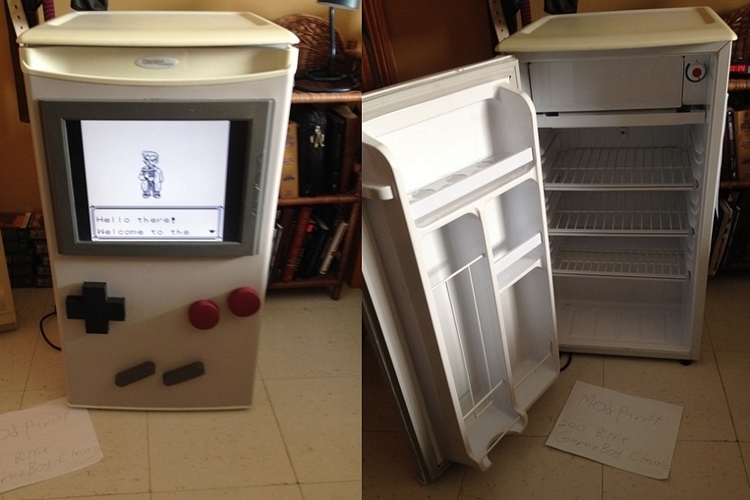 Created by Daniel d’Entremont, it’s a mini-fridge that’s been rigged to sport a supersized playable Game Boy out front. That way, you can play your favorite 8-bit title right on the same appliance where you grab your beer, so you can drink, play, and maybe grab a cold sandwich to your heart’s content.

While the safe way would have been to simply build a game cabinet then attach it to the fridge door, d’Entremont refused to take the shortcut and installed the hardware right on the Game Boy Fridge’s door. As in, he cut large holes in the door to install the LCD, the controls, and all the electronics, which he later reinforced with fiberglass panels, so the fridge managed to retain its insulating properties. Since you probably can’t get gigantic controls from a hobby shop, each one is custom-made from wood, which are hooked up to tact switches that are, then, wired up to a USB keyboard. A Raspberry Pi running RetroPie that’s mounted at the back of the fridge powers the action.

It took d’Entremont just nine hours to complete the whole build (three hours a day for three days), which is quite impressive. The Game Boy Fridge currently sits as a centerpiece in his dorm room.