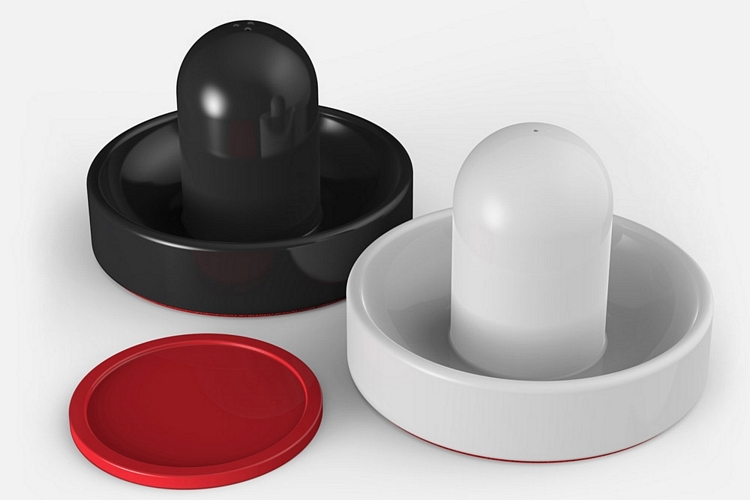 There’s no shortage of novelty salt and pepper shakers, from light switches to Rubik’s Cubes to magic wands. And while they make it fun to season your favorite dishes, their usefulness ceases as soon as a meal is over. These new Game On Shakers, on the other hand, can make themselves useful even after dinner, letting you turn the dining table into an instant air hockey game.

Designed by Winnif Pang for Fred & Friends, it’s a pair of shakers clad in the shape of air hockey paddles. They’re not just decorative, too, as they come with felt pads on the bottom for gliding over flat surfaces and an accompanying plastic puck, so you just set up a net at either end of the table to partake in a post-meal family contest. 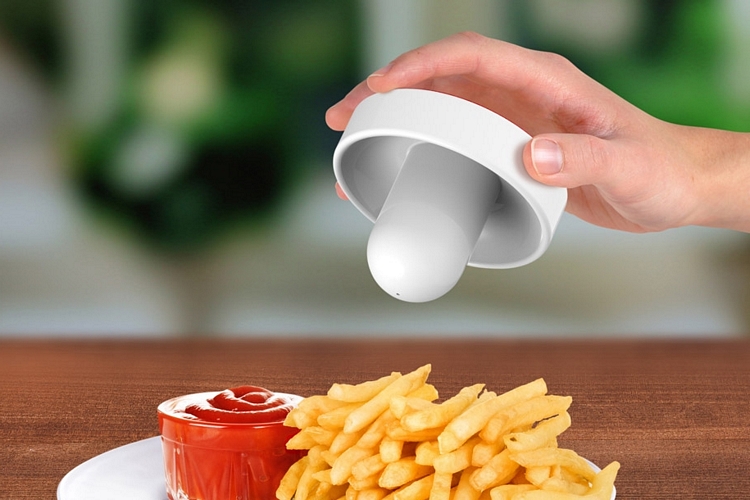 Measuring 3.68 x 3.68 x 2.55 inches (h x w x d), Game On is sized and shaped like standard air hockey strikers, so they should function just as well as most any paddle you use for the game. Unlike those gaming-only implements, though, it comes with an interior chamber for holding your supplies of salt and pepper, which you can dispense via holes at the top of the handle.   It’s sold in sets of two, one black and one white, so you know exactly which one is for the salt and which one is for the pepper. Construction is food-safe, BPA-free, and phthalate-free plastic.

Available for preorder at Fred & Friends, the Game On Shakers are priced at $15.