GameSir G5 Is A Custom Gamepad For Mobile MOBA Gamers 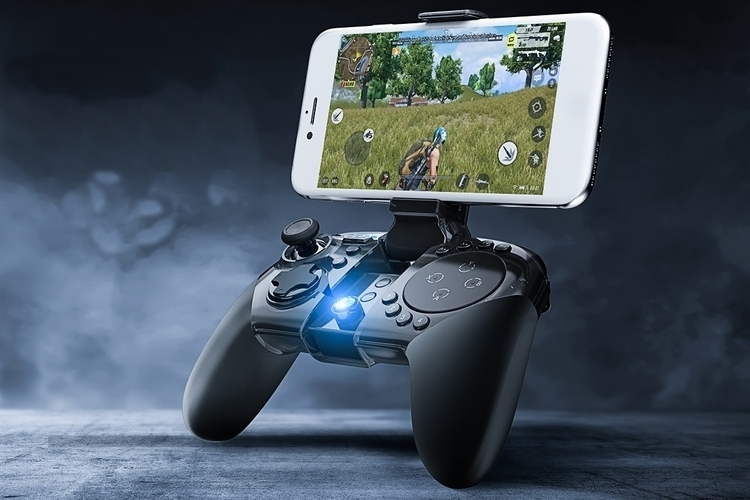 The first time you see the GameSir G5, you can’t help but ask, “What kind of controller is that?” I mean, sure there’s a joystick, a D-pad, and some buttons on there, but it really doesn’t look like anything you’ve ever seen before. That’s because it’s a specialty gamepad aimed at a very specific subset of gamers.

Designed for mobile multiplayer online battle arena (MOBA) players, the gamepad gives you an easier way to control the game when you’re playing on a tiny smartphone screen, all while customizing the layout to facilitate maximum efficiency during play. Whether you’re playing Heroes of SoulCraft, Call of Champions, or Arena of Valor, using this in place of the virtual controls onscreen should give you a massive leg up in the game. 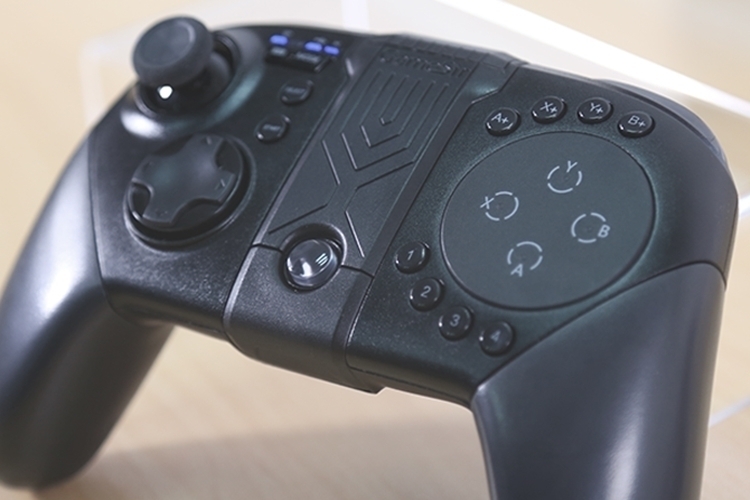 The GameSir G5 has an analog stick and a D-pad on the left side, similar to most modern gamepads, along with four shoulder triggers for single press access to various actions. That familiarity quickly changes once you shift your attention to the right side of the gamepad, which contains a round trackpad with four capacitive buttons and eight additional buttons surrounding it. They also threw in two long travel buttons in the shoulder (at the L4 and R4 position), as well as two paddle triggers in the back, similar to those found in gamepads used by serious console gamers. 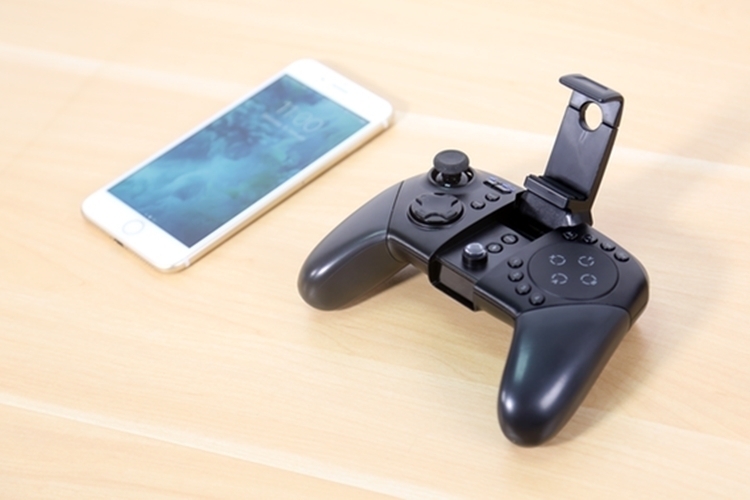 The full-haptic trackpad boasts precise finger input detection, so you can tap, swipe, and drag just as easily as you would on the actual touchscreen. According to the outfit, the trackpad will simplify casting spells on MOBA games immensely, while also facilitating complete control of the camera when playing an FPS title. The four capacitive buttons on the trackpad, by the way, come with raised dots at the center, so you can tap at the right position even without looking. All eight buttons surrounding the trackpad are easily programmable, allowing it to serve as custom hotkeys for different situations. As an example, the outfit says you can use the upper buttons as level-up spell hotkeys and the lower buttons as summoner spell hotkeys in Arena of Valor, while serving as supplier pickup hotkeys in Rules of Survival. 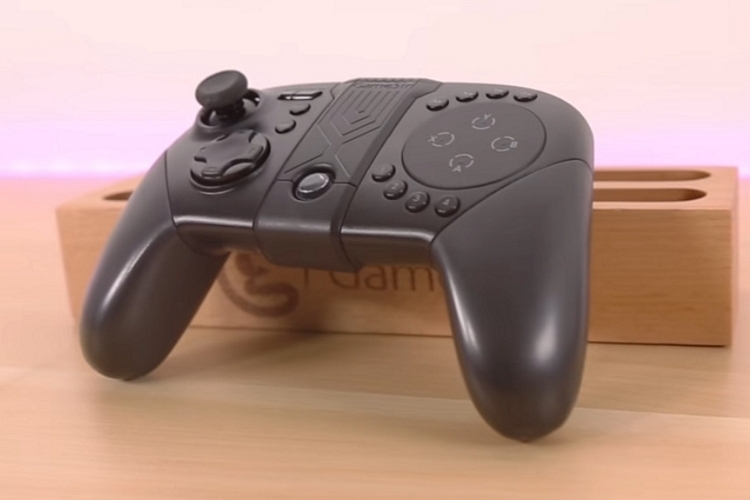 The GameSir G5 uses mechanical triggers on the shoulders and back, ensuring very low button resistance, so you can perform actions without straining your fingers. They’re programmable, too, so you can assign them to your most commonly-used actions to make it even easier to bring them up. The center panel of the gamepad’s shell can also be lifted up, allowing it to serve as an adjustable dock that positions your smartphone at the top of the controller for optimum placement during play. It can hold your smartphone at any angle between 110 and 150 degrees. Just to round things off, it uses Bluetooth 5.0, which is two times faster than the previous standard, while also having four times greater range.

A Kickstarter campaign is currently running for the GameSir G5. You can reserve a unit for pledges starting at $49.