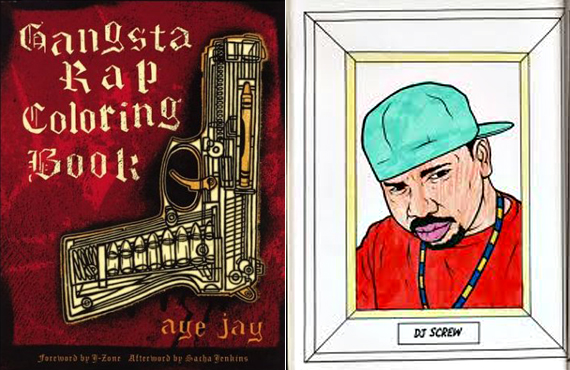 Want to bust out the Crayola and give your once-vaunted coloring skills a much-needed work out?  Skip the Spongebob Squarepants and wax those skills on something more adult-oriented with the Gangsta Rap Coloring Book.

Authored by Anthony “Aye Jaye” Morano, the book features full-page portrait drawings depicting some of hip-hop’s most popular figures.  Many of music’s biggest thugs, from Eazy E to B.I.G. to DMX, are represented, clad in thick black outlines housed inside similarly drawn frames. 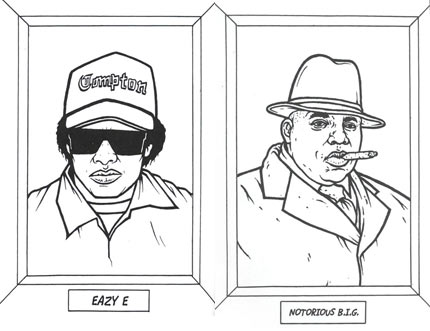 The Gangsta Rap Coloring Book is an 11.1 x 8.4 inch volume, filled with pages of clean drawings you can deck in heavy slabs of color.  This expanded version is published by Last Gasp and contains 48 pages – 28 more than Morano’s self-published original release.

Surprisingly, it’s all rappers depicted on the thing, with none of the bikini-clad entourage that got me watching gangsta rap videos in the first place.  So I guess that makes it just a tad more general patronage, provided you don’t start dropping the rhymes you memorized from the NWA discography while engaging in some coloring activity time with the kids.