Stage Your Own Robo-Battles With The Ganker Fighting Robots 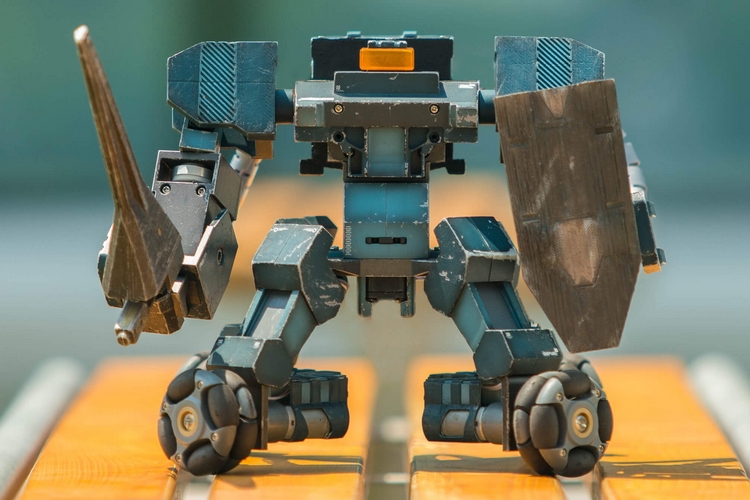 There’s an undeniable appeal to watching robots duke it out in an arena. Whether it’s as epic as Pacific Rim or as small-scale as BattleBots, it’s just endlessly fascinating. And soon, you can enjoy pitting robots against each other for entertainment from the comfort of your home with the Ganker, an app-controlled battle robot.

A toy-sized robot with a style that looks straight out of Gundam, it lets you square off two automatons against each other in a battle to the death. Well, as close to death as point-fighting mini-mechs can get anyway. That’s right, these robots won’t actually obliterate each other like those destruction machines on BattleBots, so you don’t have to do major repairs (or buy an entirely new toy) after a particularly nasty throw down. 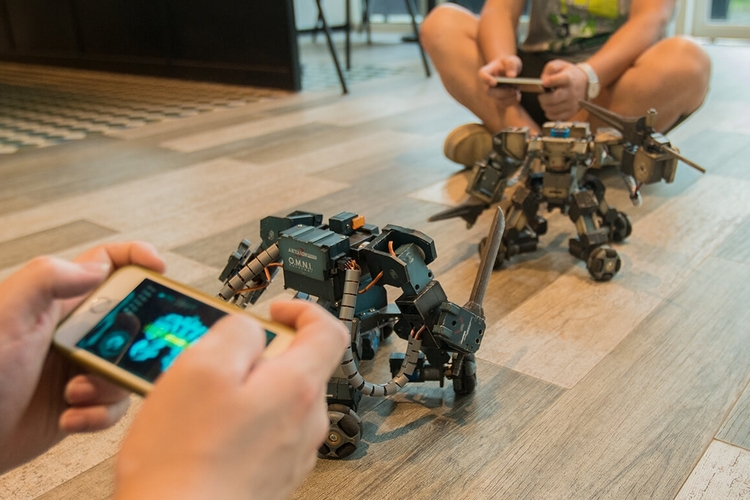 During fights, the Ganker robots, basically, duke it out in melee fashion, going after each other with punches, kicks, and whatever handheld weapons they can get their hands on. Each is controlled through an accompanying smartphone app, so you’ll need an opponent to engage you during battles, with sensors all over the armor recording every hit a robot takes. Each hit causes a drop in a robot’s health points, with the first robot to completely drain their opponent’s health emerging the victor. 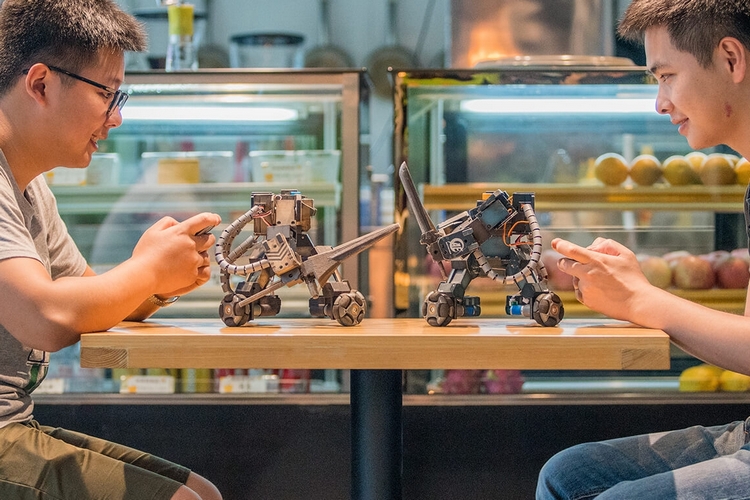 Servo motors on each joint (it has nine total) of the robots allow them to punch, kick, and perform other legit fighting motions, with four-direction mobility allowing it to move freely across the fighting pit (aka your coffee table). It measures 200 x 210 x 210 mm.

An Indiegogo campaign is currently running for Ganker. Pledges to reserve a unit starts at $249.