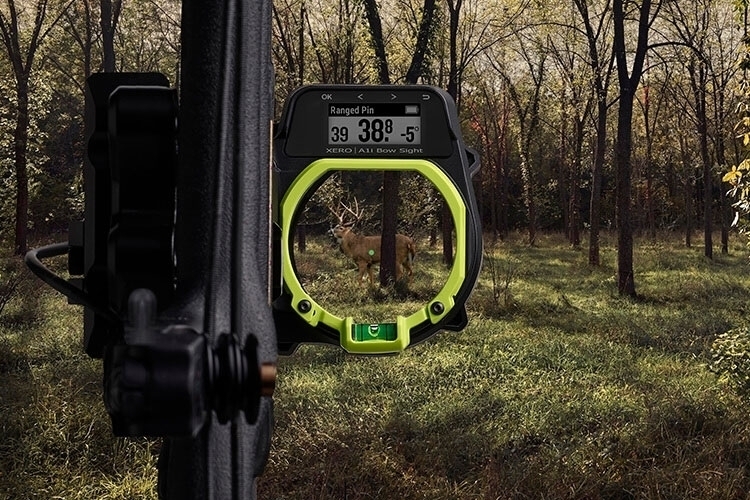 When you’re using a hunting bow, estimating the distance of the target is an important part of the process, as it lets you know exactly where to aim to compensate for distance. Problem is, we’re human, so our estimates aren’t always going to be accurate. Heck, it’s actually going to be very poor a lot of the time. That’s where hunting aids like the Garmin Xero A1i comes in.

Billed as a “groundbreaking auto-ranging bow sight,” the device can automatically measure the distance to any target at the push of a button, then provide a precise virtual pin to help you see exactly where the arrow is going to hit. According to Garmin, it will help take the guesswork out of ranging a target more than any other bow sight before it, improving your target of hitting that elk, boar, or deer immensely. 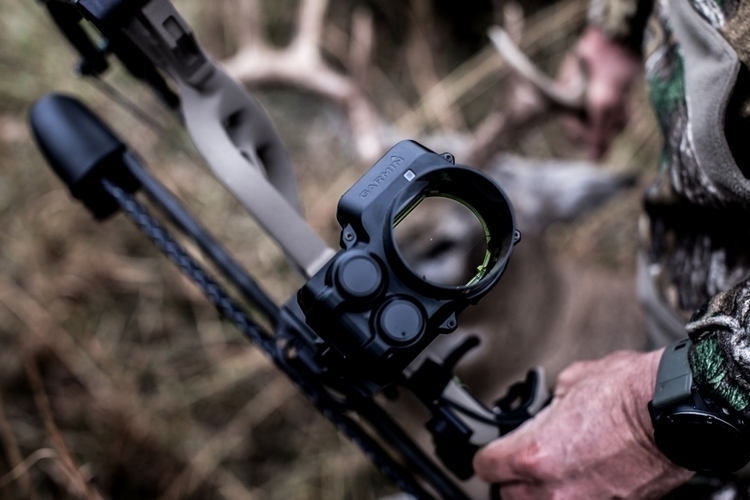 The Garmin Xero A1i attaches to the bow right along your line of sight, allowing you to look at the target through the integrated transparent display. A small screen above that transparent panel shows distance, true horizontal distance, and shot angle as determined by the integrated sensors, which the device then uses to create a virtual sight pin (basically a small dot of light), which you should use as a guide for precise arrow placement. From there, you simply draw your arrow, aim, and release. Yes, you still have to release the darn thing correctly, but having the sight in place should make the shot all that much easier.

Since different arrows fly differently, the device comes with memory space for up to 10 arrow profiles, each of which you can program independently onto the system. As long as you choose the correct arrow for each shot, the device can make the proper adjustments in its computations, ensuring it shows the correct target whether you’re using carbon, aluminum, or some other type of material. 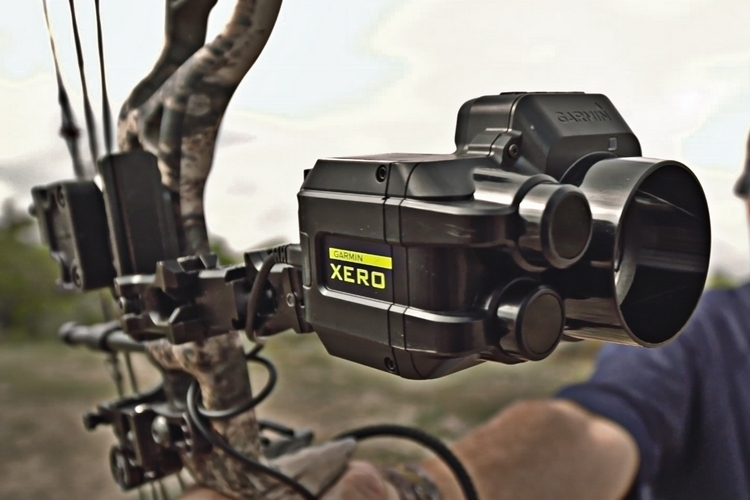 The Garmin Xero A1i can read the distance up to 100 yards (300 yards if the target is reflective), all while compensating for variations in elevation (it also measures angle), so this thing will make precise calculations whether you’re shooting at a target in the same plane, uphill, or downhill. It can show either a single-pin or a multi-pin layout, depending on which one you prefer, with an ambient light sensor automatically adjusting the pin’s brightness. There are also manual controls for adjusting the display’s brightness on the fly. 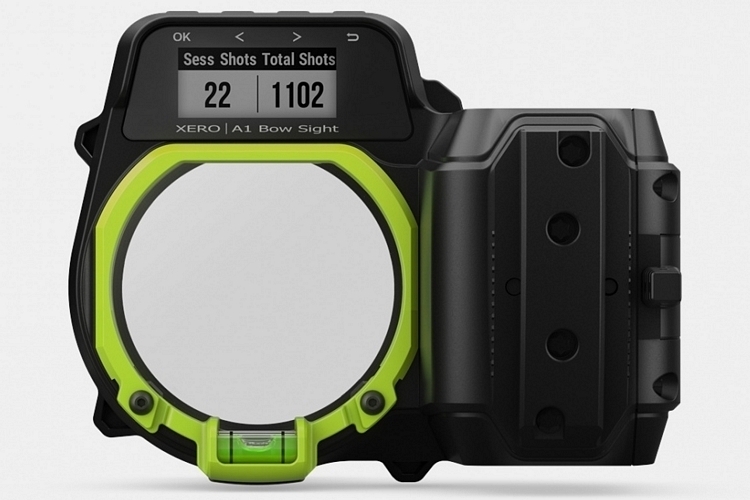 It has an IPX7 water resistance rating, so you can use it when hunting in the water or in the rain, with the whole thing powered using two AAA batteries, a fresh pair of which can keep it running for up to one year of moderate use. A built-in shot odometer will record every arrow you launch, while tracking sensors record shot dynamics like arrow speed, bow impulse duration, and bow roll, among other information. Dimensions are 3.9 x 3.1 x 3.8 inches, with a weight of 14.7 ounces.

Available in left- and right-handed models, the Garmin Xero A1i is priced at $999.99.