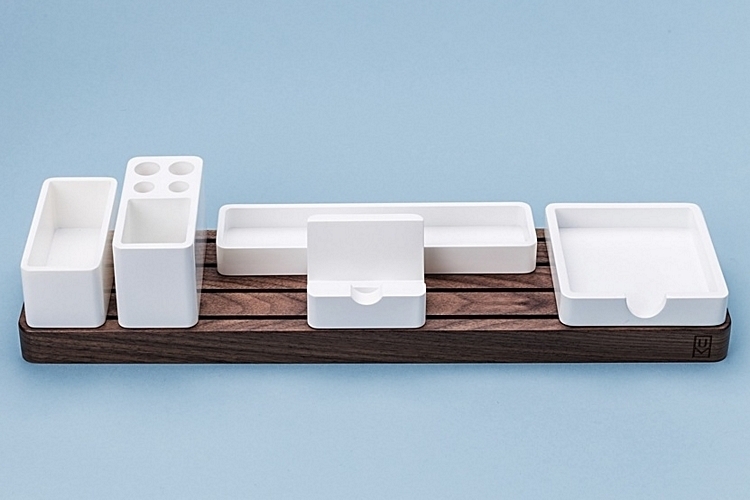 We know, Tetris pieces that fall from the sky don’t exactly sound like the greatest idea for a desk organizer. That’s not what we’re talking about here. Instead, the Gather uses a modular design that allows you to arrange its multiple pieces in ways that resemble a block of bricks in the classic game.

It all starts off with a wooden base containing four rows of slats designed to serve as rails of sorts for the individual containers, each of which contains four tiny legs (one on each corner). These containers can be positioned anywhere along that base, with the grid ensuring they’re never accidentally moved out of place, since the only way to move them is by either pushing them across the grid or picking them up completely. 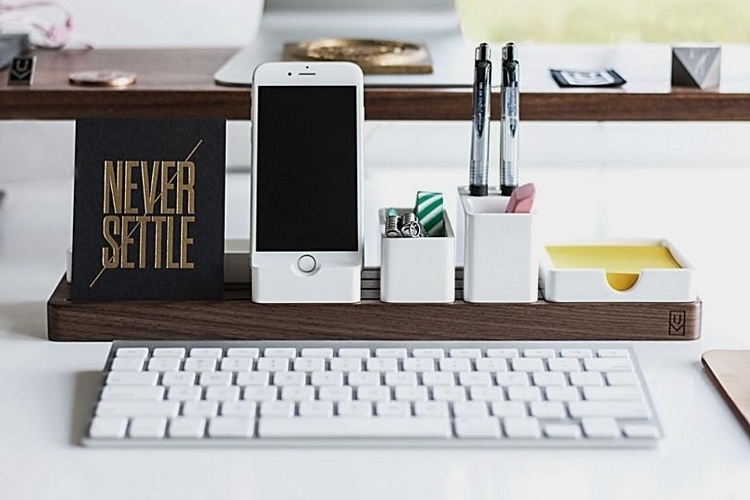 Gather comes with five different containers that can be installed on the grid, namely a small tray, a long tray, a pen holder, a phone/tablet stand, and a Post-It tray. There are two optional wooden accessories that are designed to snap on to the sides of the base (courtesy of integrated magnets), namely a coaster and a headphone stand, although you can also them on their own in a separate section of the desk. The best part? The tiny legs underneath the containers aren’t all that complicated, allowing you to hack any container to be compatible with the base, giving the modular system even greater function. 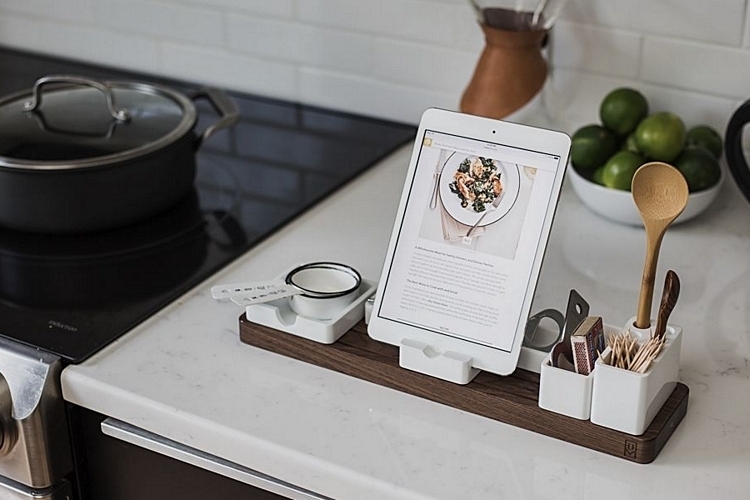 A Kickstarter campaign is currently running for Gather. You can reserve a unit for pledges starting at $99.