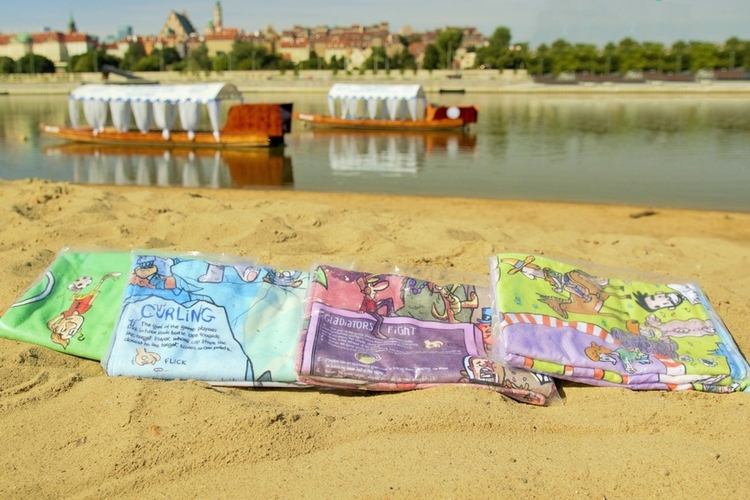 Beach towels are great (especially when they look like giant pizzas), they let you lie down at the beach and soak in the warm sun, without getting every inch of your body covered in sand. Gato’s gaming towels, however, add an extra function to the mix, serving as a board game you can play with while lounging the day away.

Instead of being printed with decorative patterns and images, the towels are printed with an actual game surface, so you can play on the same towel you’re using to plop down on the sand. They don’t require dice, tokens, or cards to play with either, with any random bottle caps, rocks, or seashells able to serve as functional game tokens. 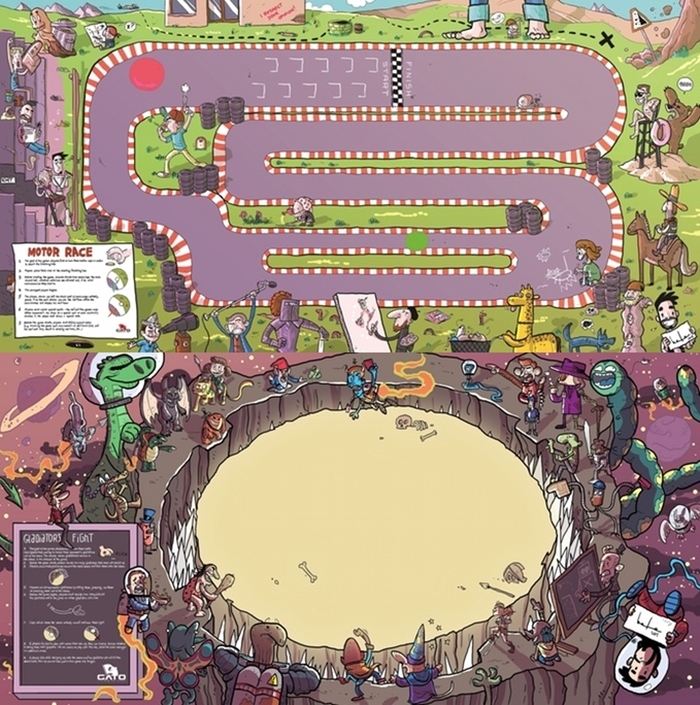 Gato currently has four different gaming towels in their lineup: Motor Race, Gladiators’ Fight, Curling, and Football. Each game has a different set of rules, although the gameplay for all of them revolve around flicking the tokens in order to accomplish a goal. In Motor Race, players race to take the finish line without going out of bounds or colliding with other players; in Gladiators’ Fight, they try to knock each other out of the arena; in Curling, players try to hit a target similar to a dartboard; and in Football, they try to score on the opponent’s goal. The rules for each game is printed right on the far edge of the towel, so players can easily review if they’re not sure what to do. 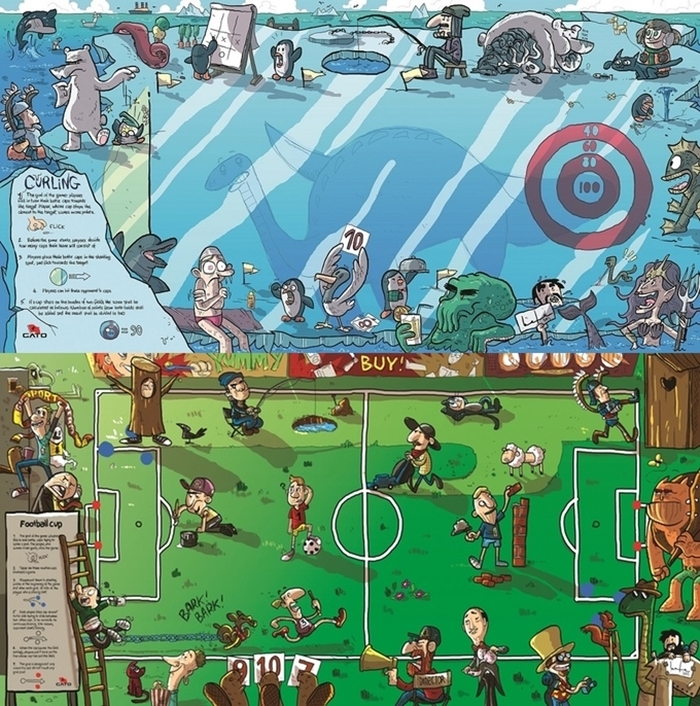 Construction is microfiber on the top side and cotton on the bottom, so it’s, pretty much, like any ordinary beach towel. Each one measures 55.12 x 27.56 inches.

A Kickstarter campaign is currently running for the Gato Gaming Towels. Pledges to reserve a unit starts at $29.