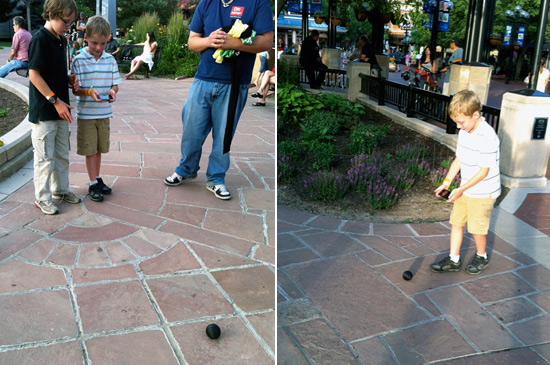 Robots controlled by your smartphone – that’s the concept GearBox is promoting.  More importantly, though, the robots themselves will be flexible, such that people can  write their own apps to control it.  Their first prototype for such a platform is called the GearBox Ball, a wireless robotic sphere with a hardware suite designed to interface with smartphones.

They’re calling it a “smart toy” and the name makes perfect sense.  Leveraging the hardware and software capabilities of smartphones, you can’t only control the robots,  you can build entire games around them. 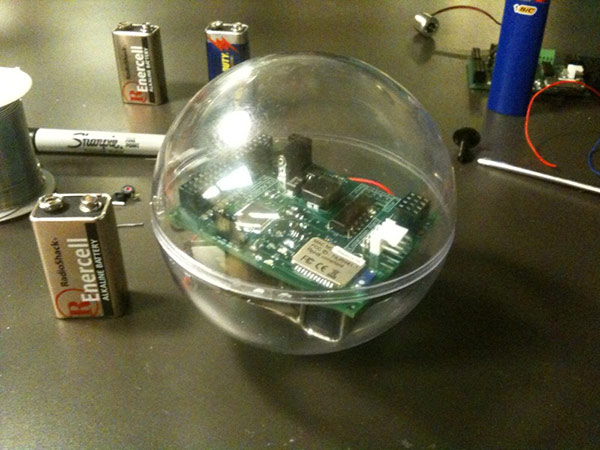 Each GearBox Ball, for instance, once tethered wirelessly to your phone (via their software), can be controlled by tilting the handset in the direction you want it to roll.  While that sounds fun on its own, they’re also writing a game called Sumo, which pits two balls on a head-to-head battle.  The idea is to put the balls on a platform, control them individually via a smartphone and have them try to knock each other off.  In this case, the software not only controls the ball’s direction, but recognizes events the physical robot experiences too, such as when they collide or fall off.   As such, it can keep tabs of stats and even impose rules, such as balls slowing down in movement after being hit ten times or balls gaining speed after executing certain combos.  To put it simply, this can take robot games to a whole other level.

Aside from their own apps, the creators also opening the robot to other developers via an API.  That means people can practically invent their own applications for the spherical “toy” without having any hardware knowledge.  The current GearBox Ball comes with Bluetooth (100 foot range), eight inputs, eight outputs, two speed controlled motors, four servo motors, one serial COM port and one I2C expansion port, so there’s quite a lot to work with, provided you’ve got the imagination (and the programming skills) to spare.

It’s still likely a long way before this goes to production, but it sounds like a really exciting piece of tech to watch out for.