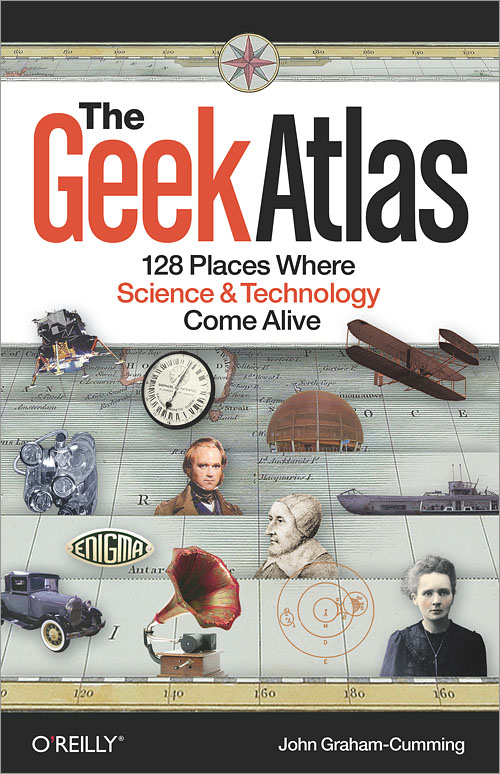 While travel books serve to get you up to speed on places to visit, they don’t particularly cater to those whose tastes lean towards science rather than cultural curiosity.   “The Geek Atlas: 128 Places Where Science and Technology Come Alive,” from O’Reilly, bridges the gap, putting the focus on sites where notable advancements in science, mathematics, or technology have either taken place or are currently happening.

A unique traveler’s guide, the book ditches the typical tacky treatment of pop science materials, choosing to address its readers as serious…uhm…geeks.  It’s organized by country, so you can dive right into the section of wherever you’re looking to travel, with entries from countries such as the US, UK, France, India and more.  Latitudes and longitudes for each spot are included for those programming their GPS devices, as well.

Far from just listing sites of interest, the book includes information about the people involved, along with detailed stories behind each scientific leap.  Some of the recommended places are just what you’d expect – science museums and technology centers, such as Bletchley Park in the UK (where the Enigma code was broken) and the The Horn Antenna in New Jersey (where the Big Bang was confirmed).  Others, however, are a bit more amusing, such as the descendant of the apple tree where Isaac Newton sat under when that fruit supposedly fell on his head.

Those looking to feed their scientific appetites during their next trip would do well using “The Geek Atlas: 128 Places Where Science and Technology Come Alive” to go along with their usual Frommer’s volume for all that other mundane stuff you’re supposed to do when traveling.  It will be available in bookstores beginning June 3 for $29.99.