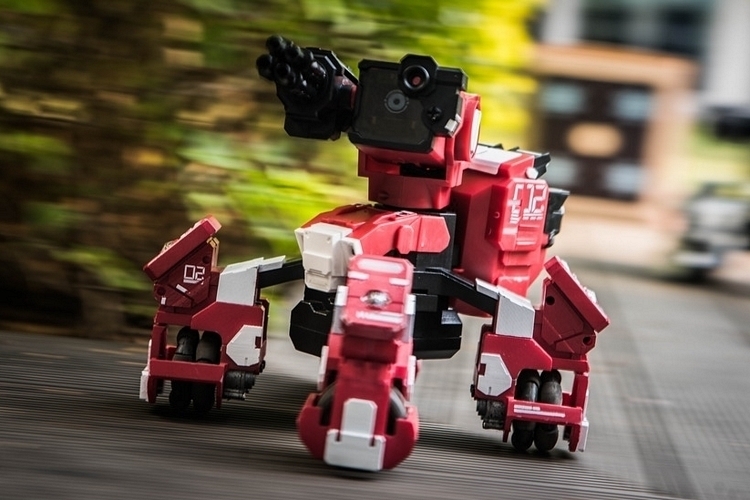 In the future, it’s not preposterous to imagine robots fighting our battles. How exactly that will look like remains the prevailing question. The GEIO offers a potential glimpse to the mecha battlegrounds that await us in the future.

A toy robot designed to wage augmented reality battles against each other, the droid comes equipped with a camera, allowing users to operate them similar to first-person shooters. That means, you can play a robo-FPS game on your phone using real robots running around in the room, creating an entirely new gameplay experience. 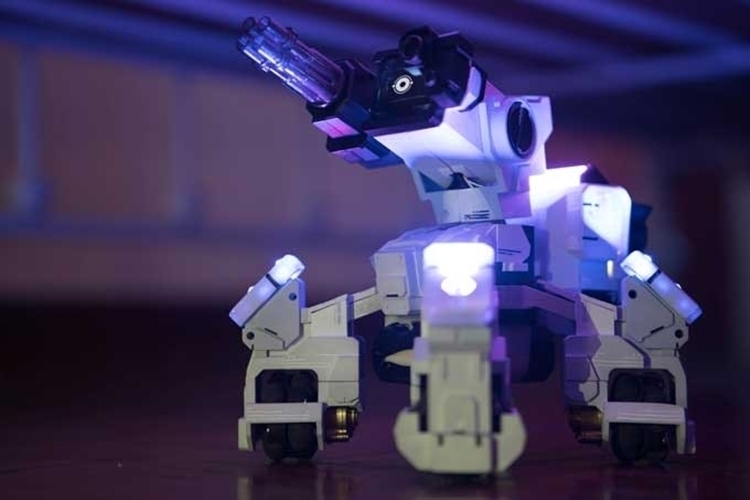 The GEIO is a four-legged robot that moves around using wheels on each of those legs. Each robot is designed to be operated from the accompanying app, where users control them through a first-person point of view. Similar to Anki’s battle cars, the robot doesn’t actually shoot any weapons on its own, so it won’t leave your furniture tattered and damage. Instead, all the lasers, missiles, and other ammunition stay strictly on the virtual realm, with the ensuing action viewable on the app via augmented reality.

According to the outfit, the robot is fast enough to cover two meters of distance in just one second, all while having the ability to quickly rotate 360 degrees for excellent maneuverability. As such, the app comes with a speed race mode that allows you to go head-to-head with another robot in a race to the finish. Weapons aren’t activated in that mode, although you can crash your robot into another robot in order to slow them down. 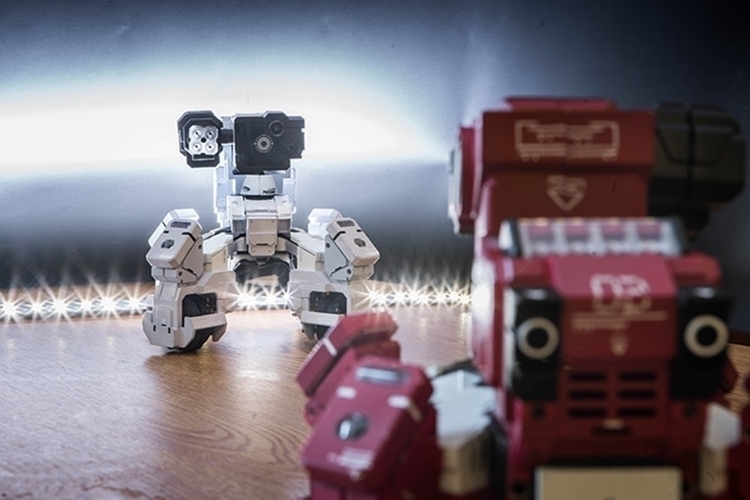 The GEIO can identify and track other GEIO robots autonomously, as well as lock in a target without player intervention. As such, you can have the robots fighting in autonomous mode, so you can simply sit back and enjoy watching the ensuing mayhem. You can also control your robot manually, while fighting a robot that’s operating autonomously, so you can see how well you will fare against a battle robot’s AI. During gameplay, by the way, the game adds virtual items called totems to your location, which you can have the robot can scan to gain special in-game abilities. These special abilities include the ability to freeze enemies, confuse enemies, fortify your strikes by a factor of five, restore health, and slow down an enemy. Yeah, it’s basically a video game except the robots are literally roaming around the room. 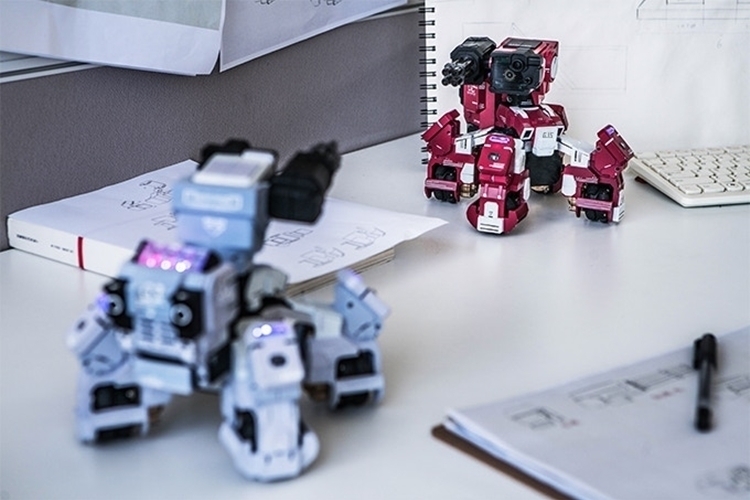 The most basic game mode is called “royal duel,” which is a head-to-head robot battle with both robots controlled by human players. There’s also an “Attack and Defense,” where one robot gets lower hit points but can run fast while the other one gets a higher hit point and a stronger weapon but is unable to move. In addition to the aforementioned “Speed Race” mode, there’s also a “Scavenger Hunt Race,” where the app hides a secret totem somewhere in the room.

A Kickstarter campaign is currently running for the GEIO. You can reserve a unit for pledges starting at $99.