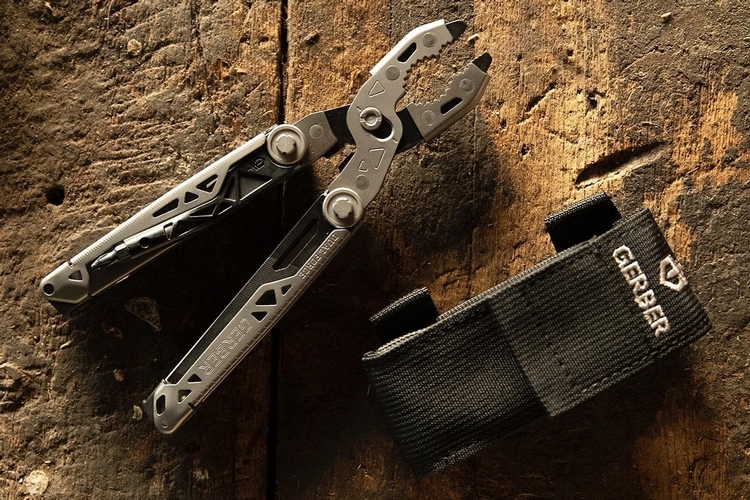 Most plier multi-tools can handle light and medium tasks. However, when faced with tougher jobs that require a lot more elbow grease to pull off, no one’s going to blame you if you reach for a regular pair of pliers from your toolbox instead. They just tend to work a lot better for those challenging tasks. With the Gerber Dual-Force, the outfit’s hoping a trip to the toolbox is no longer necessary.

Remember the Gerber Center-Drive, which incorporated a screwdriver that mounted directly at the center axis, delivering the kind of torque and leverage you get with a standalone driver tool? This is like the pliers version of that, delivering grip, handspan, and strength that should hold up to the overall performance of standalone pliers. 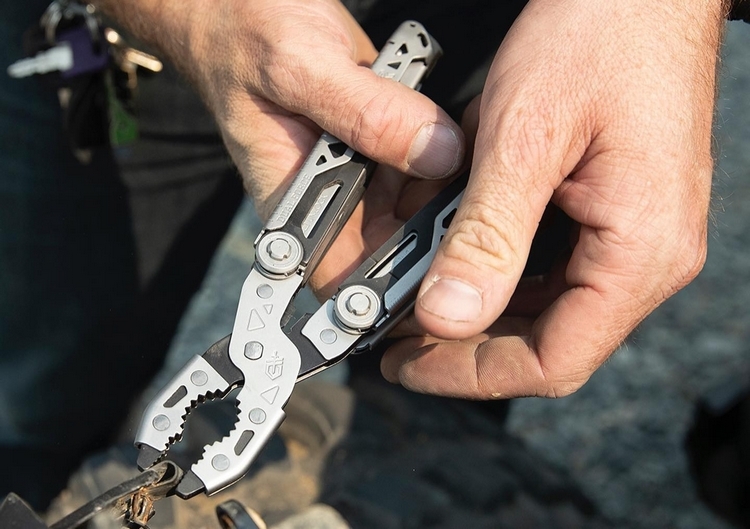 The Gerber Dual-Force is longer and bigger than the outfit’s typical multi-tools, coming in at 4.65 inches long and 0.84 inches wide when closed, so while this will technically fit in many pants pockets, we doubt it’s going to be all that comfortable. The main tool is, of course, a large slip-joint pliers head that can be locked in two positions, so you’ll either love this or absolutely hate it just like most people do with traditional slip-joint pliers. If you’re among the group that actually likes the design, then there’s plenty more to suggest you just might like the multi-tool even more.

It comes with blunt nose pliers and two fastener pliers on the head (one large, one small), as well as a wire cutter and wire stripper available using the same pliers movement. According to Gerber, it delivers twice the jaw strength and twice the total grip force of other pliers-based multi-tools, allowing it to “operate like a dedicated set of pliers.” It also boasts a 47 percent narrower handspan than competitor tools, which, the outfit claims, is one of the main reasons it’s able to supply a better grip and stronger force. 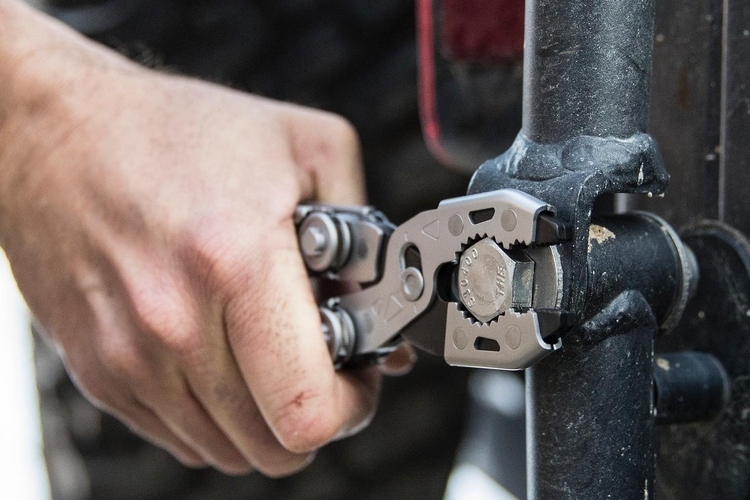 The Gerber Dual-Force also integrates the same center-axis technology from the Center-Drive, which means its 3.35-inch driver (which can take different bits) should provide torque and leverage comparable to those found on dedicated hand tools (as in, you can rotate it the same way as a regular screwdriver), as well as a 3.25-inch plain edge blade to handle any cutting and slicing tasks. It has a pair of built-in bit holders, by the way, allowing you to keep any bits you need on hand, with a Phillips #1, Phillips #2, and medium slotted bits in tow. Aside from those, it also comes with an 8-inch ruler (also has centimeter markings), a saw, a fine/coarse file, and a chisel edge for any prying jobs. 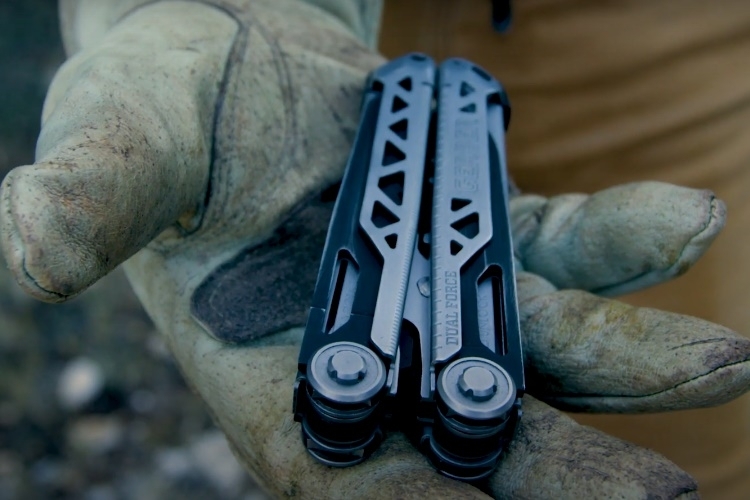 All of the main functions are easily deployable from the multi-tool’s closed position, each with a locking feature that secures it in place to ensure proper use. Other features include a total weight of 12oz (less, if you remove the bits), a lanyard hole, and a nylon sheath that can be mounted on a belt either vertically or horizontally.

The Gerber Dual-Force is available now, priced at $110.