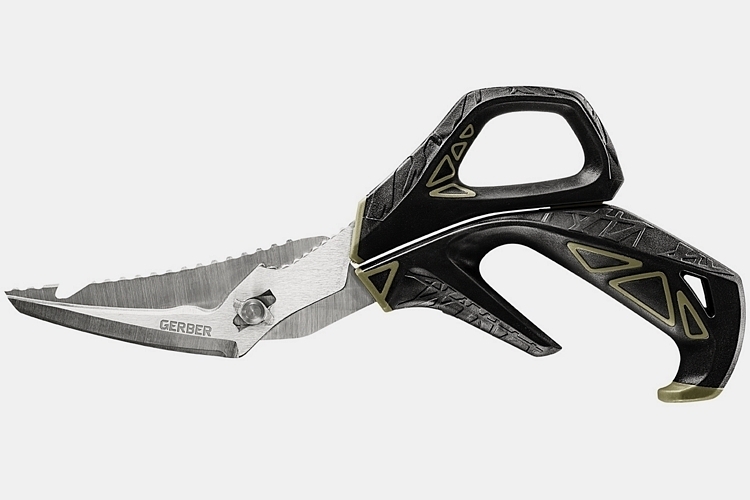 According to Gerber, most anglers rely on a standard pair of scissors when cleaning their fish. That makes sense, since sharp shears are great for cutting off fins, tails, and anything else you want to slice off from a fish. That’s why for their specialty angling tool, the Gerber Processor, the outfit decided to cast it in a modified scissor form factor.

Designed to bundle multiple fishing functions in one, the multi-tool looks almost like a kitchen scissor – albeit, with an odd shape that was necessary to enable ergonomic handling while performing different tasks. The result is a tool that can cut fins and tails like any large scissor, while also gaining the ability to scale fish, prep bait, and several other chores anglers are likely to encounter. 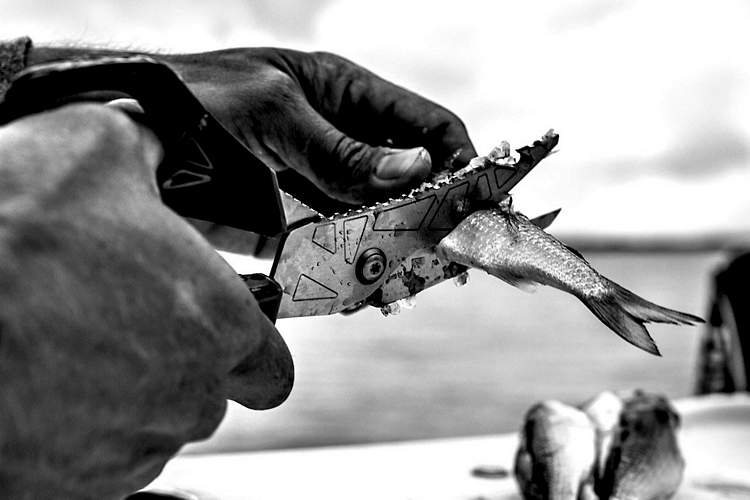 The Gerber Processor is a large pair of scissors, although it’s similar in size to the ones fishermen are likely to bring along into their boats, so it won’t really take up any more space than standard fish shears. Of course, it is a multi-tool, so aside from cutting things like a scissor, it also comes with a gut hook on the top blade for quickly opening a fish up, a dedicated fin clipper for cutting those fins off much faster (it sits deep inside the scissor blades), a ground-in scaler on the top blade (you flip the tool around to use it), and a standard knife edge on the bottom blade, so you can leave your knife in the toolbox and just use this instead. No, it probably won’t replace a proper fishing knife (e.g. such as when cutting through heavy bones), but it should handle most common cutting tasks.

All the tools can be used directly with no need to equip anything or take any component apart. They did, however, design it with a clever splitting function that allows you to separate the scissor’s two blades with just two quick moves. This allows you to use the scaler to clean fish while your angling buddy uses the knife to slice some vegetables to use in your stew, apart from making it easy to clean the tool (if you’ve ever tried to clean scissors, you know it can get tricky). 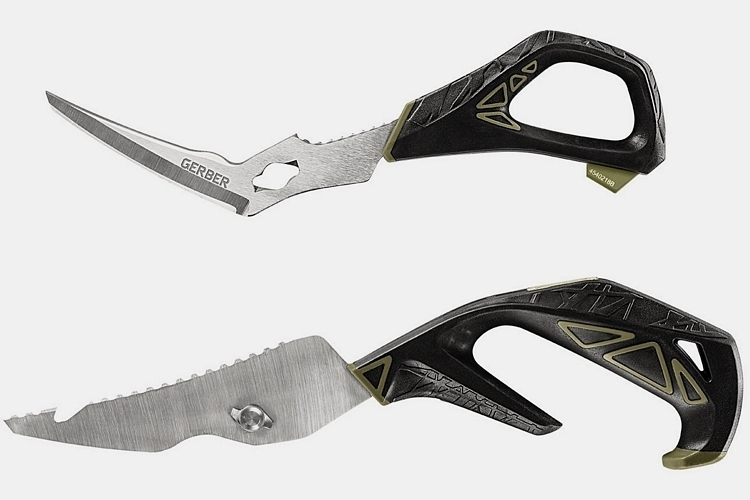 The Gerber Processor has a handle made from glass-reinforced nylon and TPE, with an ergonomic shape that will support various grips, allowing all the available tools to be used comfortably. A special grip called HydroTread is applied in strategic raised sections of the handle for added traction, all while quickly wicking water away, so water doesn’t collect anywhere along the handle. 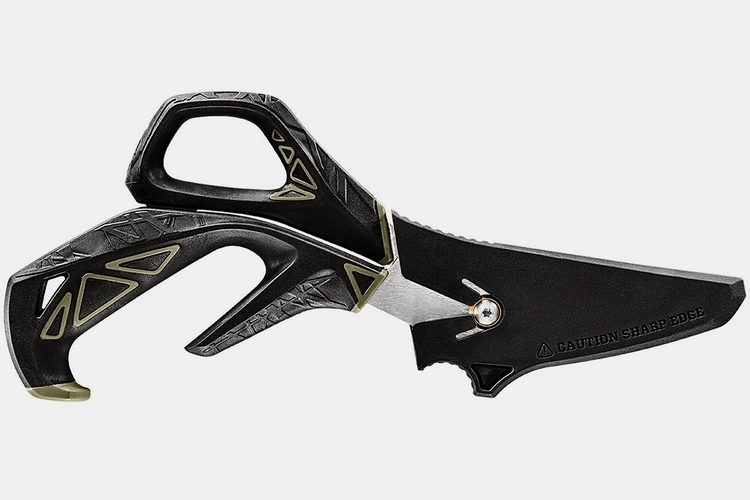 Since these shears have exposed blades on both sides, it’s not very safe to leave exposed. As such, it comes with an accompanying sheath to keep the blades covered whenever it’s not in use, complete with a safety choil that ensures you won’t accidentally touch one of the blades while removing the scissors from the sheath. There’s also a lanyard hole on the handle, just in case the large holes on the scissors are way too big for your tastes.

The Gerber Processor is available now.