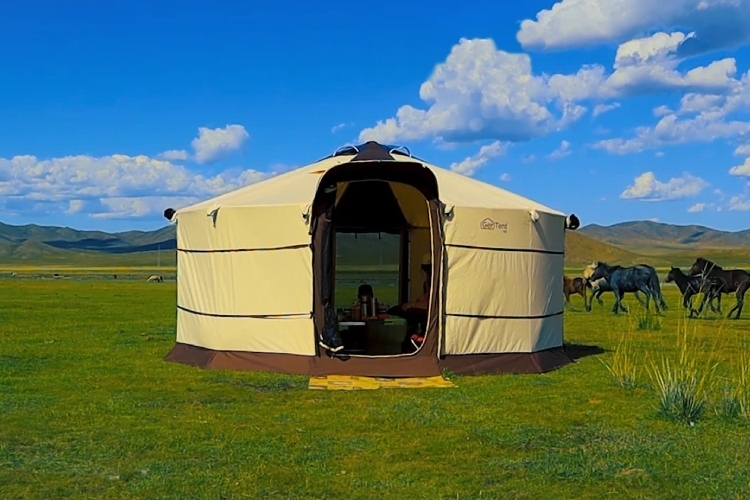 We’re big fans of large tents that let you live like a king in the wild. They’re just swell, giving you plenty of both floor space and headroom, making the outdoors feel a whole lot more like home. The GerTent, a new take on the large standing room tent, offers one of the cleanest, sleekest designs we’ve seen.

Named after the Mongolian Ger, the tent draws inspiration from the traditional portable dwelling that’s been used by nomadic groups in Central Asia for the last 3,000 years. No, the darn thing isn’t made from wooden poles and animal skin like the traditional shelter. Instead, it borrows the nomadic dwelling’s clever architecture, using it as the basis for a modern outdoor shelter. 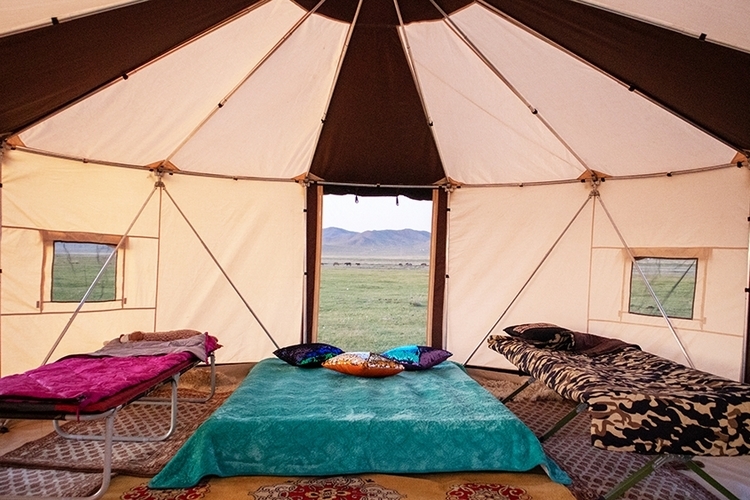 The GerTent pitches as a round-shaped tent that measures 13 feet in diameter, giving you enough floor space to sleep up to eight people comfortably. Truth be told, though, we feel like you can sleep even more in there, if the folks don’t mind really squeezing in. The roof, which is conical, stands at 7.5 feet at the highest point and 5.2 feet along the edges, so there’s plenty of headroom inside the tent, even for taller individuals. Suffice to say, you can go around jumping inside the dwelling without hitting any part of the tent. The outfit claims, by the way, that this is a four-season tent, providing you comfortable dwelling, regardless of the prevailing weather, complete with an installable stove jack when you need to extra help to stay warm. 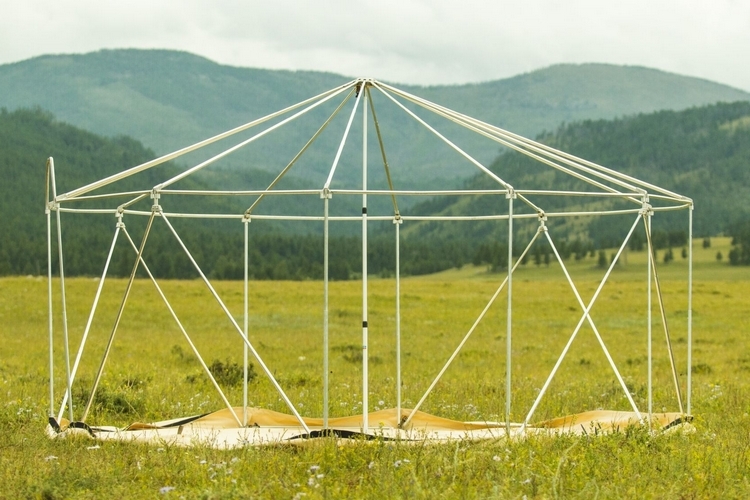 The tent’s round design supposedly allows for optimal air circulation and even distribution of heat, while two side windows and two vents at the highest point of the tent enables air to freely flow in and out. It has a zippered main door that measures 5.9 feet in height, as well as three smaller doors on the sides measuring 5.2 feet in height. From what we can tell, the three shorter doors are meant to stay close and only opened when you want to let a little more air into the shelter, although you can also divide the tent into four sections, putting up barriers in between, essentially giving you four separate shelters, in case you all want a little more privacy. 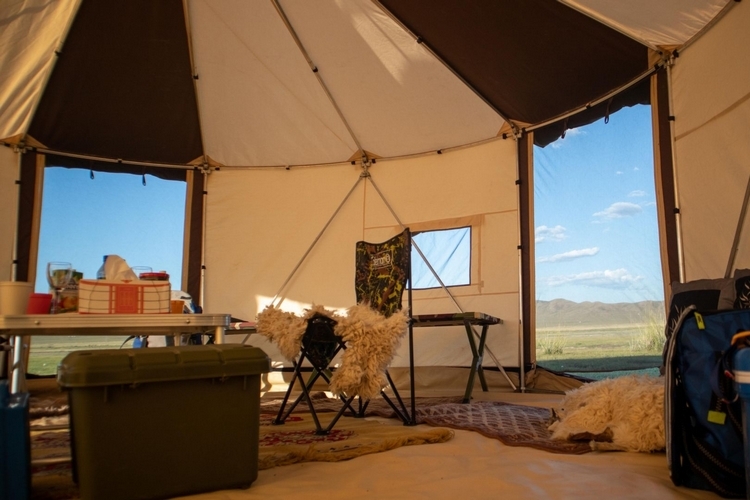 According to the outfit, the GerTent can be set up by two people in around 10 to 15 minutes, all while breaking down and packing away in around 10 minutes. When packed down, it fits into two included bags that measure 4.1 x 1.3 x 1.3 feet and 3.2 x 1.3 x 1.3 feet, respectively. Construction is 300 gsm poly cotton canvas for the tent, with a waterproof and mildew resistant PU coating, while the ground sheet is cut in 540 gsm ripstop PVC. The frames are made from 6061 anodized aluminum tubes, while the central pole uses a telescoping aluminum pole. Other parts of the tent include mesh fabric for the doors and windows, 14 pieces of nylon rope, and 30 pieces of steel stakes. 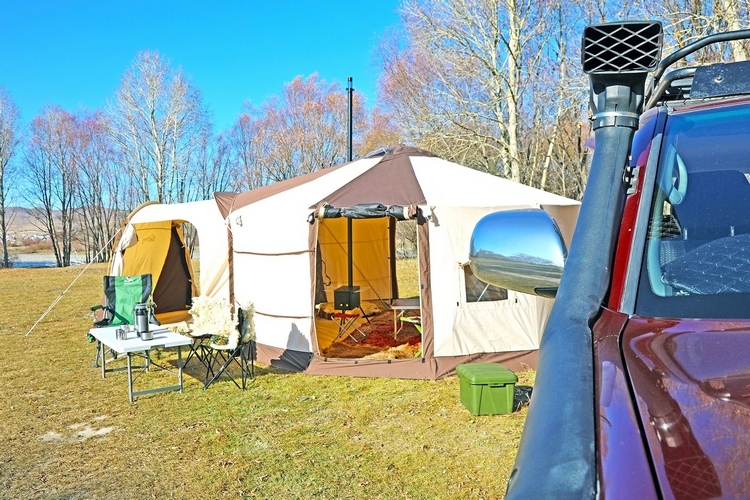 A Kickstarter is currently running for the GerTent. You can reserve a unit for pledges starting at $1,431.