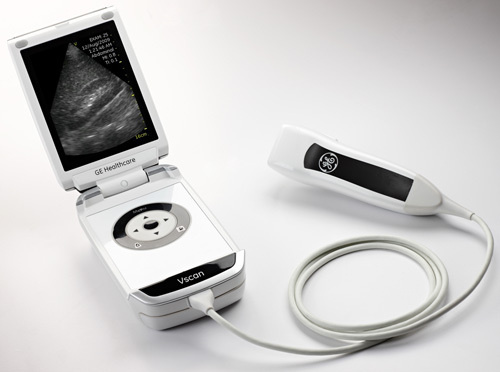 If GE gets their way, the future of ultrasound will look like a clamshell phone. Billed as the “stethoscope of the 21st century,” the company’s new Vscan puts a functional ultrasound in a very portable and very familiar form factor.

Measuring about the same size as a cheap and bulky flip phone, the handheld medical device packs a complete ultrasound console within its small frame. When flipped open, it reveals a screen display on the upper flap and navigation controls at the bottom. A wand that’s similarly tiny can be attached to the bottom of the unit when used to generate non-invasive scans of organs, babies and, possibly, implanted chips on alien abductees (we’re serious). 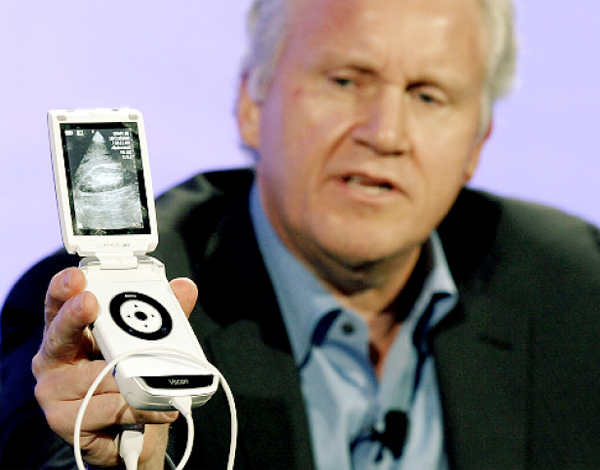 The Vscan is aimed largely at primary care doctors, who can carry it as part of their mobile kits, saving their patients from having to take an extra trip to the clinic. It’s also especially useful for emergency situations, where an early diagnosis can mean life or death for a patient’s well-being. If they’re able to get the price down, it should make plenty of sense for medical practitioners in remote areas that don’t have access to larger hospital equipment, too.

GE bragged about the device being able to manage the same results as a $250,000 console ultrasound from two to three years ago, which is a pretty amazing feat. They held back on giving either a price or a release date for it, though.

Now, when are going to have an iPhone app for that?