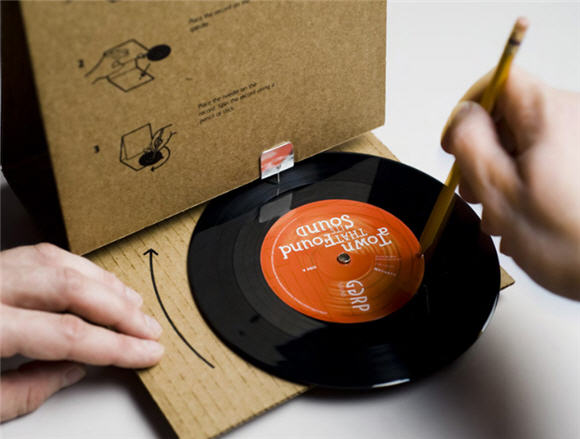 Sure, it’s nothing new. Folks who grew up in the 70s have probably seen something of the sort. For the younger bucks, though, this thing is absolutely fresh: a cardboard 45rpm record sleeve that can actually play vinyl. Like magic.

While audio engineering company GGRP Sound obviously can’t claim responsibility for the clever creation, their decision to resurrect it for a marketing material (they sent it to creative directors across North America) is definitely awesome. Even though you’re likely to only play it for the novelty of doing so, it could make for a meaty few minutes of absolute fun. 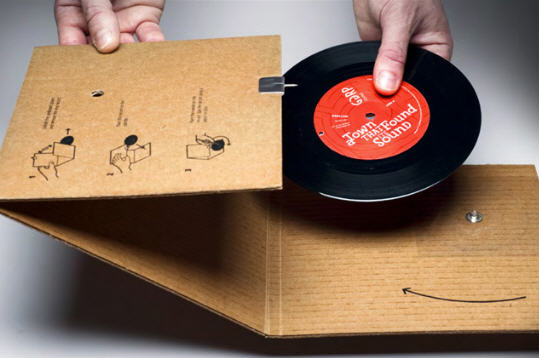 The Folding Cardboard Phonograph is a sleeve made from corrugated cardboard that houses a complimentary 45rpm record pressed by GGRP. More than a humble sleeve, however, it details instructions on how to use the packaging to play the included record. Once assembled, you can put the record through the attached needle and spin it using a pencil (or any pointed object) punched through a preset hole. The sound vibrations are amplified through the cardboard material.

Just like a real record player, you can spin it slower or faster to alter the resulting tune, perhaps even scratching it for a slightly modern twist. The video below should give you a clearer idea of how it can be played.

[GGRP via Ads of the World]