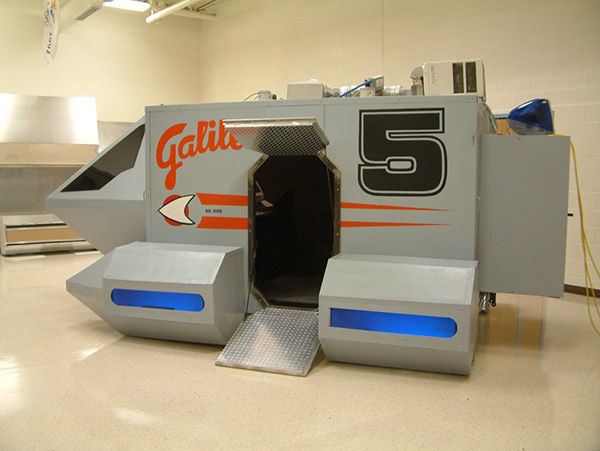 Ever wanted your own nerd fort but mom won’t let you have one?  Relive your awkward adolescence one more time with the USS Galileo Spaceship Simulator, currently available on open auction at Public Surplus.

That’s….a spaceship simulator?!?  I know, it looks ghetto as hell.  No way NASA will have anything to do with that, right?  Well, yes.  It was actually put into auction by the Alpine School District, after they mustered enough self-respect to replace it with a more proper-looking contraption. 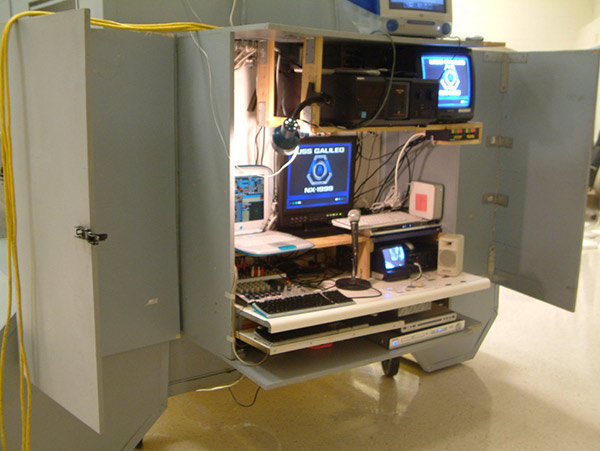 Originally displayed at the Christa McAuliffe Space Education Center in Pleasant Grove, the USS Galileo has been used to educate young minds on how starships worked for many years.  While the exterior is more reminiscent of an elementary school art project than its Star Trek namesake, the cabin should inspire some interest.

According to the auction page, it comes equipped with stations, networked iBooks and other computers, ship-wide speakers, a main viewing screen and “anything a futuristic starship should have.”  The last part, I hope, was tongue-in-cheek, because it’s sad if our battle ships of the future were really rigged like this. 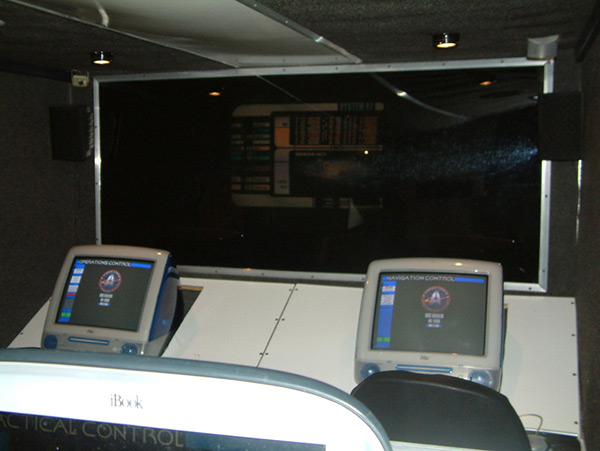 It looks like they’re selling it along with all the electronics, so it might not be that bad a purchase, provided you can get a decent estimate of market value for those machines.  As for the actual ship, you can put it in your backyard and use it as your personal fortress of nerdery.  Maybe dress it up with a new paint job while you’re at it.

Bidding is currently at $3,200, with about 19 days to go.  You still have a couple of weeks.  Keep saving up those pennies.