Let This Ghostbusters Floating Slimer Haunt Your House This Halloween 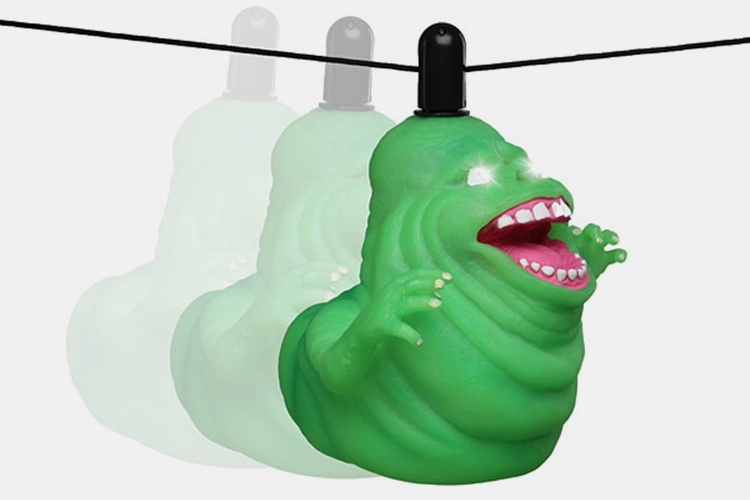 Slimer’s unusual, goofy appearance might have made him one of the most memorable elements of the Ghostbusters franchise, but he’s still a creepy ghost that can genuinely scare people if he actually appeared and flew around the house. At least, that’s what people who are hanging this Ghostbusters Floating Slimer for Halloween are going to be counting on.

Instead of lining up your lawn with the same boring monsters and zombies, this Ghostbusters prop allows you to have the “Class V Full Roaming Vapor” flying in front of the house, greeting trick-or-treaters with his large mouth and tubby physique. Rather than making ghoulish sounds, though, it plays Ray Parker, Jr.’s classic theme from the movie, giving your house a creepy yet festive feel. 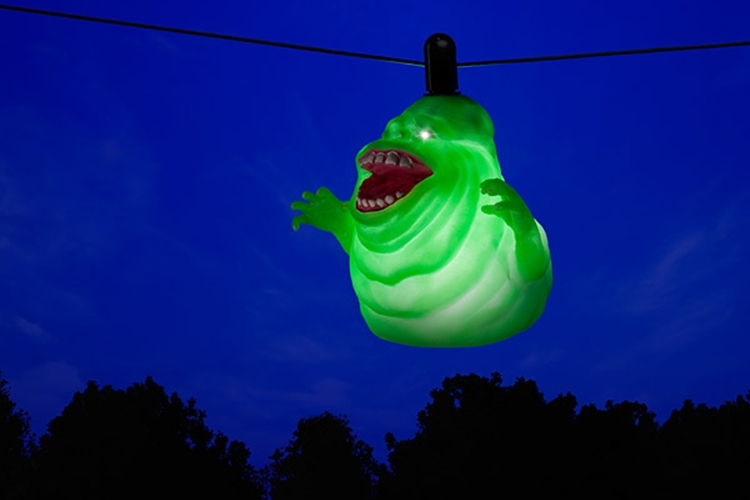 The Ghostbusters Floating Slimer travels along an integrated 15-foot long cord, where it swings back and forth using a self-operating motor. Since running non-stop for hours will probably drain the three AA batteries in a jiffy, it’s designed to only start moving once it detects sound in the immediate vicinity. That means, the Sedgewick Hotel’s former resident ghost will stay in repose while the neighborhood is quiet, then suddenly come to life as noisy kids start walking up to your front door to demand a tribute of candy. There’s also an on/off switch, just in case you’d rather not hear the Ghostbusters theme song for the next two hours. It measures approximately 10 x 10 inches, with glowing eyes and a glowing body, so it should be a conspicuous sight while it whizzes back and forth in front of the house.

Available now, the Ghostbusters Floating Slimer is priced at $42.