Finally, A Stay Puft Marshmallow Man That You Can Eat 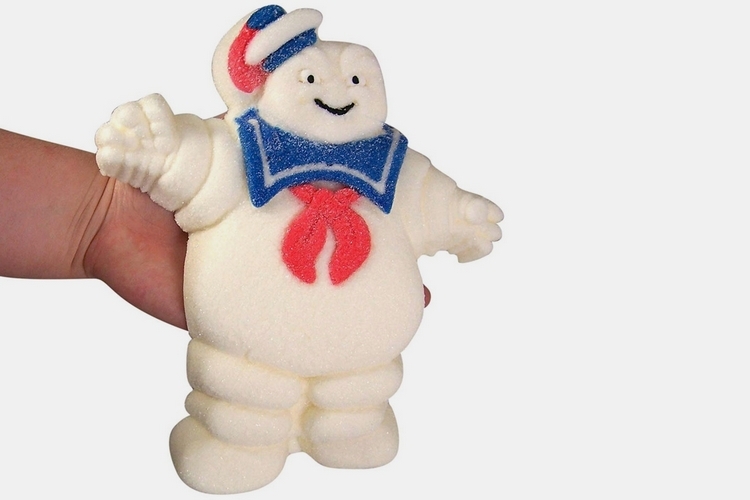 We’re pretty certain the Stay Puft Marshmallow Man from the original Ghostbusters film wasn’t edible. Mostly, because it’s a paranormal monster made of ectoplasm, which, as far as we know, isn’t the same thing as an actual marshmallow. Fortunately, that’s not the case with this Ghostbusters Stay Puft Marshmallow, which is an actual edible sweet treat made with the decadent triumvirate of sugar, gelatin, and corn syrup.

An actual marshmallow clad in the shape of the Stay Puft Marshmallow Man, it lets you enjoy the lumbering paranormal monster as a sweet and chewy confection that can melt in your mouth.  Whether you’re a fan of the Ghostbusters franchise, a fan of the Ghostbusters franchise minus the ill-conceived reboot, or just some dude who enjoys unconventional-looking confections, this thing should make a welcome addition to your stock of treats at home. 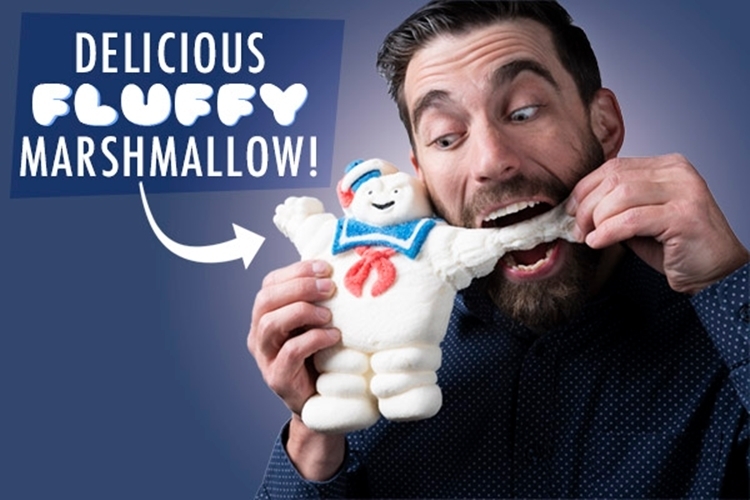 The Ghostbusters Stay Puft Marshmallow measures 8.75 inches tall, which is considerably smaller than the giant monster from the movie. Truth be told, we’re glad it’s smaller because we can’t even imagine stuffing our face with a marshmallow as a tall as a mid-size downtown building. That’s just too much sugar, man. Not to mention, a marshmallow as big as that won’t be able to fit in your fridge, your pantry, or even through your doorway. And yes, this is a real marshmallow that you can melt in a tub of hot chocolate, skewer on a stick before roasting on an open fire, or just plain munch on body-part-by-body-part while you binge The Real Ghostbusters on Amazon.

Can it crush vehicles, destroy lamp posts, and wreak havoc on everything in its path like the mascot-come-to-life from the movie? No, it can’t. With how big this thing is, though, it can leave you swearing off sugar for the rest of the day before hankering for more sweet treats when you wake up the next morning. 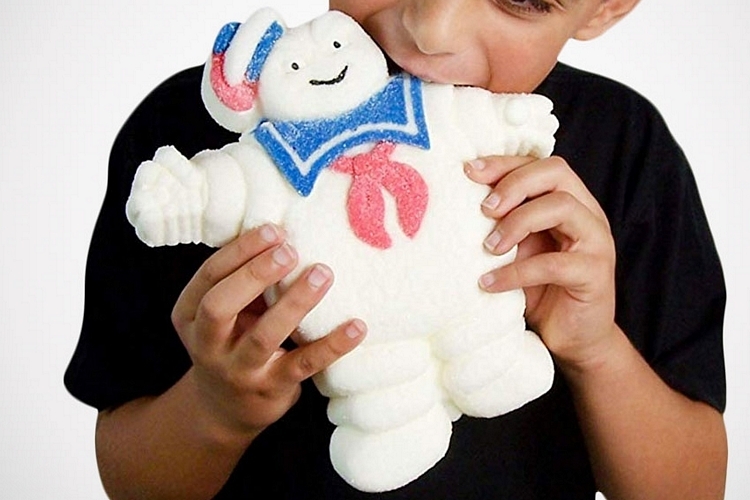 The Ghostbusters Stay Puft Marshmallow recreates the likeness of the lumbering creature in satisfyingly decent detail, right down to the lumpy limbs and the sailor outfit . Yes, just “decent” because it’s nowhere near as adorable as the one in the movie, with the face on this version looking more sinister than the I’m-so-dumb-I’m-cute expression of the Marshmallow Man that terrorized New York City. Do note, it only looks like the iconic monster from the front, as it’s completely flat in the rear just like your ex. At least, that’s how you like to remember it after she cheated on you and all that. 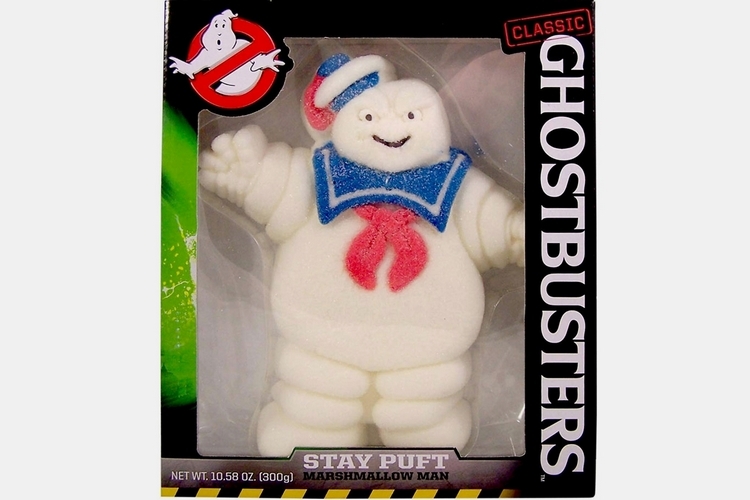 How does this taste? We imagine, it’s like regular marshmallow. That’s to say, pillow-soft and disgustingly sweet since the ingredient list reads the same as any marshmallow product. Do you need to wear a proton pack to be duly protected while you eat this thing? Probably not, but if you’re enough of a Ghostbusters dork to own a proton pack, might as well put it to good use and pretend you’re fighting the Marshmallow Man by absorbing it through your mouth. Or something like that.

The Ghostbusters Stay Puft Marshmallow is available now, priced at $20.