Extend Your Limbs With A Pair Of Giant Cardboard Robot Arms 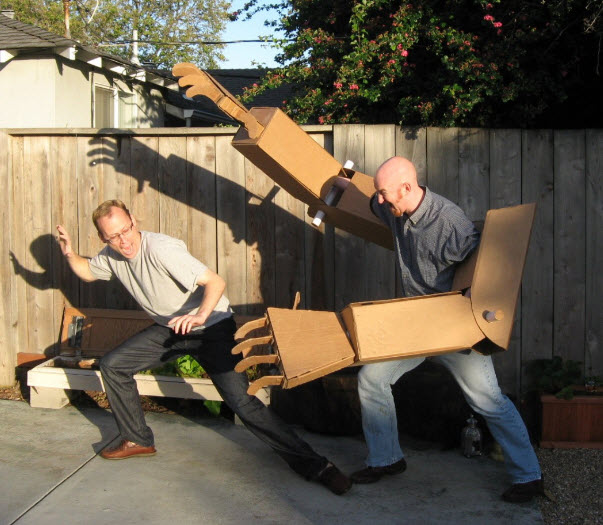 Why wait for the robot takeover when you can turn yourself into a giant robot now?  Well, a cardboard one, at least, with these Giant Cardboard Robot Arms.  Yes, you heard that right: Giant…Cardboard…Robot…Arms!

Brought to the world by the same guy who donned himself in full cardboard robot attire at the last Maker Faire, the wearable limbs give you two jointed giant arms that extend the average human arm by about three feet.  That way, you can run around town giving people giant bearhugs and thunder-clapping their heads from a safe distance. 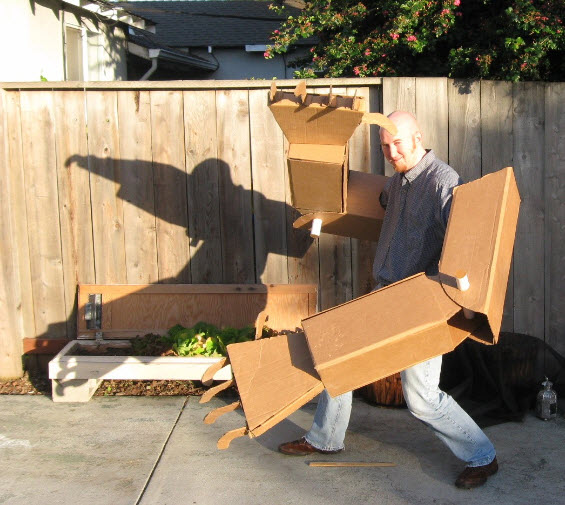 The Giant Cardboard Arms measure 5.5 feet long and 9 inches wide, making them large enough to strike terror at the heart of kindergarten children everywhere.  Both left and right limb offer decent amount of motions, namely 90-degree bending of the elbows and 360-degree twisting of the wrists.  They can be disassembled for transport and easily put back together.

According to the creator, each arm takes around 15 hours to make by hand, using a  hefty amount of cardboard, velcro, x-acto knives and glue.  You get them bare, so youll have to do the decorating yourself.  We reckon some painting skills and a few choice decals should have you covered.  Since it’s cardboard, make sure to steer clear of the rain as well.

While there’s no way wearing Giant Cardboard Arms turn you into some kind of human-machine hybrid, you gotta admit it brings along some level of awesome.  The arms sell on Etsy for $85 a pair and ship disassembled, with instructions, on a  30 x 18 x 6 inch box.   It’s currently sold out, but we’re pretty sure you should be able to order one on request.