Giant Puppets Tower Over Germany In The Berlin Reunion 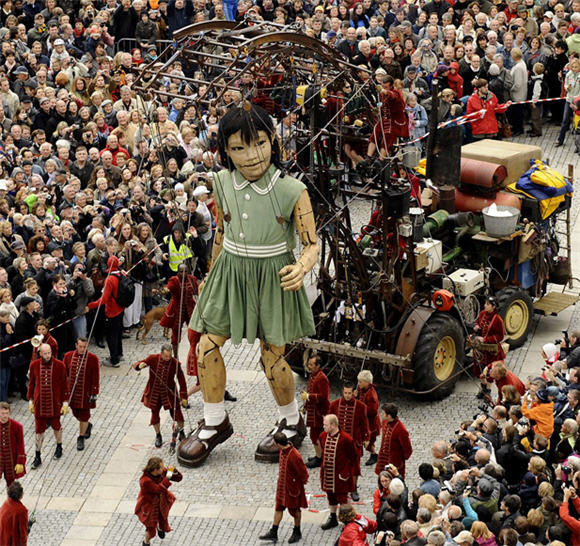 This year is the 20th anniversary of the fall of the Berlin Wall.  As part of the celebrations, French theater  company Royal De Luxe held an open-air performance of massive proportions in the streets of Berlin, Germany during the past weeked.  Called the “The Berlin Reunion,” the multi-day show featured two gargantuan marionette dolls in a story of long-lost family members finding each other.

As many as 1.5 million people filled the streets to see Big Giant, a deep sea diver, and his niece, Little Giantess, play out their story.  Separated by a wall thrown up by “land and sea monsters,” the two protagonists have spent the last several years apart.  Big Giant’s successful efforts to destroy the wall, however, have allowed them a chance at being together again. 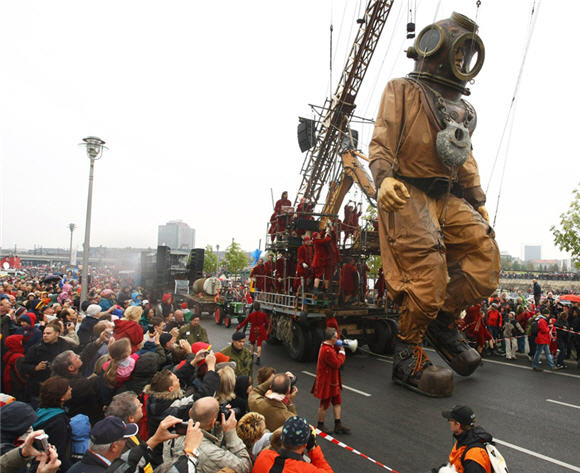 The intricately-detailed giant dolls were each held by giant cranes and pushed through the streets by large construction vehicles.  Dozens of participants pulled on their body parts and limbs using an intricate system of large cords and pulleys.  Suffice to say, it’s possibly one of the largest (literally and figuratively) marionette performances ever held. 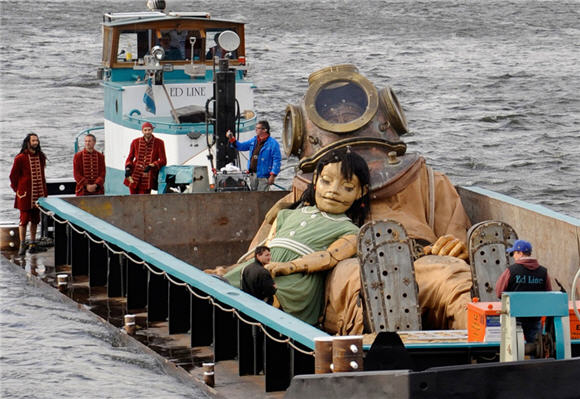 Beginning October 2nd, both characters made their way through Berlin’s streets, passing through historical sites and throngs of onlookers, before finally reuniting.  Big Giant and Little Giantess eventually found one another along the docks by October 4th, leaving together on a boat, fast asleep.

As great as this is, all I could really think about is how much more awesome it would be if the Royal De Luxe guys put up a similar performance using monsters and giant robots.  I mean, come on, Godzilla vs Voltes V battling by the Eiffel Tower?  Epic!

You can catch the entire tale of “The Berlin Reunion,” in pictures, at the link below.