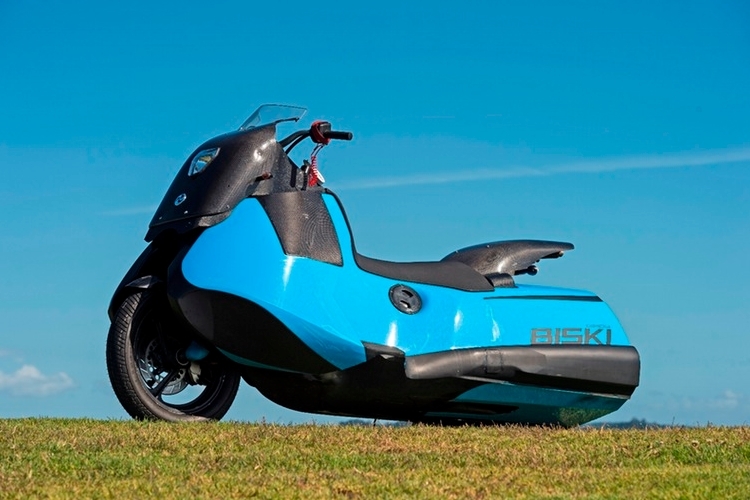 Remember when some guy rode a dirt bike on the sea? Yes, it was awesome. Except his customized motorcycle can’t go from riding waves to riding sand at the beach, since it isn’t equipped to do both things in the same configuration. The Gibbs Biski, though, definitely has the necessary chops, allowing you to ride it from your house to the beach to the water and back. Really.

You may remember Gibbs Sports Amphibians from the impressive Quadski, a hybrid quadcycle and jetski that really drove on both land and water. Well, this new vehicle does the same amphibious thing, except it hits the shores on two wheels, making it weirder, wilder, and just overall more insane. 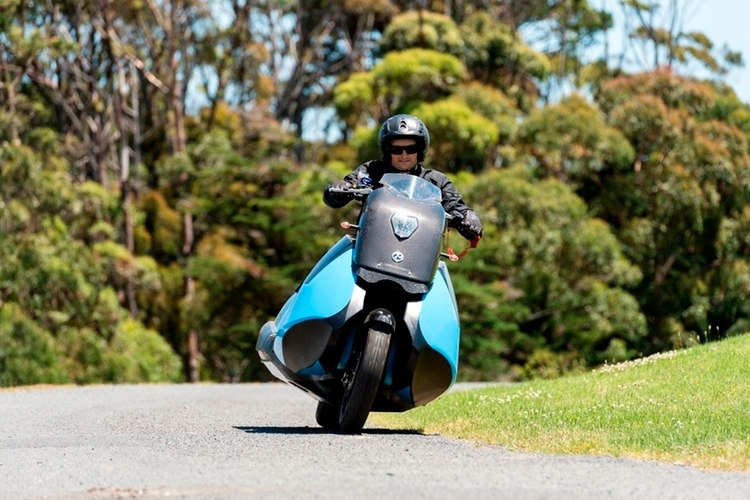 The Gibbs Biski is an amphibious motorcycle that looks like a cross between a maxi scooter and a Sea-Doo. It’s supposedly street-legal, with enough power to hit 80 mph on the road, courtesy of a 55-horsepower twin-cylinder engine. Once it hits the water, the vehicle’s rear wheels pull up to make way for jets on either side of the wheel, which enables it to run, steer, and hit max speeds of up to 37 mph. Transitioning from land to sea mode takes around five seconds, so you aren’t going to spend much time in a standstill either. 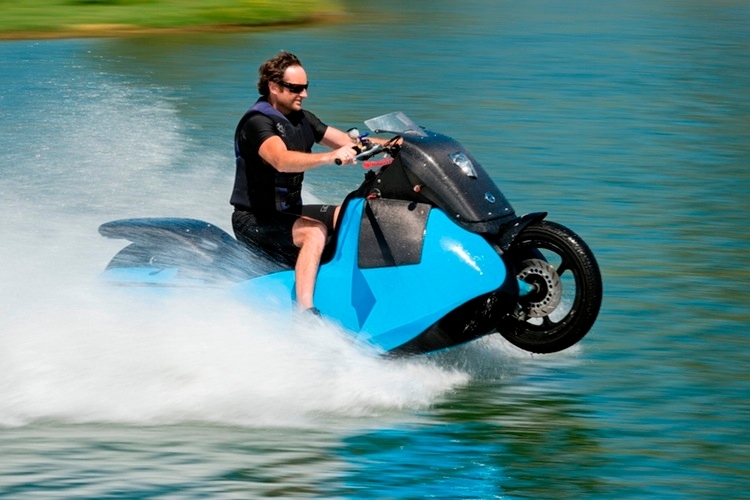 While we doubt it performs anywhere near as good as a scooter on land or a regular jet ski on water, the Gibbs Biski definitely opens up new avenues for its riders, especially considering the fact that it can take up very little space in the garage. No word on whether a production run is imminent, although the company did show the ride off at the American Motorcycle Expo in Florida.