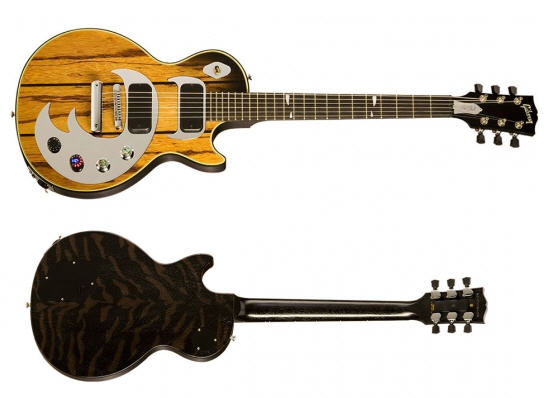 Like to play guitar, but can’t tune if your life depended on it?  Not a problem with the Gibson Dusk Tiger, the latest incarnation of the company’s Robot Guitar technology, which can tune itself on the fly.

Following on the heels of previous independently-winding models, namely the Robot Les Paul and the Dark Fire, the newest self-tuning instrument can start you off on a different key in seconds, allowing you to produce “every imaginable guitar sound” without needing to switch guitars or take a break from playing.  That’s right – it lets you go from an ear-blasting electric ruckus to a clean acoustic sound to futuristic wizardry without so much as a sweat.

From the outside, the Dusk Tiger looks like any regular guitar.  That’s no surprise, since it’s an actual analog instrument (Gibson promises 100% purity of tone)  fitted with a slew of electronic components that allow it to change settings during the heat of play.  It comes with rechargeable batteries that should serve you for up to 500 tunings.

Features include 18 user-programmable alternate tunings, tone presets, combined magnetic and piezo pickups (which you can blend at will), and separate outputs for each string.  You can plug it into a PC for even easier customization.  See that colorful button on the body?  That’s the Master Control Knob, which lets you access any of the preset modes in a single turn of the dial. 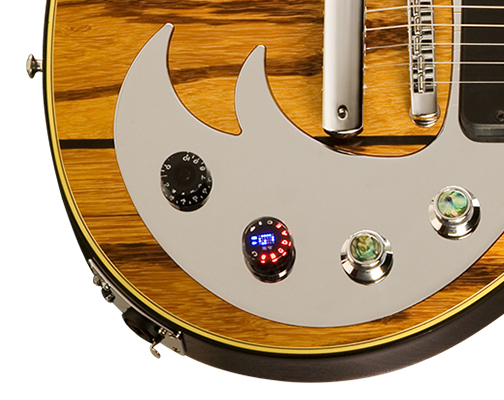 Gibson calls the Dusk Tiger “the world’s most advanced guitar.”  While I doubt that the flat top body (along with the color scheme and the eyesore of a Master Control Knob) does it any favors, it’s tough to disagree.  It’s available now for $4,600 with a limited run of only 1,000 units.