It looks like any acoustic guitar. For all we can tell, it plays like them, too. Except, every instrument in the Gibson Generation Collection incorporates a novel element that allows the players to hear the sound that they’re playing in an entirely new way. Well, kind of new, anyway.

Being a performance instrument, acoustic guitars are designed to direct the sound towards the front, so audiences can hear every note you play. It only makes sense. That means, your position behind and above the guitar doesn’t exactly put you in the sweet spot, so you’re not hearing the exact same sound as the audience does. While it won’t make you think you’re playing flawlessly when you’re actually messing up (you’ll probably have to be deaf to do that), it does somewhat curtail the way you can enjoy your own playing. These guitars are designed to change that. 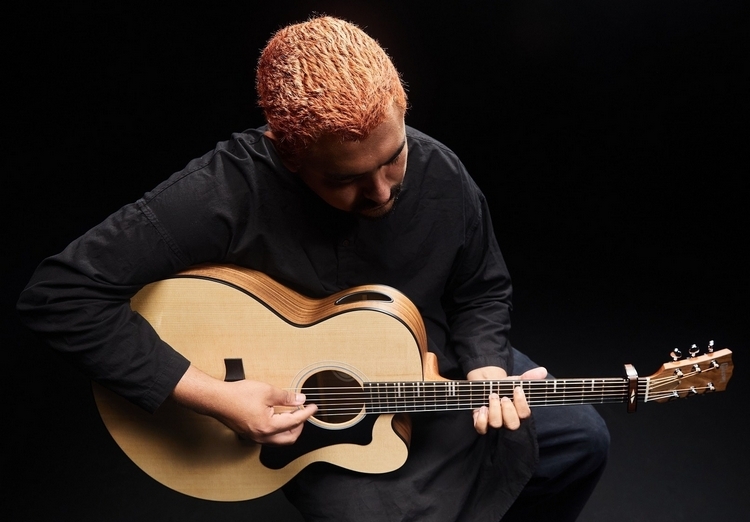 The Gibson General Collection consists of four guitars: G-00, G-45, G-Writer, and G-200. Each one is equipped with a feature called the Gibson Player Port, a concept design from the 1960s that will allow the player to hear the guitar sound the same way the audience does out front. Basically, it’s a precisely-shaped hole at the top edge of the guitar’s body that projects sound from the guitar towards the player, so you can hear the exact same notes the audience hears like a built-in stage monitor of sorts. According to the outfit, this is a refined version of that original concept, delivering clear and vibrant sound with full fidelity and nuance, so you can really hear how good (or how bad) all that strumming and plucking is working out at any point in a song. Gibson goes so far as to say that this one addition will maximize “sonic impact for an immersive playing and listening experience.” Aside from the new port, all the four guitars are, pretty much, standard Gibson fare. The G-00, for instance, is based on 1930s-era parlor guitars, with a slightly thinner body that’s designed to hold and play comfortably, while the G-45 is based on the outfit’s best-selling J-45 acoustic. The G-Writer, on the other hand, is meant to function as both a practice and performance guitar, with an LR Baggs Element Bronze pickup system. The same pickup is found on the classic jumbo of the collection, the G-200, which is designed as a stage and studio instrument that’s ready for primetime. The Gibson General Collection guitars are all equipped with a Sitka spruce material on the top, solid walnut on the back and sides, traditional scalloped X-bracing, an African mahogany neck with a striped ebony fingerboard, TUSQ nut and saddle, and Grover Mini Rotomatic tuners. Each one comes with its own gig bag, too, so you can keep it covered up and protected during transport. All the guitars, by the way, are made in Bozeman, Montana, where all of the outfit’s acoustic guitars are made.