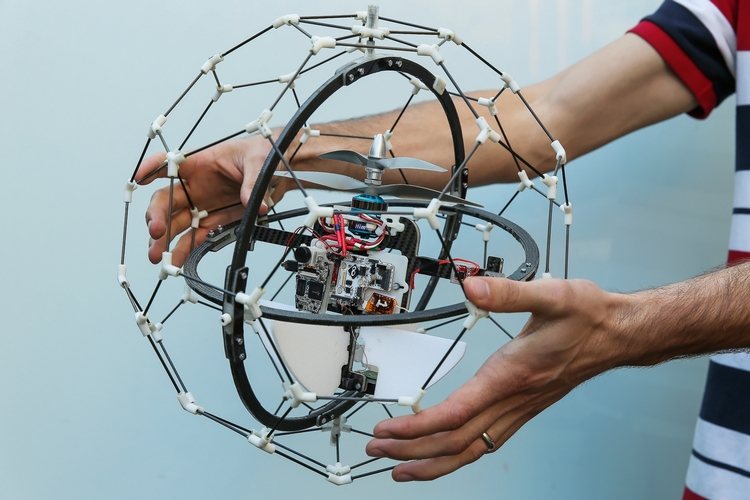 Armed with a flood lights (obviously not this big) and a camera, an aerial drone can be very useful during search operations, allowing you to survey an area without risking your own neck in the process. Problem is, flying drones indoors (such as collapsed buildings to search for survivors) can lead to plenty of collisions (think walls, beams, and all sorts of structures), making it highly likely that your flying automaton will succumb to damage before ever finishing its route. That won’t be the case with Gimball.

Made by Flyability, it’s a search and rescue drone that’s equipped to be unaffected by the kind of collisions that would normally ground similar aerial crafts.   It doesn’t matter whether it gets hit head on, from the top, or any other angle – the “collision-proof drone” will shrug off all contact without taking any damage. 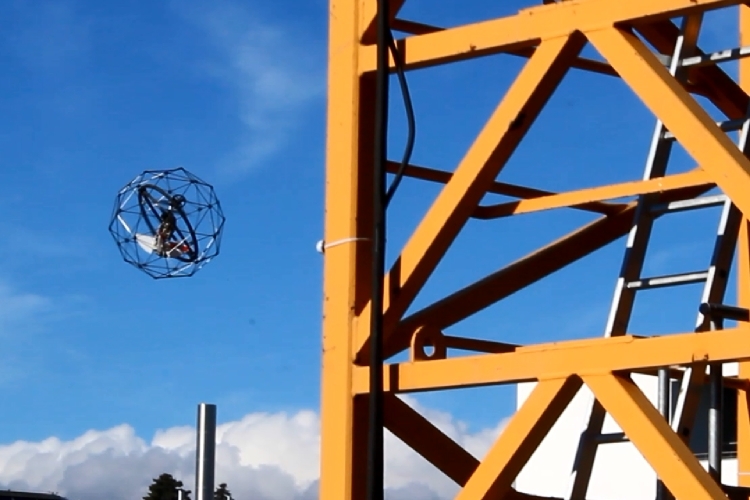 Gimball is a small two-rotor drone with the actual flight mechanism housed inside an orb-shaped carbon fiber cage. The impact of any collision will be absorbed by the cage alone, with an onboard electronic stabilizing mechanism automatically leveling the assembly, so it can quickly continue flying even after running into an obstacle. That way, the remote pilot doesn’t have to bother maneuvering carefully when flying the machine indoors, allowing them to survey the area at a much quicker pace. And when it comes to search and rescue, a drone that can fly through the tightest hallways, the narrowest stairways, and other erstwhile obstacle-packed situations can prove downright indispensable. 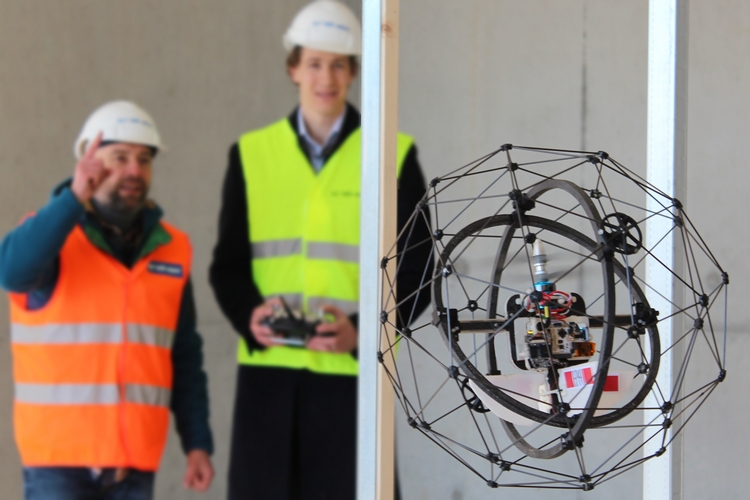 Flyability expects the Gimball to be in mass production by 2016.