Everyone spills their coffee on the table some time. We’ve all done it. Giula Bernadelli, however, spills her drinks on the table on purpose, which she proceeds to shape into mesmerizing food art.

In the artist’s hands, spilled coffee, wine, and chocolate drinks transform into beautiful imagery, rather than the messy puddle they would have become when left all alone. We’re not entirely sure whether she shapes them with her fingers, cutlery, or some other tool, but the results are definitely a whole load of impressive. 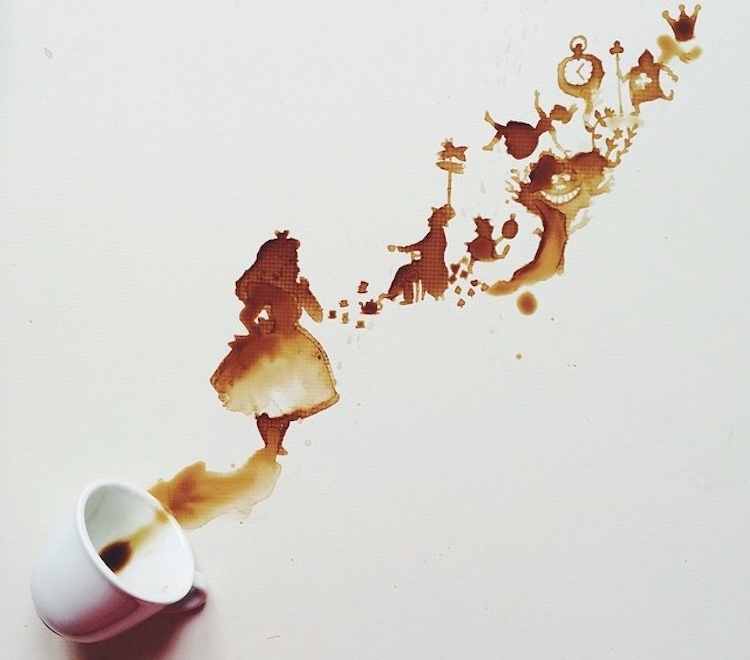 She combines the drawn food images with various objects to complete a scene, both to indicate what materials were used in the piece and to further accentuate the imagery. Most images, for instance, include the cup from which the drink spilled out from, while a wristwatch sits in the middle of a piece filled with multiple scenes. According to Bernadelli, she doesn’t plan her work in advance, choosing to find inspiration in the moment by reflecting on what she can create while she drinks her coffee, eats her jam-covered toast, or enjoys a cone of ice cream, then proceeds to materialize it. You can see the rest of Bernadelli’s delectable spills directly from her Instagram.