Glare LA-9/P, A Military-Grade Laser Pointer That Blinds Enemies From 2.5 Miles Away 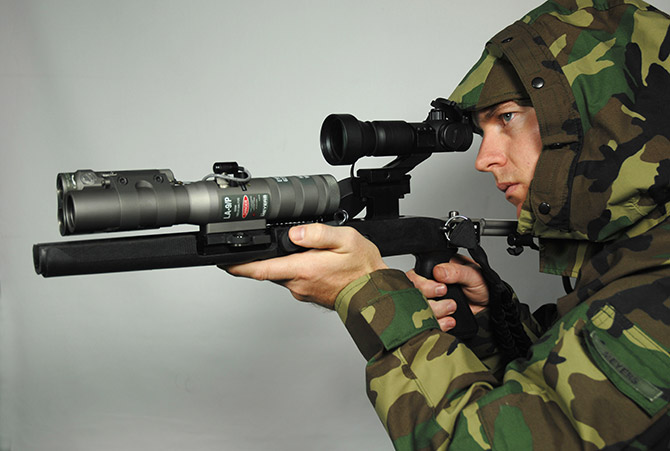 Tired of merely annoying people in class with your laser pointer?  Start doing it to victims up to 2.5 miles away with the Glare LA-9/P, a military-grade visual disruption device.  Yep, it’s a blinding laser pointer that can do the deed from an insane distance.

Made by B.E. Meyers, it’s been used extensively in Iraq for warning forwarding troops before pulling the trigger.  Being an extension of a childhood prank, it’s also supposed to have caused many “friendly” casualties, with soldiers blinding their fellow fighters while monkeying around (don’t be sad, the blindness is supposed to be temporary). 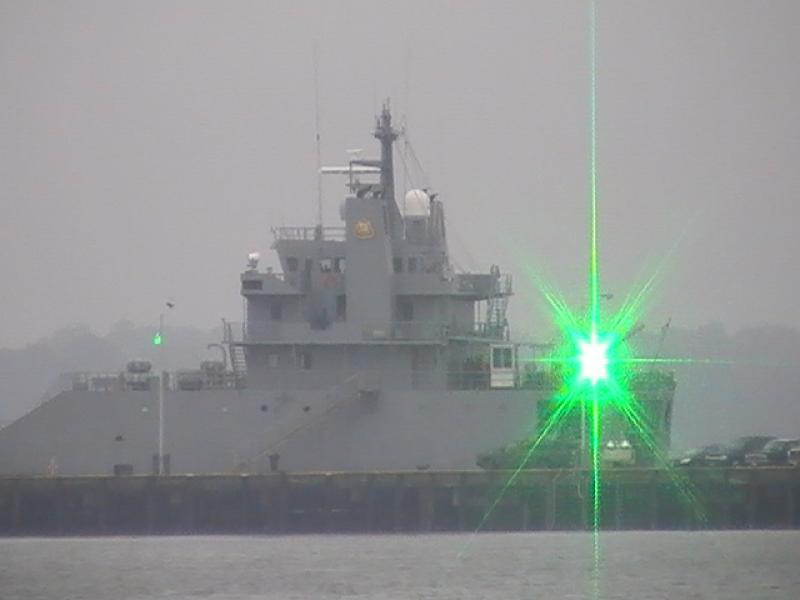 The Glare LA-9/P is classified as an ultra high-powered ocular interruption device (OID) that sends a piercing green beam to innocent bystanders, friendly troops and enemy combatants from a distance.  It’s ruggedized (complete with waterproof housing) for field use and can be integrated into your favorite weapons (yes, even if your favorite weapon is a magic wand) for stability.    When activated (it’s instant-ON), it fires a 250-milliwatt beam that’s non-lethal, but should be enough to cause a temporary difficulty in vision.

Since it causes no permanent blindness (according to B.E. Meyers), you can get away with using it irresponsibly for shits and giggles (if you’re able to get one, that is).  The laser is also strictly beam-sized, so you should avoid collateral damage if there’s only one person that you really, really (really, really) want to blind from afar (like that peeping tom from the upstairs apartment, for instance).

The creators bill it as the most powerful tactical dazzler available.  It should be, as it is approved for use by the Marines, Navy and Air Force.  Honestly, I doubt you could get one but you can always try.   You’ll have to email the sales guys at B.E. Meyers, though (addresses available on the product page).