GLAS.t Could Be The Ultimate iPhone Screen Protector 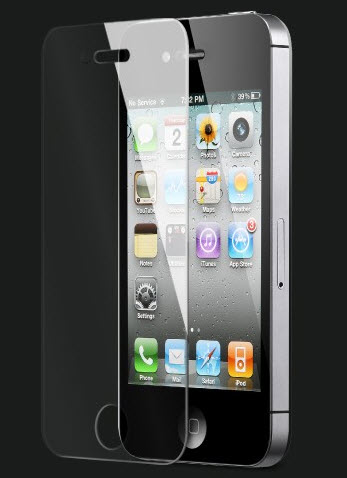 I did without one of those plastic protectors for my phone before and the scratches just drove me nuts.  When I upgraded my phone, I immediately threw one on.  Then I remembered why I didn’t use a plastic protector in the first place: they cut out light and lower contrast, so the screen isn’t as pretty as it’s supposed to be.  The GLAS.t for iPhone might actually offer a better alternative.

Made by Spigen, the screen cover ditches the floppy matte plastic material in favor of tempered glass.  That way, you get even better protection, all while retaining both touch sensitivity and display quality.

The GLAS.t uses a specially processed glass that’s been reinforced to add extra shock absorbency to your phone.  Glass surface boasts a hardness of 8-9H, which is supposed to be three times stronger than regular PET film.  In fact, the product page claims you can apply a knife or key onto it without scratching the fully transparent material.

Measuring a mere 0.4mm thick, it adds almost no discernible bulk to your iPhone.  It’s self-adhesive with an even simpler fitting — all you need to do is slide it in place and press the center.  They do warn that the adhesive is likely to weaken if you use the same panel in more than one phone, so reuse is not recommended.

Even the toughest glass breaks with enough pressure, of course, and so will the GLAS.t.  No worries, though, as the glass is designed to break into non-sharp pieces, so there’s little danger they’ll scratch the phone.