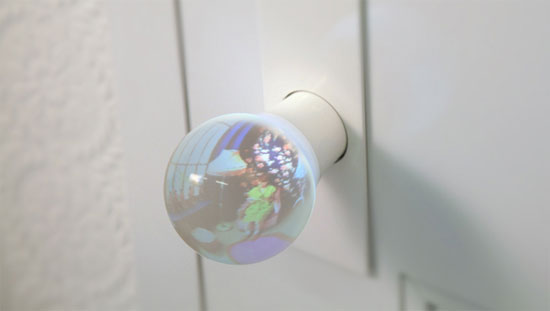 There’s a reason children are afraid of opening the closet door — you never know what’s on the other side.  One time, when I opened mine, I saw a pink gorilla that wanted to kill me.  I swear.  With this Glass Globe Door Knob, you never have to live with such uncertainty.

All you have to do is peer into the round glass just like fortune tellers look into their crystal balls.  Instead of the future, though, you see exactly what lies behind the door, whether it’s a white lady ghost right out of an Asian horror flick, a throng of flesh-hungry zombies or a samurai pirate tribesman who looks like Harry Potter (hey, you never know).

A collaboration between designer Hideyuki Nakayama and UNION (a Japanese firm that manufactures door handles and levers), the Glass Globe Door Knob uses no electronics to facilitate the unique effect.  Instead, it does things the old school way: piping light from one side to the other using a curved glass design. 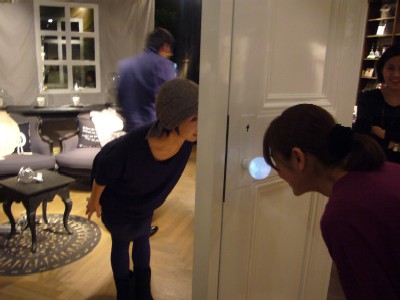 The system appears to work on both sides (at least, that’s the impression I get from the photo above), which makes it rather unsuitable as an actual door knob (the bill collector can easily peer in and see that you are, in fact, just lounging in the sofa, pretending to not be in the house).   For a children’s playroom or a closet door, though, it could be a fun and useful addition.

Aoyama-based store Plain People currently has the Glass Globe Door Knob on display in their showroom.  No word on whether it will be made available as an actual product or left to rot in cool concept purgatory, though.