Glowbar Is A Crowbar That Glows In The Dark 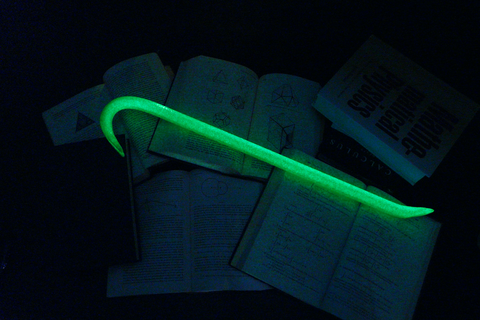 When it comes to tools used as weapons, the crowbar has to rank among the most popular.   What’s a proper melee without some mohawked dude with his hands around a jimmy, after all?   If you want to have the coolest wrecking bar in the next riot you participate in, it’s hard to do better than this abnormally shiny Glowbar.

Sure, it’s a terrible crowbar to use when breaking into houses or shattering car windows, since thieves are supposed to dress like ninjas, not go all peacocked out like Lady Gaga.  For seeing things in the dark and looking awesome while fighting off zombies, though, it’s hard to do any better. 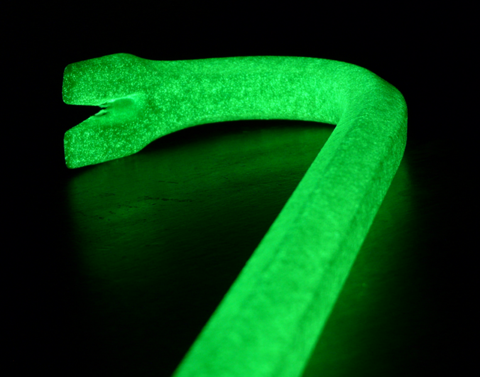 The Glowbar is a high carbon steel crowbar with a hypher-phosphorescent (err… “glow in the dark”) powder coating.  That means, it’s as strong as your regular nail-pulling, window-lifting and zombie skull-smashing wedged iron lever, all while being as night-visible as those animal thingies you’ve got hanging in the bedroom (don’t deny either, your mom told me).

Using a new coating formula (silicate aluminum oxide, according to the product page), the crowbar should have a finish that’s ten times brighter than conventional glow in the dark stuff.  So whether it ends up among a stack of tools or a pile of dead aliens, all you have to do is turn off the lights to find your glowing crowbar.