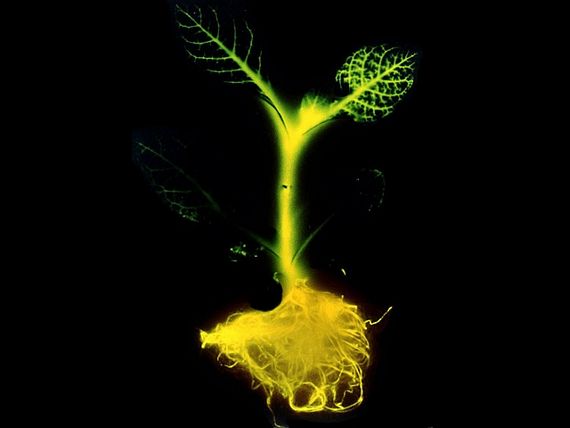 Apparently, you can now bioengineer a plant to glow like alien flora species.  And it’s awesome as heck.  Finally, you can turn your garden into a scene straight out of an alien movie with these creepy-but-real Glowing Plants.

Billed as “the first step in creating sustainable natural lighting,” these are real plants fashioned in the laboratory using synthetic biology and Genome Compiler’s software.  Real, as in you receive them as seeds that you can plant in a pot, in the yard or in your Mobile Patio Garden.  Real, as in you should take care of them like real plants, with a few extra guidelines specific to the breed.  Real, as in they will grow into full size and become an endless source of curiosity in the neighborhood when your darn plants start glowing at night. 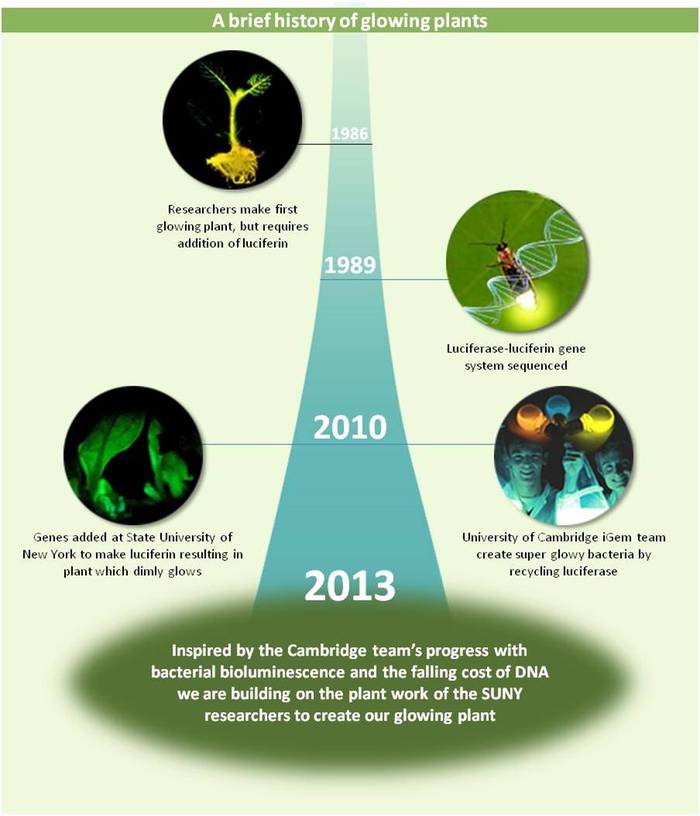 The Glowing Plant is a reengineered version of Arabidopsis (rockcress), which has been a particular interest to scientists since it contains the first plant to have its entire genome sequenced.  It’s supposedly the “world’s first naturally glowing plant,” so you can bet there’s little chance any of your neighbors are going to beat you getting the first glowing garden in the hood.  We’re not actually sure on the specifics of how the thing is made, but they’re, essentially, laser-printing a DNA sequence using Cambrian Genomics’ existing facility and inserting it into an erstwhile normal plant using a gene gun.   The result of this process will supposedly be unregulated by the USDA, allowing it to be released to consumers without a lot of red tape.

Currently, the group behind the Glowing Plant is collecting pledges on Kickstarter.  Available pledges start at $40 to reserve your own Glowing Plant seeds and $150 for an actual Glowing Plant.  Estimated delivery for the first orders is May 2014.