Hotel Remotes Are Dirty, So Wrap It In Gluvi Before Using 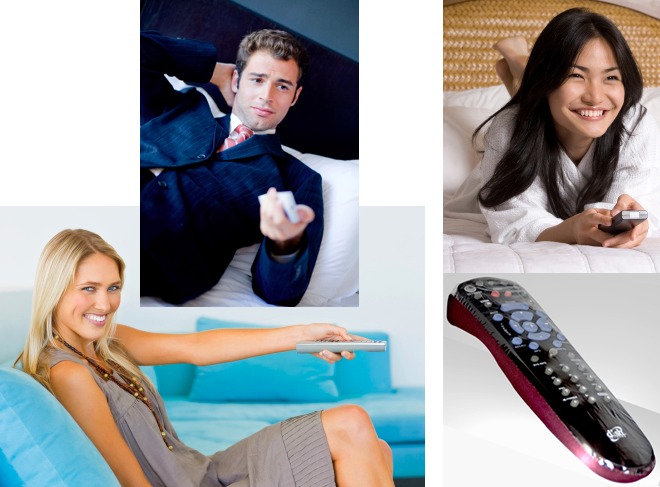 We’re not sure how much of a real threat germs on remote controls can be, but the folks behind the Gluvi thinks it’s significant enough to warrant protection. A small plastic bag designed to wrap on a remote, it’s supposed to act like a prophylactic for your hand, keeping those icky diseases living on the channel changer from ever getting to you. Hmmm….

Think it’s superfluous? Not according to the company peddling it, who claims that the TV remote is “the germiest device in the hotel room,” citing unnamed national health studies as reference. As many as 20,000 travelers are exposed daily to these diseases because of the simple fact that most hotels do not require their maids to clean those button-filled plastic boxes of electronics. Add the fact that I’ve watched some people do nasty things to remotes on those unsupervised video streaming sites and I’m almost ready to pull out my credit card.

The Gluvi is a reusable plastic bag made from “stylish, yoga-inspired reflexology material” that you can slip on and off the dirty, little clunkers in a jiffy. Sized to fit 95% of conventional remotes, you’ll never have to risk wrapping your hand on a suspicious home entertainment gadget again. Unlike that other type of slip-on prophylactic, this one is actually reusable, so you can just buy one and carry it for eternity. Or until you forget to take it off from the hotel remote, which is more likely.

Of course, that means you’ll be carrying a plastic container housing all the germs that it picked up from that slimy channel changer in your luggage, which doesn’t exactly sound all that enticing to its target germophobe demographic. They’re selling it in two versions: the Hotel Gluvi (a general-purpose remote glove) and the Custom Gluvi (which is sized to fit your home remotes). It will be available starting April 2.