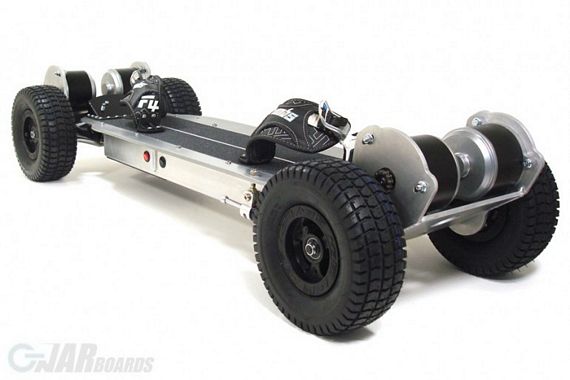 Motorized skateboards are nothing new. The Trail Rider though, isn’t your typical electric skater, packing some serious talents that let you ride beyond paved city streets.

Made by Gnarboards, this isn’t a conventional skateboard.  As such, it’s not designed for conventional things like grinding around skate parks and freestyling on street corners.  Instead, the motorized ride is designed for speeding through open roads and thrashing over off-road terrain. 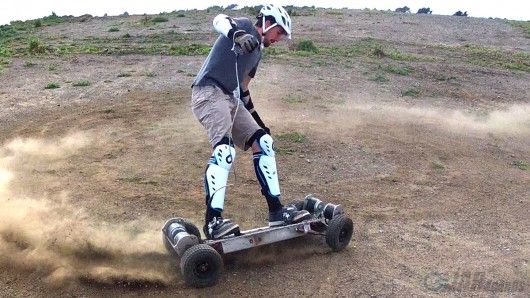 The Gnarboards Trail Rider is a 64-pound 4WD  electric skateboard that measures 47 x 16.5 x 10.5 inches and weighs 86 pounds.  It probably qualifies more as a recreational transporter than an X-Games prop, especially with four electric motors that produce 850 watts of output each powering the rider to a 0 to 28 mph acceleration time of 1.9 seconds.  Onboard battery allows it to run for up to 16 miles on a single charge. 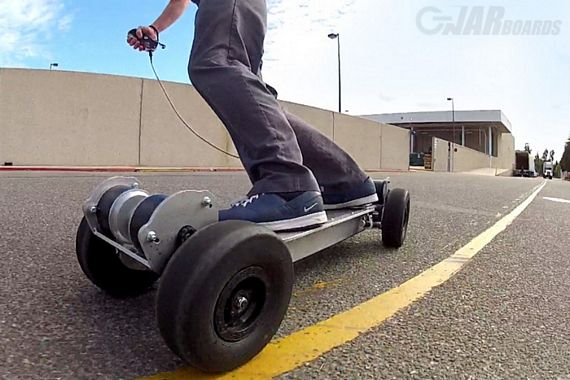 Built to withstand the rigors of rugged trails, the electric skateboard features a durable aluminum deck and a quartet of off-terrain tires that prop it high up for serious ground clearance.  You control it using a double-ended wired hand trigger that lets you engage the power by pushing the toggle one way and clamp on the brakes by squeezing towards the opposite direction.  To ensure you don’t fly off when hitting bumps at high speeds, they threw in bindings similar to what you’ll see on snowboards.

Since it’s not a skateboard, the Gnarboard Trail Rider isn’t priced like a regular skateboard, either.  Expect your credit card to be damaged to the tune of $6,100.