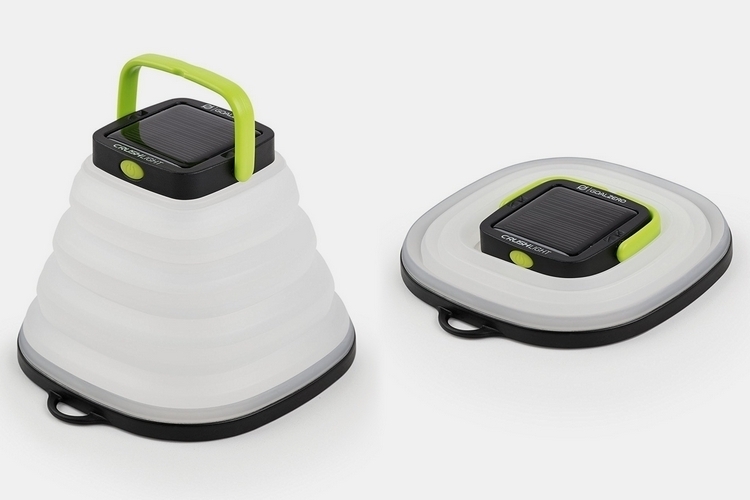 There’s no shortage of collapsible camp lanterns that you can easily carry in your pack, taking up minimal space while providing incredible utility around camp. The Goal Zero Crush Light sets itself apart by adding solar charging to the mix, allowing you to keep its battery fully-juiced by simply exposing it to sunlight.

Billed as a “lightweight companion to any adventure,” the lantern can collapse into a 3.2-ounce square object just slightly half an inch thick, making it no look like nothing more than a thicker-than-usual coaster. That allows it to fit in most any pouch of your bag, allowing you to properly illuminate your nights while keeping your gear bag light and manageable. 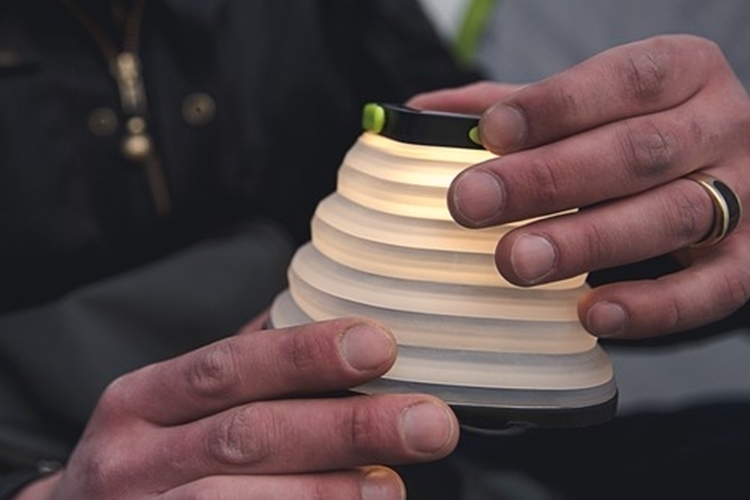 During use, the Goal Zero Crush Light expands into a four-sided cone shape measuring four inches tall, ensuring it remains stable on any surface it’s set down on, all while distributing light evenly across its surrounding space. It has an onboard LEDs that can provide 69 lumens of brightness, so while that’s not bright enough to properly illuminate a small cabin, it should provide enough light to let you read a book, clean your tools, and prepare dinner at night. Prefer the flickering light provided by a gas lantern? Not a problem, as this lamp comes with a candle mode that allows it to mimic the traditional portable lamp.

A small solar panel on top allows you to charge the lamp’s battery during the day – just leave it in camp, clip it on your backpack, or place it anywhere that the sun can shine on it to ensure its juice is duly replenished come sundown. Do note, the solar panel is so small, it requires 20 hours of sun exposure to fully charge the 500mAh battery when it’s drained, so you might really want to bring a backup power source just to be certain. 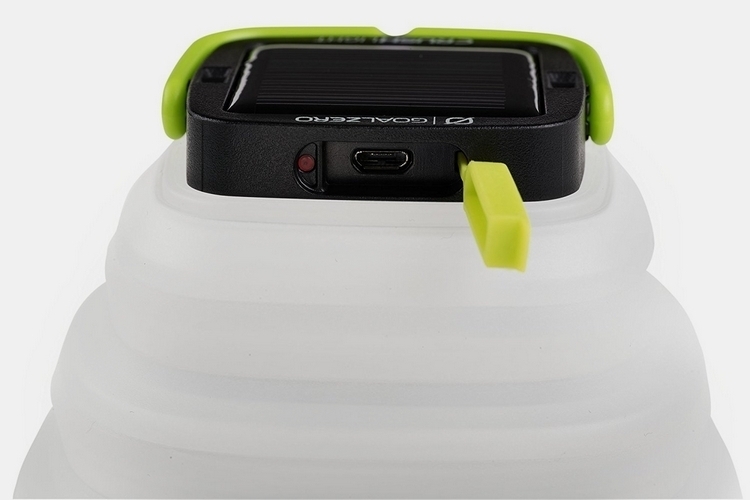 Of course, the Goal Zero Crush Light can also be charged via a standard USB connection (it comes with own power cable), so you can leech off a power bank during days of uncooperative weather. It takes just 2.5 hours of plugging to fully charge the onboard battery, which can store enough power to keep the lamp operational for up to 35 hours at the lowest setting. At full brightness, it can run for just three hours, all while lasting an extra 30 minutes when set in traditional lantern mode (candle light hue).

We know, three hours sounds awfully short if you want the full 60 lumens. That’s why, the outfit recommends bringing a power bank along, as well as one of their larger solar panels. Specifically, they recommend the Nomad 7 Plus, which can recharge the lamp in 2.5 hours, then replenish the power bank after that. Other features include a removable handle (so you can hang it on a branch at camp for overhead lighting) and a flexible rubber construction for the diffuser body which should hold up to abuse quite well.

Want one? The Goal Zero Crush Light is available now. 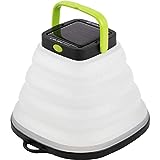