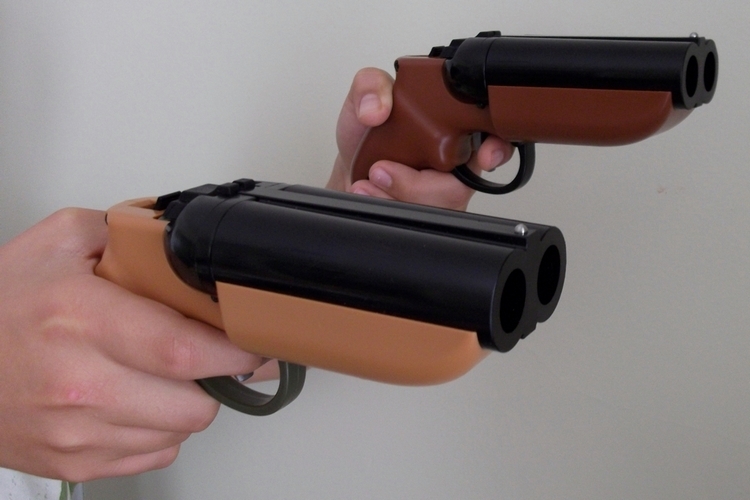 Having a backup pistol is always a good thing when playing paintball. The last thing you want is for your primary marker to go down in the heat of battle, with nothing within reach to let you keep the fight going. And what’s even better than a pistol you can carry on your hip? A double-barreled pistol you can carry on your hip like this Goblin Deuce.

Armed with two barrels, it instantly doubles your paintball firepower, increasing your chances of coming out the victor even with nothing but a puny compact pistol in tow.  Heck, carry two of this on your hips and quadruple your destructive capacity, so you can go out guns blazing even with your trusted Empire Vanquish (and Paintball Tank) falling out of play. 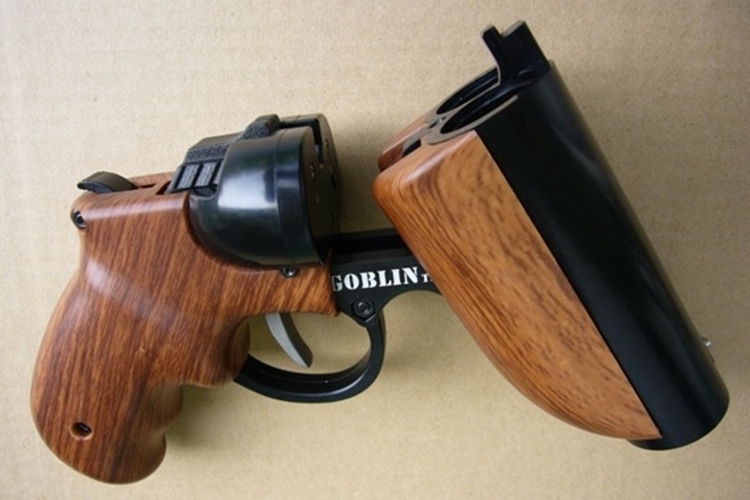 The Goblin Deuce Paintball Pistol is actually a redesigned version of the outfit’s regular pistol (called the Solo), so it’s pretty much the same proportions, except with twice the barrels loaded on top. In fact, Goblin offers a conversion kit for Solo owners that will let them turn it into double-barrel shooter, so there’s no need to buy a new pistol if you already have one at home. 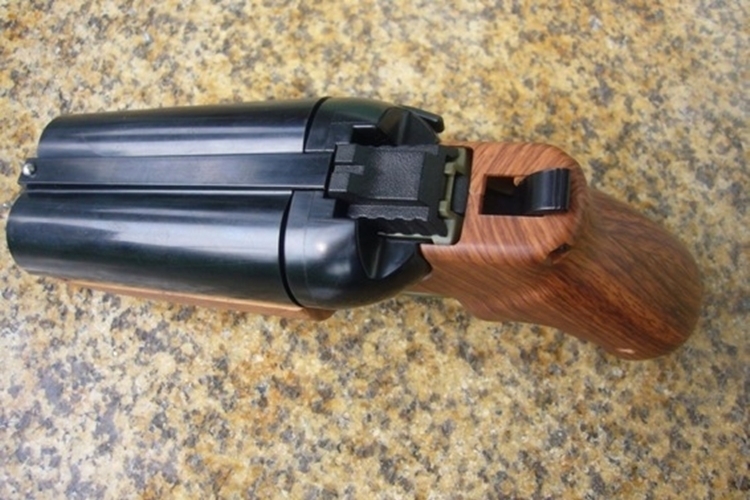 Like the Solo, it uses air cartridges that let you shoot single paintballs from each barrel or 12 6mm BB pellets at a time, so you can use this as a pistol for paintball and a sawed-off shotgun for Airsoft. A selector switch lets you set whether to fire from both barrels at the same time or separately, with an included tactical holster allowing you to keep it within easy reach.

Learn more about the Goblin Deuce directly from the outfit’s website.