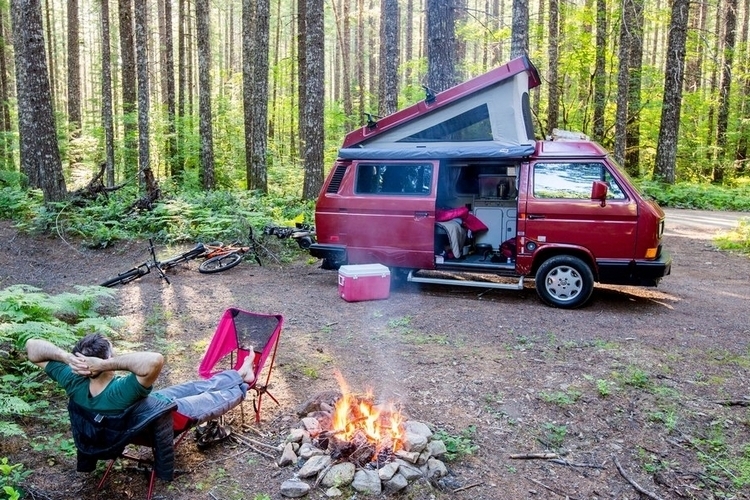 Camping on a van that’s been modified to be a functional motorhome sounds like a fun way to spend the summer. Unless you enjoy working on cars, buying a van and tricking it out to become a livable house-on-wheels, on the other hand, is probably not as fun. So why not just rent a camper van? That’s exactly what GoCamp is offering with their camper van rental service.

Based in Portland, Oregon, the outfit has a fleet of Eurovans and Vanagons, all of which have been modified to be full-featured camper vans. They can throw in all the gear you need for the camping trip, too, so no need to invest in equipment that you probably won’t use more than a few times a year. 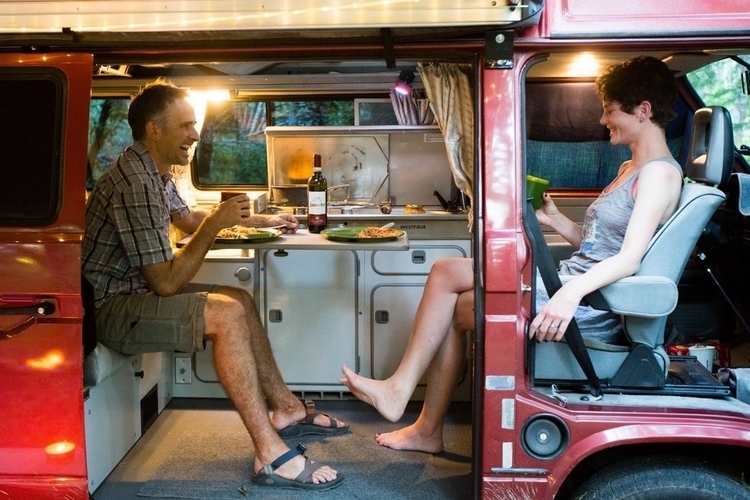 Each GoCamp van comes with front swivel seats, so you can have it facing the road while you drive and have it facing the interior once you’ve settled down at camp. It has room for sleeping up to four people: two in the van using the fold-down rear seats and two at the pop-up tent on top, with either a full complement of beddings or sleeping bags already included when you pick the vehicle up. Planning to bring more than four people? The outfit can also add overflow tents and extra sleeping bags, although each add-on comes with extra charge.

For cooking on the go, each van comes with a Coleman stove, a countertop, and a working sink for cleaning up, along with all the cookware, cutlery, and tableware you need to prepare and eat all your meals. Of course, they throw in a full set of camping items, including a camp table, four camp chairs, two headlamps, and other basic camping gear.  A bunch of add-on camping gear are also available, including a 10 x 10 foot shade, extra chairs and benches, a portable battery, and more. 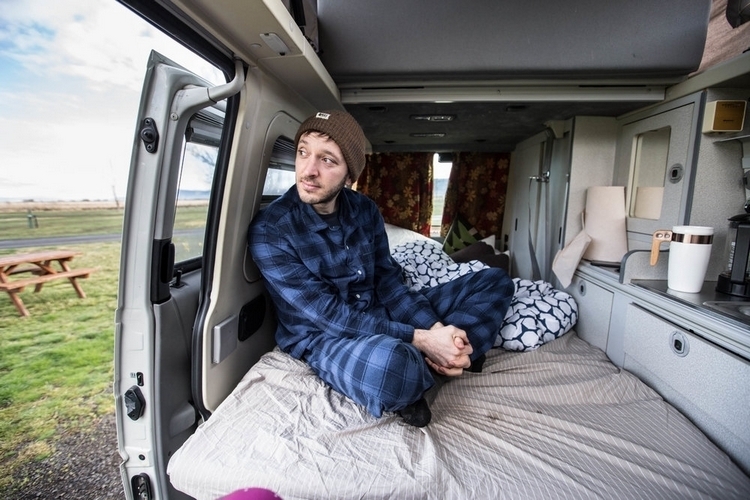 Planning to bring mountain bikes to your trip? They can throw in a bike rack that holds up to four bikes, although you can also mount your own rack if you have one, provided it’s compatible with the vehicle you’re renting.

If you’re renting one of GoCamp’s Eurovans, they have a standard layout that gives you two benches (one fixed and one removable), with a good load of storage cabinets next to the sink housing all the bundled camping gear. It comes with built-in auxiliary battery that you can charge at campsites, so you can enjoy real creature comforts even when taking the van down forest service roads. 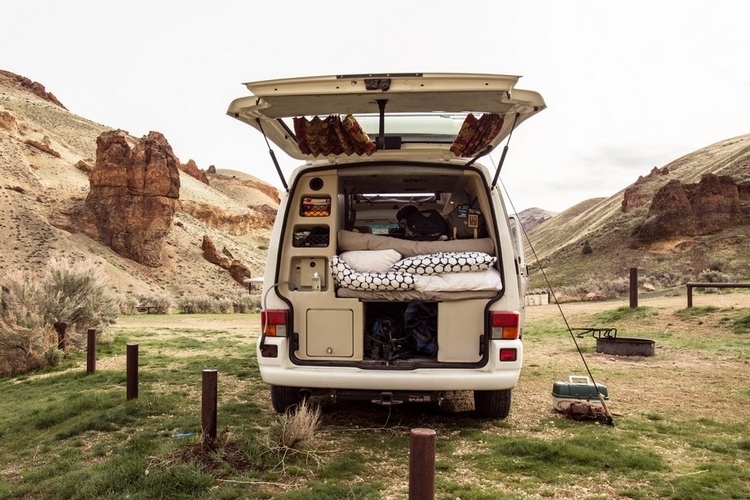 The Vanagon, on the other hand, ditches the removable bench, but gets you a collapsible table and more storage space, along with a fold down rear bench. It sports a similar kitchen and storage layout as the Eurovan, although it doesn’t have the latter’s auxiliary battery power, so you might want to rent one of their portable batteries if you need to get some appliances running. 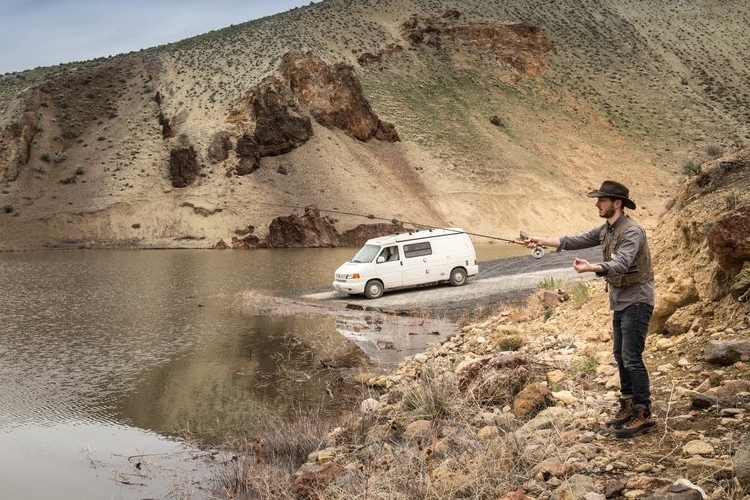