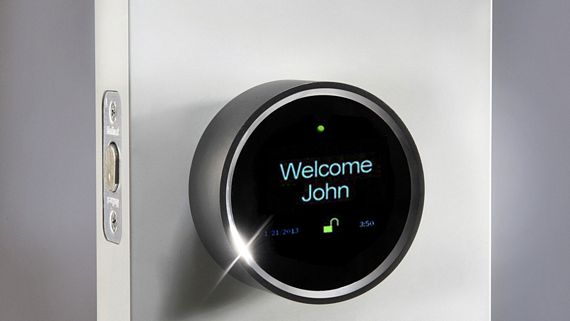 Current smart lock solutions come in two varieties: either they retrofit over your existing deadbolts or they replace it entirely.  The Goji falls in the latter group, but differentiates itself by integrating a camera right on the outer component.

Sure, you can always install one of the other smart locks along with a security camera on the front door.  This one, though, combines that into a single device, simplifying installation all while allowing them to work in unison, such that your camera need not waste power running full time — it can simply be activated when the smart lock detects somebody’s presence outside the door. 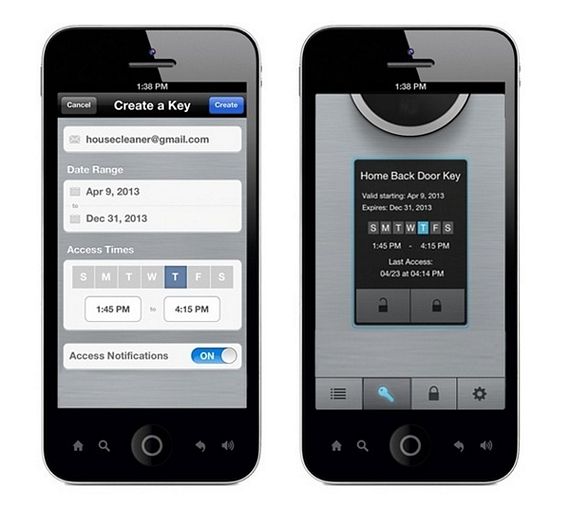 Goji is a fully-integrated locking solution that houses the electronics, motorized mechanism, and batteries inside a pair of puck-shaped faceplates, which feature digital screens that display messages and alerts.  Like other smart locks, it’s designed to work with a smartphone app that communicates with the system over Bluetooth, although they also offer fobs with integrated Bluetooth radios that you can use to open the door, similar to what Kwikset offers with their Kevo smart lock.  Taking the functionality a step further, though, the fobs are fully-programmable, allowing you to use a single fob  to open multiple locks around the house, so you just need a single one for the front door, the backdoor and any other place where you have a Goji lock installed.

All settings and programming can be done via the smartphone app, where you can also view feed from the camera to catch a glance of who’s coming into your house.  Features include 128-bit AES encryption, elimination of false-unlocks (by using sensors that detect whether you’re inside or outside the house), and data logging (it maintains a database of everyone that’s come and gone).

Currently in the process of raising funding on Indiegogo, you can reserve yourself a Goji Smart Lock for pledges starting at $235.