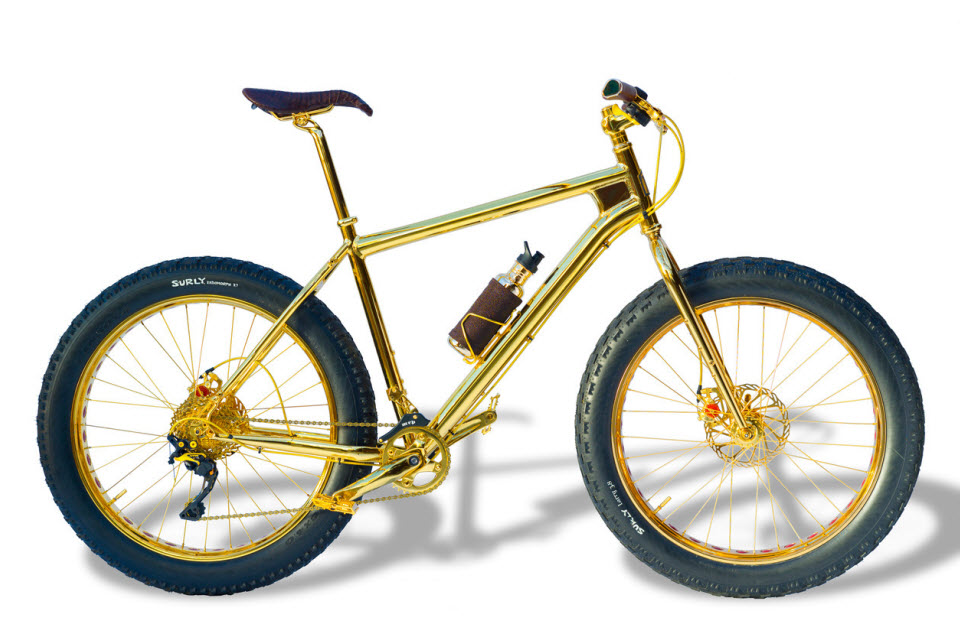 We don’t know how much money you’ve saved so far from riding a bicycle instead of driving a car. If it’s anywhere near a million bucks, though, you can celebrate that historic savings success by splurging on this 24-K Gold Extreme Mountain Bike.

Made by The House of Solid Gold, it’s being billed as “the most expensive mountain bike in the world.” At a cool million dollar price, we doubt anyone will object. Seriously, you can buy tricked out supercars with that kind of money. 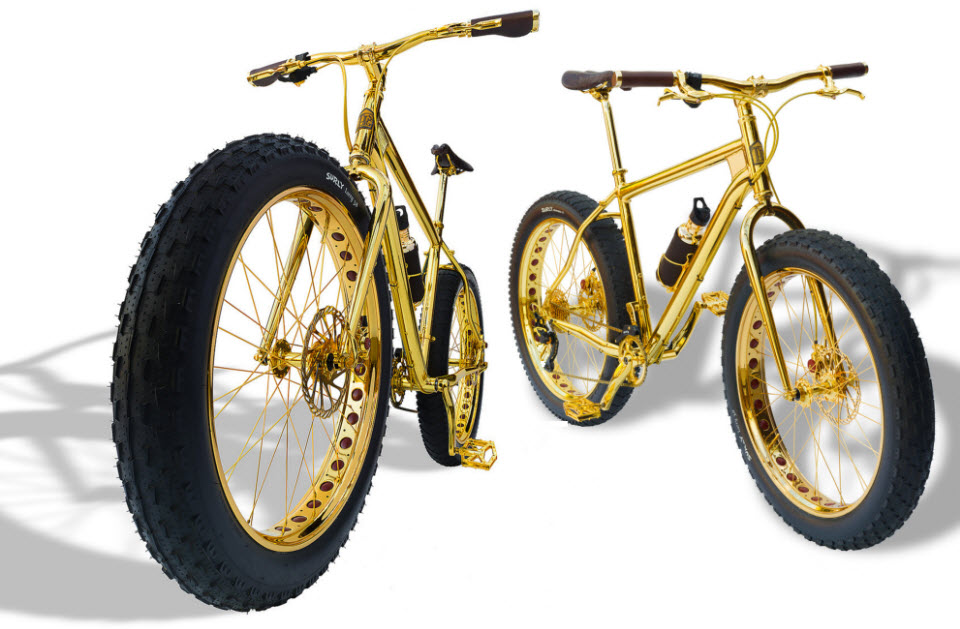 Nicknamed “The Beverly Hills Edition” (no, really), the 24-K Gold Extreme Mountain Bike is a fat bike that’s been coated in 24-karat gold in every nook and cranny. They did spare the tires and all the leather parts from the electrocoating, but everything else, from the Salsa Mukluk XL 2-inch aluminum frame to the Shimano PRO FRS Riser 20 handlebars to the Avid disc brakes to the cable covers, is literally covered in the shiny metal. It comes with THSG emblem that’s encrusted in 600 black diamonds and 500 golden sapphires. Bling.

Will they really be able to sell even a single one of these things? We don’t know. Only 13 of these monstrosities will be made, though, so there are more billionaires on the planet than these bikes, ensuring there are enough people who can afford this thing that might actually end up buying it. Or end up not buying it, whichever the case may be.