What does a 5000 watt amplifier sound like?  I have no idea.  Twenty-five people will, though, when Goldmund ships the Telos 5000 amplifier to those lucky few who can afford them.

Measuring three feet and one inch tall, weighing 651 pounds and costing $189,600, this is as heavyweight as an amplifier can get?  Is it worth forking that much cash for?  Unless you’re living in a football stadium and listening to your music in the middle of the field, probably not.  Wouldn’t it be cool to wake up the neighbors cranking one of these things, though?

Fantastic, great-sounding amps generally offer a THD+Noise rating of 0.005%.  The Goldmund Telos 5000, on the other hand, clocks it at 0.0005%.  Specs sheet lists the frequency response at 0 Hz to 300,000 Hz and range at 0 to 2.5 megahertz.  The numbers are so far beyond what any human ear can make out that it shamelessly teeters that dangerous line between coolness and absurdity.

Powered by sixteen separate transformers, there are simply no amplifiers that even come near what the Goldmund Telos 5000 produces.  Even more importantly, no human will probably want something as ridiculously expensive.  That last bit was my own uninformed opinion, by the way, because according to Goldmund, most of the 25 units have already been paid for – gasp! 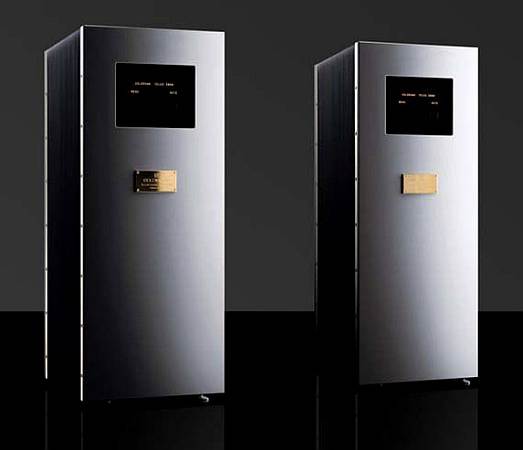