Goofy Foot Is A NES Controller For Left-Handed Retro Gamers 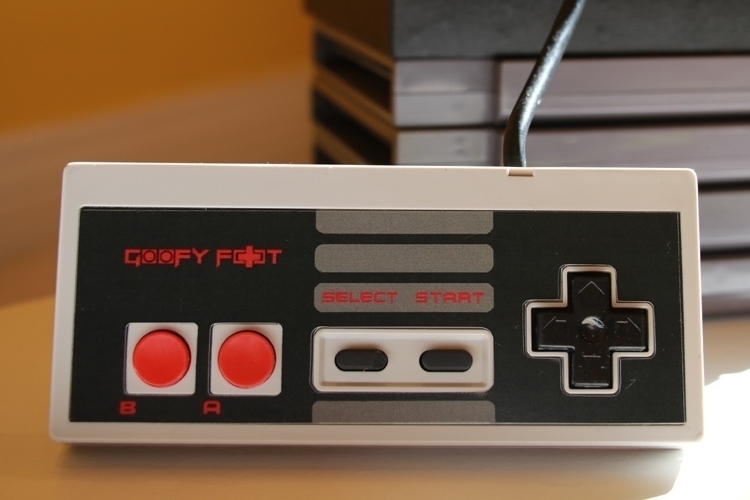 All game controllers are designed to serve the most players. As such, they’ve always been laid out with right-handed users in mind. That means, directional buttons on the left and action buttons on the right. That’s what makes the Goofy Foot such a rarity in game controllers, as it’s laid out the other way, so left-handed guys can finally play on even terms.

A retro NES controller, it literally reverses the layout of the classic NES gamepad, putting the direction buttons on the right and the action buttons on the left. Heck, they even switched the A and B buttons for the heck of it, so lefties can finally play Super Mario, Tecmo Bowl, and Castlevania without the longstanding disadvantage. 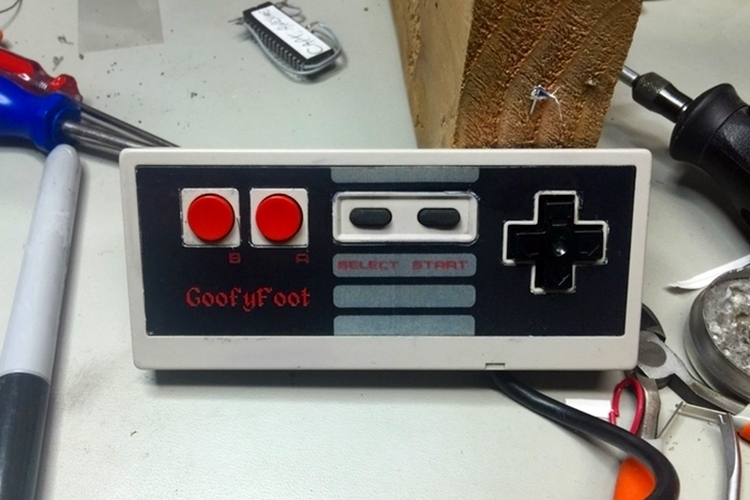 The Goofy Foot is a real retro NES controller that mimics the same aesthetics as the original gamepad, complete with a 7.5-foot cord and a NES 7 pin plug. That’s right, it’s designed to plug into the original console, along with modern clones that use the same connector, like retroUSB AVS and the Hyperkin Retron. Sadly, that connector won’t be compatible with the NES Classic Edition, although they’re planning to offer an adapter for those who bought (or are buying) the brand new mini-NES. 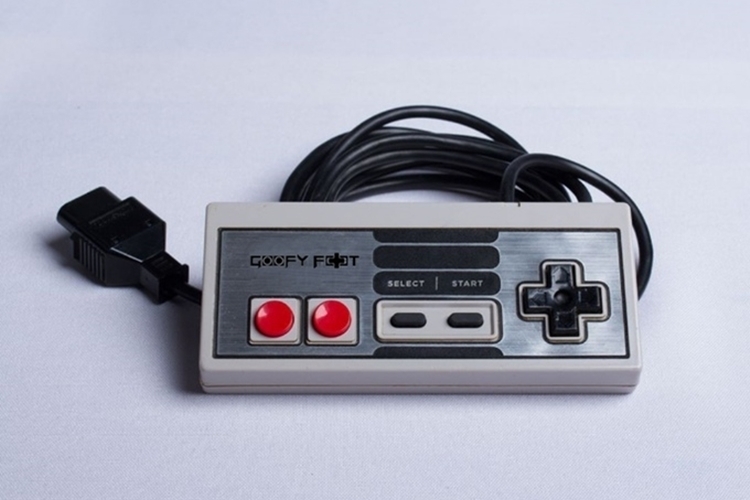 A Kickstarter campaign is currently running for Goofy Foot. You can reserve one for a pledge of $46.