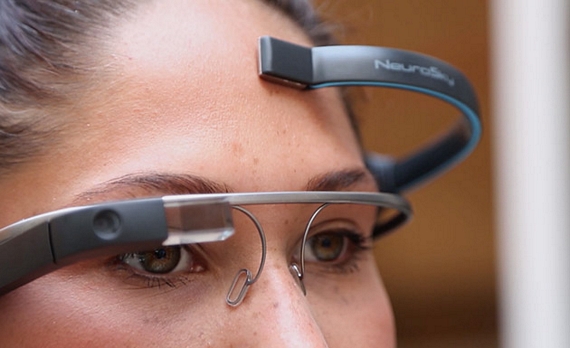 Because wearing Google Glass around town wasn’t strange enough, somebody made a software that combines it with an EEG biosensor headset to turn you into an even more strange-looking tech nerd.  Seriously, it turns you into futuristic cyborg supersoldier levels of weird-looking.  Called MindRDR, the app lets you activate Google Glass’ camera shutter using nothing but your thoughts. But forget the looks part for a minute, this is not a bad idea at all.

When paired with MindWave Mobile (the popular low-cost, research-grade EEG headset) from Neurosky (the guys behind those Necomimi Cosplay Cat Ears), the app will take care of identifying the specific brainwave commands that will trigger Google Glass to snap a photo.  That way, you don’t need to lift a finger or say anything to take a creepy spy shot – simply think a thought to generate the specific brainwave and it’s done. 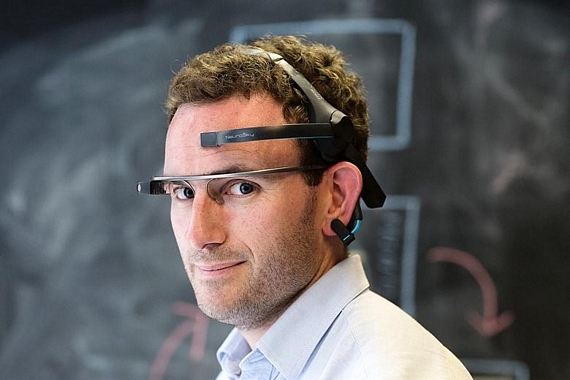 MindRDR doesn’t just stop at taking a photo.  You can also use the system to navigate the UI and share the photo on social networks using nothing but your thoughts.  The system extracts two kinds of data from the EEG headset, namely a user’s attention and meditation levels, which it analyzes to determine whether a command is being issued.  The app’s creators, London-based design outfit This Place, plan to expand the functions going forward, using the app to control more features of the Google Glass interface.  To hasten further development of the technology, they’ve decided to release all the source code publicly, allowing interested developers to use it as a base for their own brainwave-controlled Google Glass applications.

Now, if only someone can make an EEG headset that won’t turn you into a public spectacle…