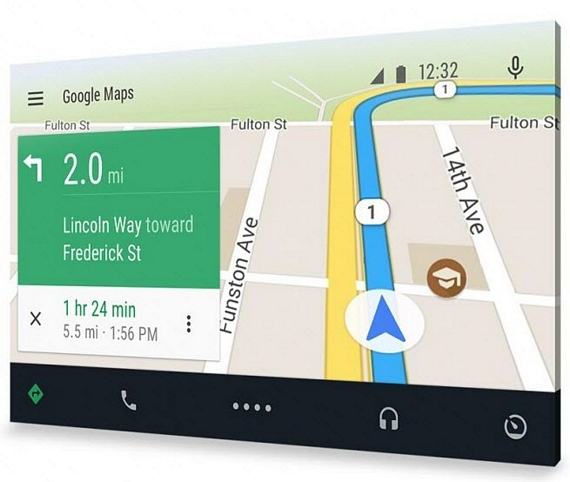 With Apple having previously announced its intentions of being in everyone’s vehicles with Carplay, we all had a feeling Google will be announcing their own take on in-car infotainment sooner than later.  And that’s exactly what they did with the official unveiling of Android Auto, which brings the company’s mobile OS into automobile dashboards.

Similar to Carplay, the system will hook up your Android phone via cable, essentially using the vehicle’s display as a screen casting accessory.  Rather than put up the default Android homescreen, however, what you’ll see is a car-optimized version with large buttons, easy-to-read graphics, and a minimal offering of features that center around Maps, Music, Calls, and Google Voice. 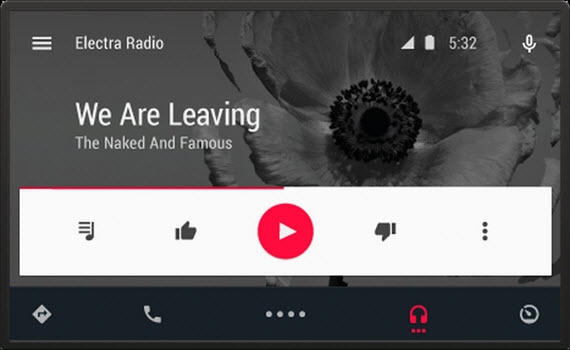 Android Auto will bring all the music you play on your phone into the vehicle’s infotainment system, along with all the convenience of Google Maps’ turn-by-turn navigation.  Even better, you can control the system via voice command, requiring little need to take your hand off the wheel to tap onscreen.  It will, of course, let you take and receive calls, as well as listen to text messages, which the system will read, so you don’t have to take your eyes off the road.  There are also plenty of new features designed specifically for motorists, such as giving you reminders when you are near certain locations (e.g. your house) or offering to navigate to a place after you ask Google Voice tangential questions about it (e.g. what time a store closes).  It will also come with a separate SDK, so we’ll likely see plenty of new apps for this in down the line.

Google says cars that are compatible with Android Auto will begin coming to showrooms later this year.  It will only work with phones running Google’s upcoming and still unnamed Android L operating system.