Google’s offices have long been a source of fascination for outsiders, with colorful and imaginative designs that are a downright refreshing break from the normally drab and industrial atmospheres of traditional offices.  The company’s new Google Japan office is no different, incorporating Japan’s lively culture and history into each of the office’s numerous spaces. 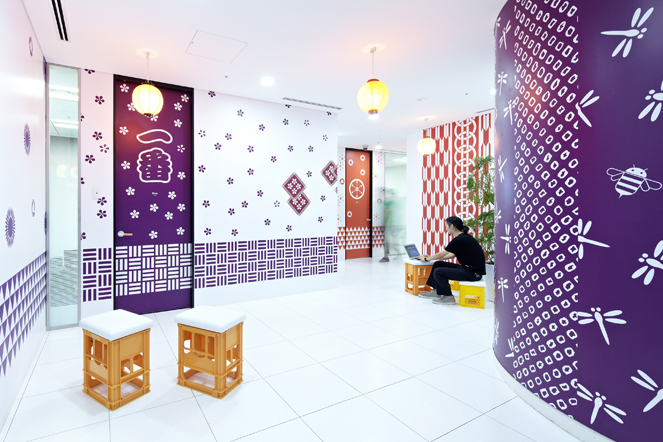 Designed by Tokyo-based Klein Dytham Architecture, the original design borrowed heavily from traditional Japanese fabric prints and contemporary anime, which, we imagine, is already a large departure from many office interiors.  Google, however, vetoed that, requesting for an “even more vivid evocation of Japanese culture.”  The result is a striking interior that references a literal hodge podge of Japanese elements, including national festivals, traditional imagery, local sceneries and more. 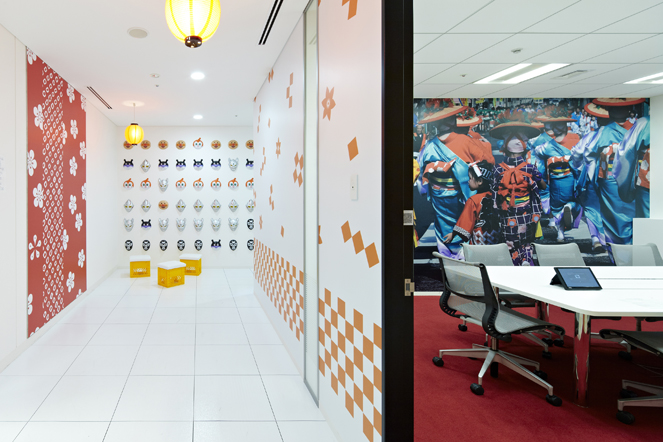 Taking up several floors of the Roponggi Hills Tower, Google Japan’s interior doesn’t just give the space unique character — it also facilitates wayfinding, since each space is almost always uniquely identifiable.  For instance, each zone across a floor is assigned a specific color that’s modulated using different tones, with landmarks that make it easier for guests to figure out their location.  Same with the various mini-kitchens (because, let’s be honest, bored office folks like to eat), which are each clad in different colors.

Various spaces get different themes, of course: one is designed as a bathhouse, with ceramic floor tiles, a painted mural of Mount Fuji, and workstations that look like dressers of some sort; a series of meetings rooms are dressed like a matsuri event (a traditional festival), with red and orange patterns, festive graphics, and seats consisting of beer and sake crates; there’s another area done up like a residential road, with perforated concrete block walls that hide lounge areas; a mobile street-food stall that goes around the various offices; a carwash-themed cafe; and more.

Basically, Google Japan has the kind of office your grandfather would have mistaken for a kindergarten classroom.  Unless your granddad was Eric Schmidt.  Or something like that. 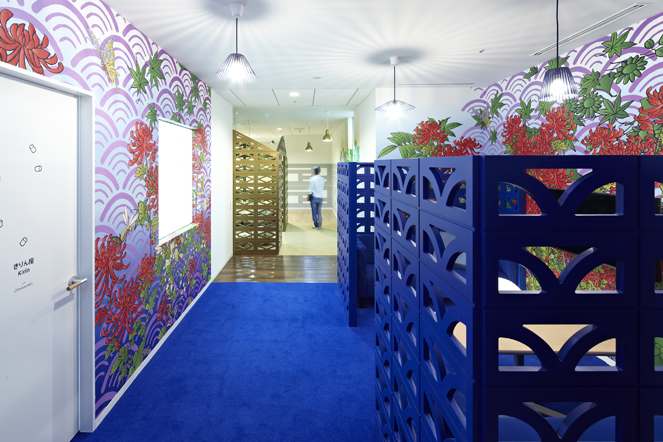 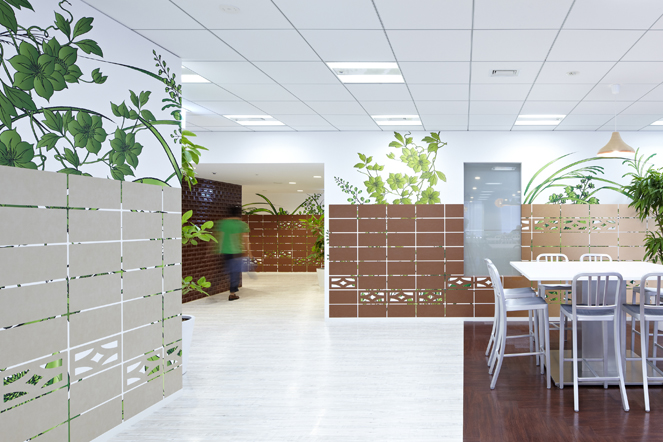 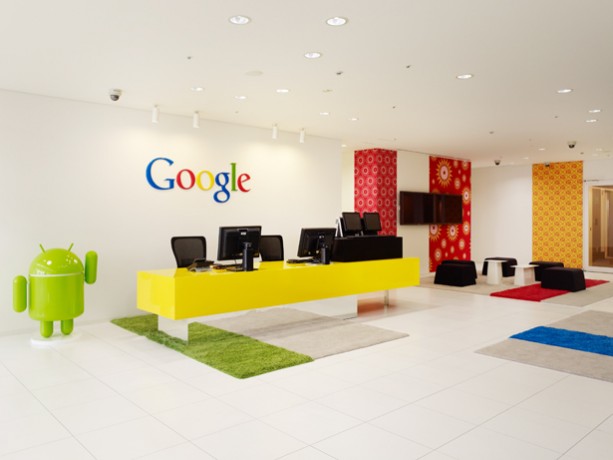 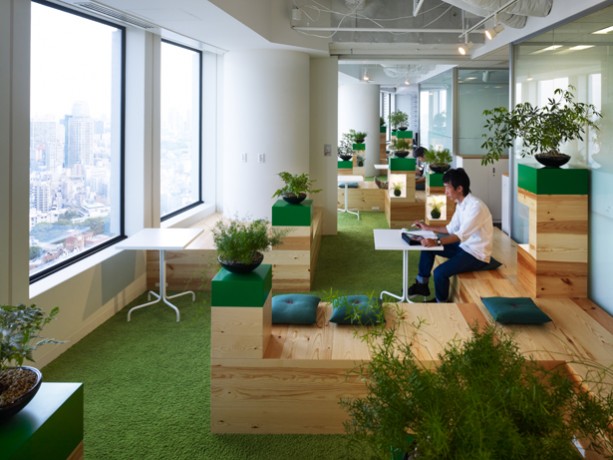 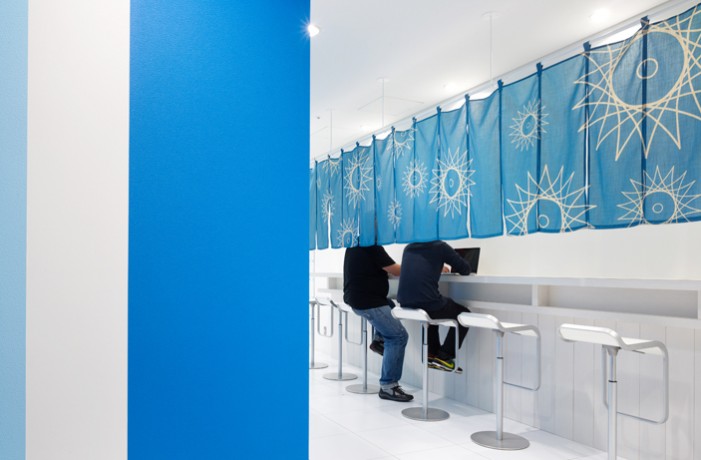 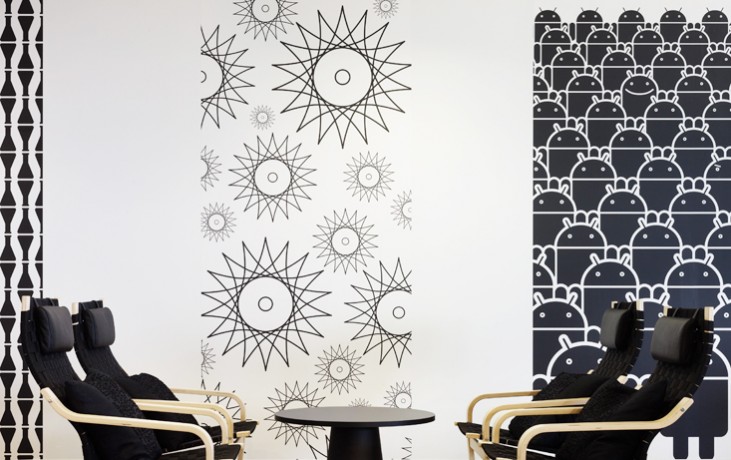 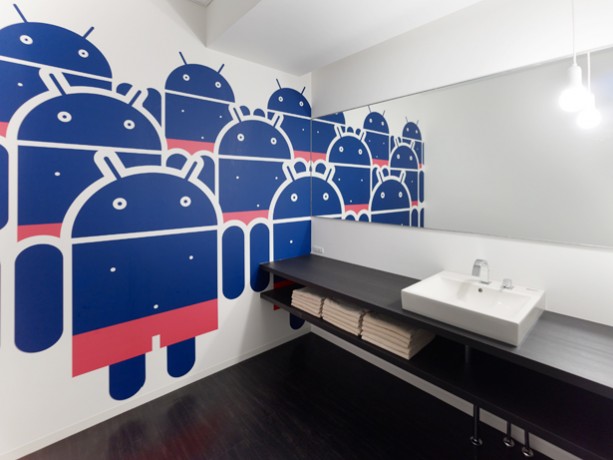 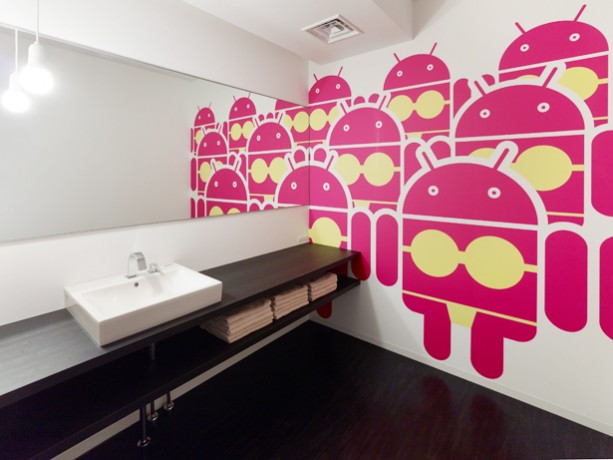 [All images are copyright of Klein-Dytham]