Google Music Beta Launches, Streams Your Music From The Cloud 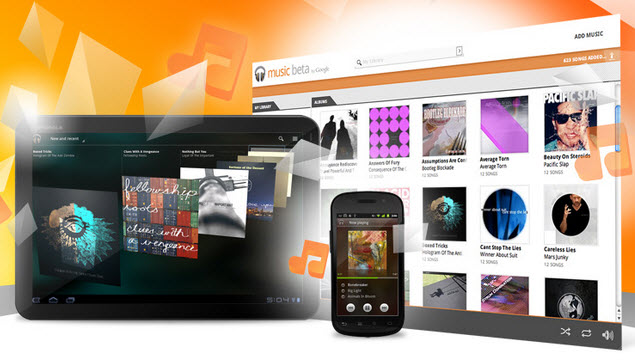 Music streaming from the cloud — that seems to be where the future of enjoying your record collection is headed.  And Google is getting in on the action now with their just announced Google Music Beta.

No, it’s not like Spotify.  At least, not yet.  As it turns out, Google can’t iron out the licensing kinks for that with US labels either, so this one’s strictly limited as a place to dump your songs for cloud-based streaming access from any device.  That way, you can upload your music collection and have them easily playable from your Android smartphone while on the road without having to load them all on the handset itself.

Currently, you’ll need to request an invite before you can sign up for Google Music Beta.  Once that’s done, you simply install their Music Manager on your desktop computer and start adding songs.    It has all the usual music management features you get from a software like iTunes, such as storing pertinent data (play counts, ratings), searching for songs, making playlists and even a Genius Mixes clone (called Instant Mix).

Once your songs are stored on Google’s servers, you can access them from any smartphone, tablet or computer using the corresponding app for the platform.  All recently streamed songs are cached for faster playback, as well as persistent availability in case you lose your internet signal.

Basically, Google Music Beta is no different than what Amazon’s cloud service is also offering.  With potentially tight integration to future versions of Android and Chrome, however, Google could very well grab a lion’s share of users with the service.   Now, if only they can manage to ape what Spotify offers in the UK…