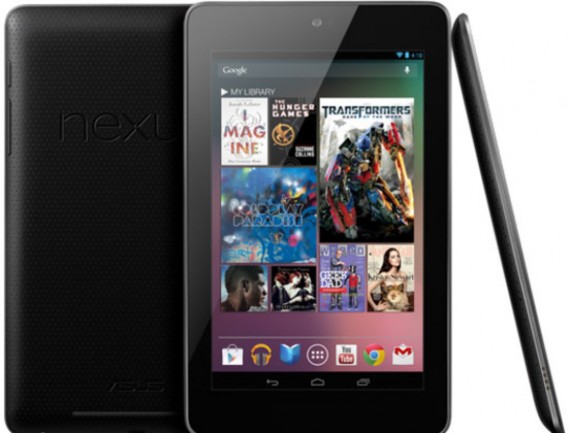 We’ll probably never get an iPad killer, but we sure damn well can use an injection of excitement in the Android tablet space.  And for all intents and purposes, that just may be what the Google Nexus 7 does.

Built by Taiwan-based manufacturer Asus, the new slate takes on dimensions similar to the Kindle Fire, quickly positioning the device as a credible opposition to Amazon’s popular 7-inch tablet.  Adding fuel to the fire (pun intended), Google’s intending to peddle it at the same price point.  Coupled with Google Play dipping its toes in pretty much every category that Amazon Prime does, it’s clear who the immediate target of this product is going to be.

Details of the Google Nexus 7 include a 7-inch IPS touchscreen display (1280 x 800 resolution), a 1.2 megapixel front-facing camera, two options for built-in storage (8GB or 16GB), aGPS, WiFi, Bluetooth, NFC, built-in mic and a 4,325mAh battery (rated at up to 8 hours of use).  Action is powered by a quad-core Tegra 3 processor, paired with a GeForce 12-core GPU and 1GB of RAM.

Orders for the Google Nexus 7 are now available at the Google Play store for people in the US, UK, Canada and Australia.  Price is $199 for the 8GB model and $249 for the 16GB version.