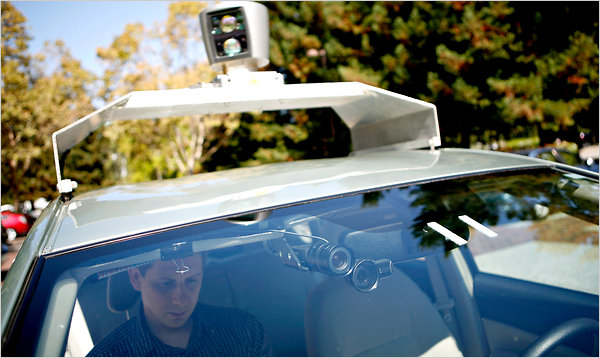 If you needed any more proof that Google is building its own Skynet, here’s the next piece of glaring evidence:  self-driving robot cars.   More specifically, the company has revealed their ongoing tests on an entire fleet of autonomous vehicles, which have logged a total 140,000 miles of road time.

Still in its early stages, the ever-expanding search company’s new endeavor involve a total of seven modified cars, consisting of six Toyota Priuses and one Audi TT.  They’re not just being tested on secret underground lairs, either, but have actually been making their way through California roads using robot AI.  Yes, buddy, that weird Prius you saw along the Pacific Coast Highway with the cylinder on the roof was driving by its lonesome (with a human passenger who can take over in case the robot fails). 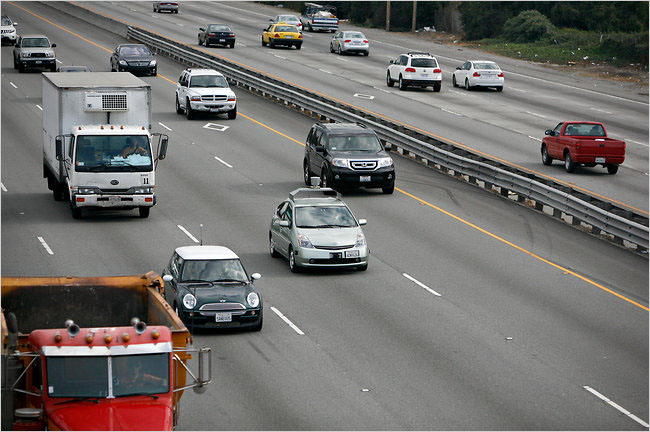 Naturally, a number of modifications have been made to allow the cars to drive without human intervention.  A roof-mounted Lidar sensor, for instance,  constantly rotates to scan approximately 200 feet in a 360-degree direction, allowing the onboard computer to create a precise 3D map of the surrounding environment in real-time.  Near the rear-view mirror sits a video camera, which detects traffic lights and captures scenes in front, so the computer can process when there are moving obstacles in front.   On the left rear wheel lies a position estimator, which measures small movements made by the vehicle to help the system locate its precise map position.    Along the bumpers sit four automotive radar sensors (three in front, one in the rear) to help determine the position of distant objects in the vicinity.

All of the above changes, along with the onboard driving computer, work together to enable the cars to drive themselves.    Since this is essentially a robot with 360-degree vision, it’s able to react faster than humans, all while staying within all traffic regulations (e.g. speed limits are programmed depending on GPS location, distance from other cars is perfectly maintained, etc.).  Only one accident has happened, thus far, when one of the automated units was rear-ended during a stoplight (yep, blame the humans).

Obviously, Google’s robot cars are still many years away from entering mass production.  However, it has become a very real proposition, given that one of this generation’s most forward-thinking companies is taking the helm.