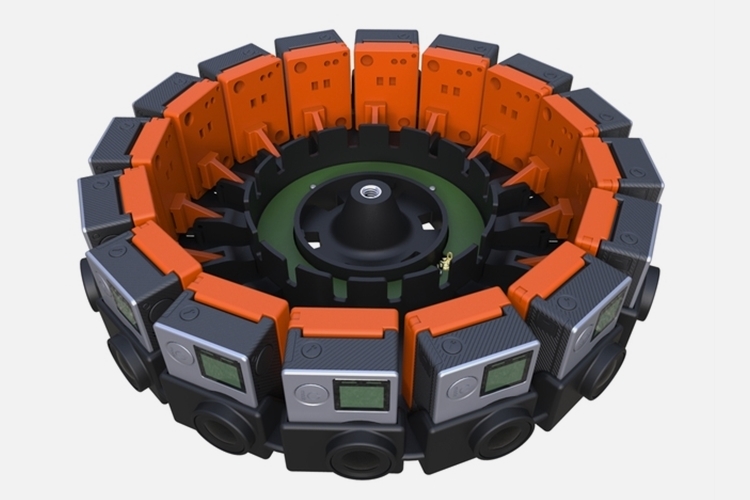 Unlike the first time it made a splash, virtual reality looks like it’s going to stick this time around. And we’ll need an entirely new set of gear to create the kind of content that people will enjoy inside a VR environment. That’s exactly what this GoPro 360-Degree Camera Array is designed to produce.

Made by GoPro in partnership with Google, the rig captures video at a full 360 degrees, allowing folks to create the kind of stereoscopic, spherical content that makes virtual reality so immersive. Whether you’re shooting a live concert experience, an action sports scene, or a serene tour across a scenic landscape, this thing will capture it all from every single angle. 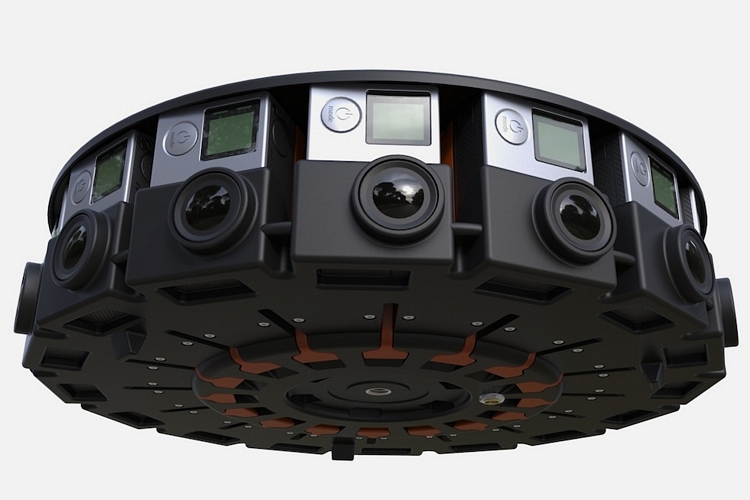 The GoPro 360-Degree Camera Array consists of 16 GoPro action cams arranged in one circular frame.   All 16 cameras are designed to work together as a single unit, complete with shared settings, camera syncing, and multi-camera control. Extra power is integrated into the system, too, allowing the ensemble to film at lengths of time longer than traditional GoPro cameras.

The round frame’s size and the cameras’ positions are optimized to work with Google’s Jump Assembler software, which takes charge of stitching the individual feeds into a stereoscopic video. Google claims the software can do perfect stereo assembly, ensuring distance is accurately captured and everything is arranged in a seamless panorama.

Google will be seeding out the GoPro 360-Degree Camera Array to select YouTube content creators, as a way to kickstart Jump’s integration into the popular video service. The camera is expected be made available commercially shortly thereafter.