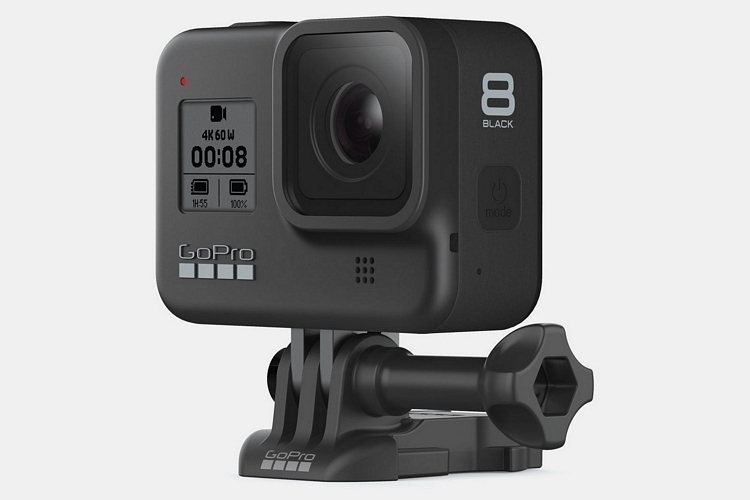 Unlike previous releases, the GoPro Hero8 Black doesn’t bring that one killer feature that sets it apart from its predecessors. From 4K shooting and digital image stabilization to livestreaming options and everything in between, there’s nothing in the new action cam that you haven’t seen before. Instead of new features, the outfit focused on refinement, updating the GoPro’s most important elements to make them even better.

If you’ve been using GoPros for a bit now, chances are, you’ll notice the physical redesign. You know how the GoPro has always had a frame that you needed to attach to give it mounting brackets? That’s gone now. Instead, they integrated the brackets right at the bottom of the device, then moved both the battery and SD card slots to the right. This way, you can still charge the camera and swap out storage cards even with the action cam mounted on a tripod, making it just a tad more convenient to use. If you ever left home forgetting to bring that detachable frame, then you know this makes for a very helpful change. 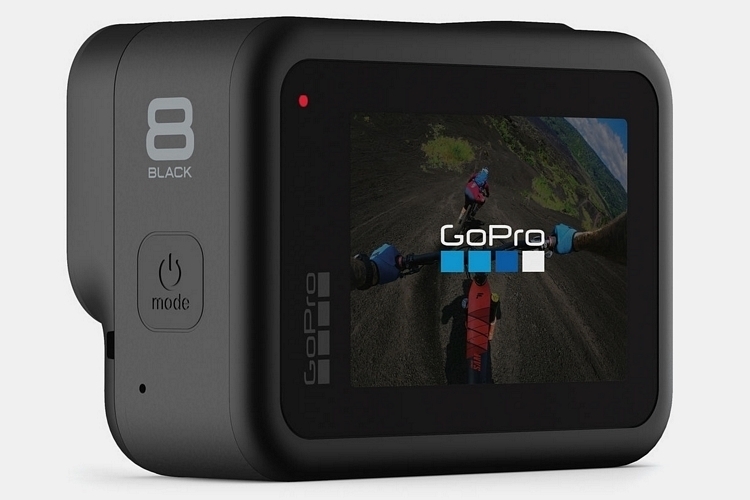 The GoPro Hero8 Black can record in 4K at 60 fps and 1080p at up to 240 fps, along with a whole host of settings in between, making it perfectly viable for shooting everything from ultra-sharp fixed-frame scenes to high-quality action shots in slow motion. One of the big updates last generation is the addition of digital stabilization. Well, that gets even more refined here, with early reviews touting its ability to mimic the appearance of shooting with a gimbal. Those same reviews, however, warn that the stabilization processing is so good, some shots can look artificial (as in, you’re expecting movement and not getting any). That’s why the outfit added the ability to choose how much stabilization you want to do – set it on high for maximum smoothness and lower a bit, depending on how you want the footage to feel. And yes, the stabilization is available in all shooting modes now, regardless of resolution or framerate. 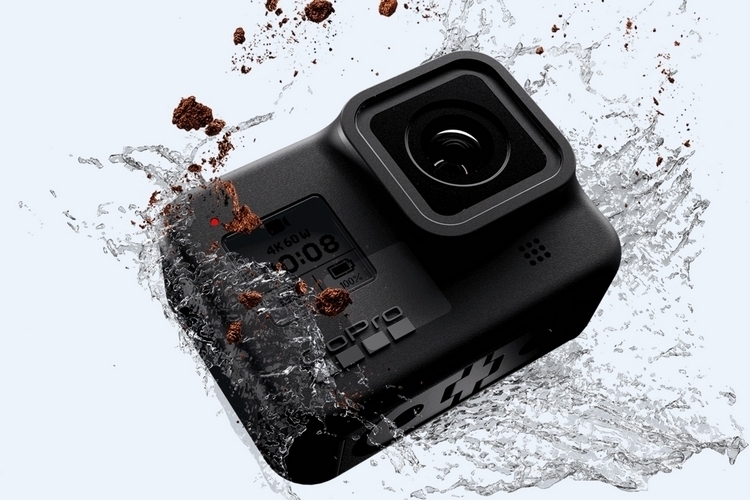 The GoPro Hero8 Black also comes with an updated version of the outfit’s timelapse mode, complete with automatic speed adjustments based on different conditions, as well as four digital lenses that alters the frame’s field of view for more stylized shots. Other notable features include 1080p livestreaming, new activity presets that automatically change the settings to suit the situation, 14 voice commands, and improved audio recording with three onboard mics. As always, the camera remains rugged with the same familiar shock-absorbing body and waterproof construction up to 33 feet. 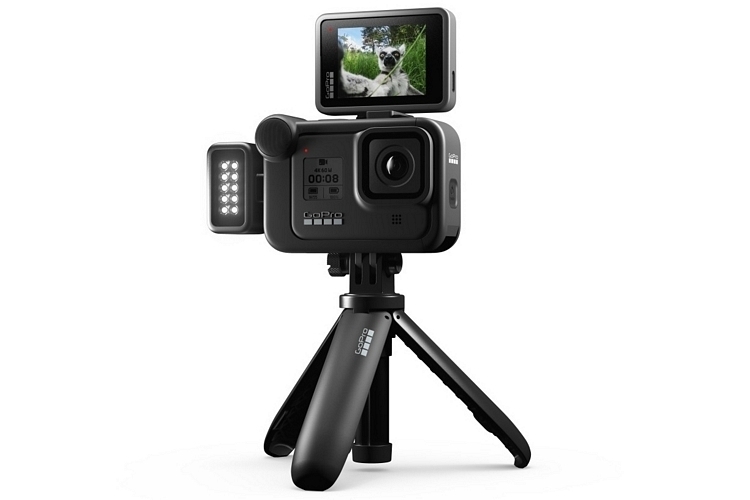 Of course, they also offer new accessories. These include a Media Mod, which gives it a shotgun mic, a 3.5mm mic slot, two cold shoe mounts, and an HDMI port, as well as a Light Mod that puts powerful LED lighting on top of the device. Those still hankering for a screen on their action cam can pick up the Display Mod, which adds a flip-up screen that you can use to finally take properly-framed selfies with your GoPro.

The GoPro Hero8 Black is available for preorder now, priced at $399.99.