GoSun Go Gives The Solar Oven Its Most Portable Form Yet 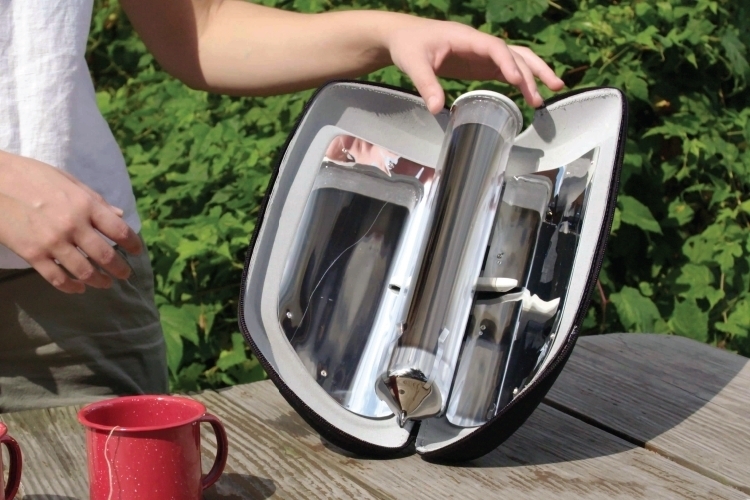 We’re big fans of GoSun’s portable solar ovens, as they let you cook food using nothing but the heat of the sun. Problem is, the darn things are big and awkward to carry, making them less-than-ideal for those days when you’re camping solo or exploring the wilderness on your own. The GoSun Go changes that.

Able to pack into a case measuring 14.2 x 3.4 x 7 inches (length x depth x height), the whole thing is reasonably compact, making it a suitable candidate for including in your pack in favor of a traditional survival stove. Granted, modern survival stoves still pack down way smaller, but if you’ve been looking to take advantage of the sun for your cooking, the size sure makes this a viable option. 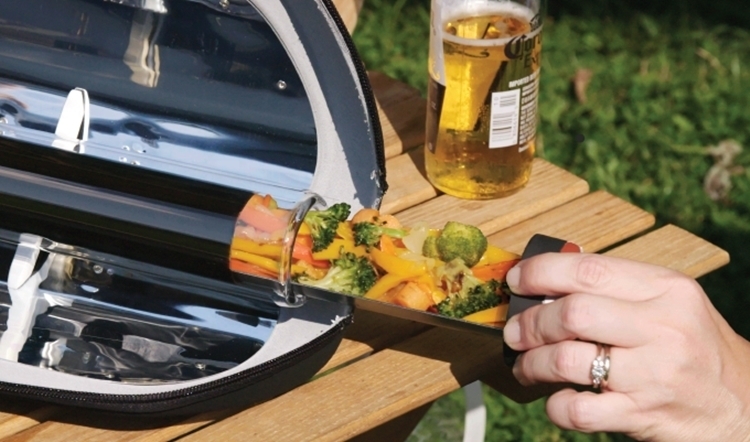 Opening the case of the GoSun Go reveals the cylindrical-shaped cooking rig, which is actually affixed to the case that also doubles as its stand during use. To cook, simply pull out the cooking tray, place your food on it, and push it back in. From there, you just leave it in area where it can get sunlight and wait. According to the outfit, it can cook most meals within 20 to 30 minutes, so you can take a short nap and wake up to get your food hot and fresh. And, yes, you can use it to boil water for your hot coffee in the morning.

According to the outfit, the oven is able to cook using nothing but the sun because due to its efficiency at turning light into usable heat. Using a selective absorbing surface, it claims to retain around 80 percent of the radiation that hits it, which it converts into heat and traps inside the oven’s vacuum layer. And, yes, it can get pretty hot, with the outfit claiming temperatures of up to 500 degrees Fahrenheit inside the cooking chamber. 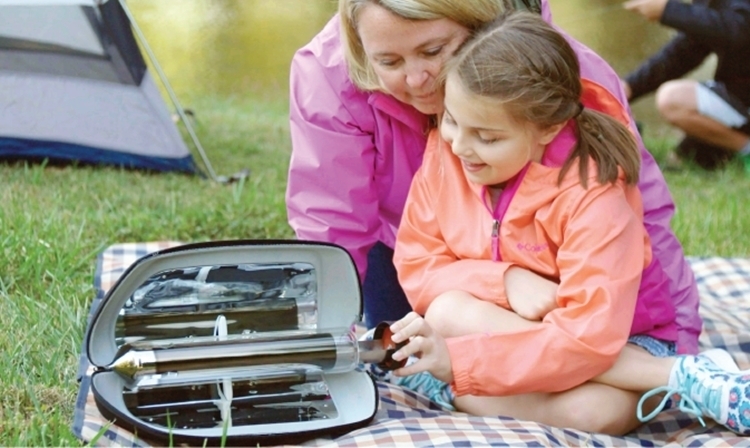 Despite its ability to cook food, the exterior of the GoSun Go actually stays cool to the touch, so you don’t have to worry about accidentally burning yourself while cooking up your dinner. Because of its small size, though, the new oven can only accommodate cooking for one person at a time, making it ideal for solo campers but not for anyone else. 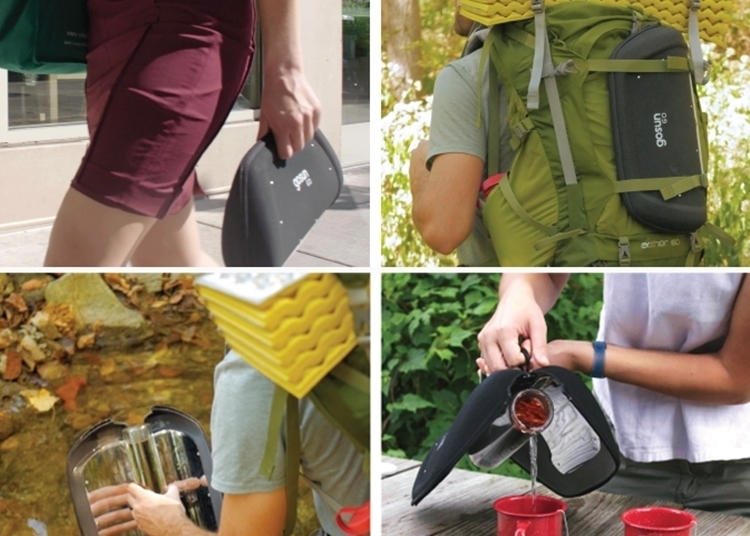 It can be used both horizontally (for food) and vertically (for liquids), with the kickstand in the spine allowing it to stand upright in a tilted angle for easily facing sunlight. The case, by the way, is made from EVA molded foam that should help protect all the glass components inside during transport. It’s also safe to submerge in water (including saltwater), so no worries about using in the lake, by the poolside, or at the beach. Not sure how to cook in this thing? Not a problem, as it comes with a recipe booklet where you can pattern your own meals. Do note, some recipes will require up to two hours of cooking since the oven can’t go any higher than 500 degrees.

A Kickstarter campaign is currently running for the GoSun Go. You can reserve a unit for pledges starting at $85.