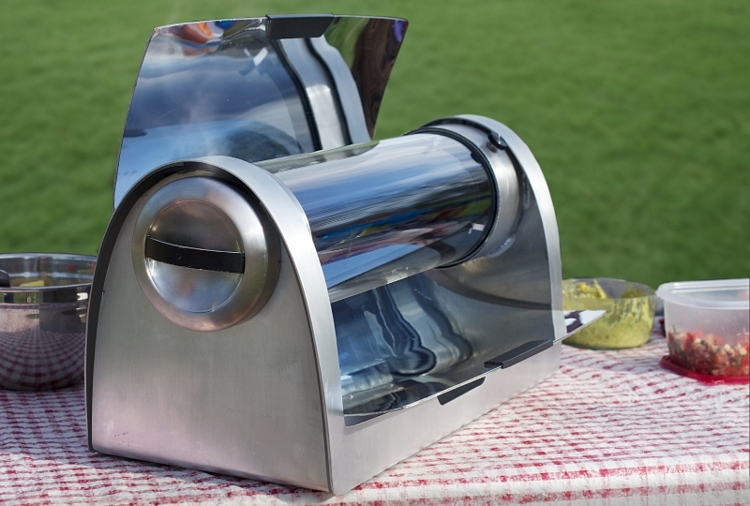 We’re big fans of the GoSun Stove, a portable sun-powered cooker that can whip up three pounds of food in one go. The GoSun Grill is a redesigned version of that solar cooker, bringing changes that make it an even more powerful appliance.

Increasing cooking capacity, the new solar-powered appliance uses a larger cooking tube, allowing you to fit whole chickens and serve as many as eight people in one cooking. It’s also intended more for backyard use, with a larger frame that measures 25 x 12.6 x 11 inches (l x h x w) and weighs 20 pounds. 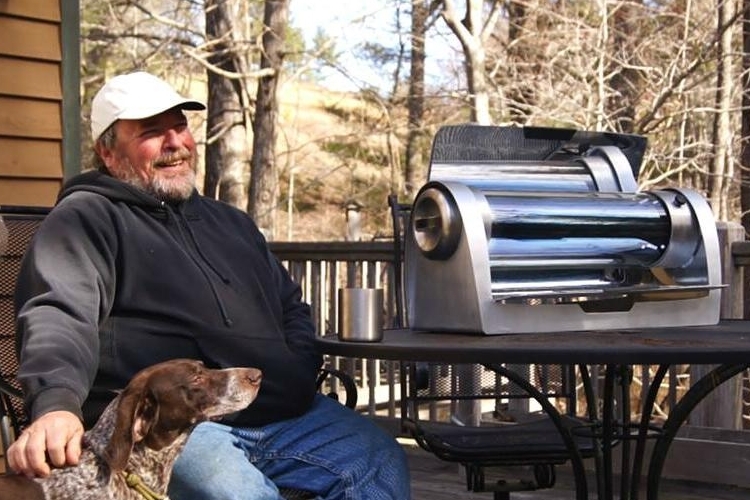 Like their original stove, the GoSun Grill uses reflectors to catch sunlight, which it uses to raise the temperature inside the evacuated glass tube where all the food sits to around 300 degrees. Versatile as ever, it can used for baking, roasting, frying, broiling, and steaming, with separate pans included to support different types of cooking. Yes, it still can’t sear meat (you need an open flame for that), but it should be functional for everything else you do in the kitchen.

More importantly, it includes a new innovation that makes the appliance usable even in the absence of sunlight. That’s right, it’s a solar-powered cooker that can run without the sun. This newfound prowess comes courtesy of a “thermal battery” that soaks up heat from sunlight, then lets you use that heat to cook food for up to four consecutive hours. When cooking with the battery, you simply insert it into the grill, place the cooking pans on top, and let the heat do the rest.

A Kickstarter campaign is currently running for the GoSun Grill. Pledges to reserve a unit starts at $349.